Many interesting people have graced the shores of Mobile Bay, but no one compares to Octavia Walton Le Vert. The archetype of a socialite, Octavia performed the role of hostess in antebellum Mobile for more than 30 years. When Octavia moved to Government Street with her husband Dr. Henry Strachey Le Vert in 1843 and initiated her lavish parties, she was known by everyone as “Madame Le Vert.” By utilizing her notoriety, connections and charm, she invited the most important people in the city, the country and the world into her extravagantly decorated gold and silver salon full of family portraits and items collected from her world travels.

To fully understand her entertaining prowess, one must first look to Madame Le Vert’s early life. She was a lady born into a famous family, destined to impact the world like her forefathers. In accordance with her training as a proper “belle, ” she was taught to entertain by her grandmother, Dorothy Walton, and mother, Sarah Walton: smart ladies of quality who knew how to work a room and who passed their skills on to Octavia. This granddaughter of a signer of the Declaration of Independence and daughter of the first governor of West Florida was able to leave her own mark on the world by becoming a master of society.

Madame Le Vert was praised by renowned figures such as Edgar Allan Poe, who wrote the poem “To Octavia” just for her. United States Senator Henry Clay, a three-time presidential hopeful, took the time to visit Madame Le Vert and her husband in their home while traveling through the South and enjoyed a ball held in his honor. The wealthy and famous delighted in the presence of the charismatic socialite, and those known for their sense and enlightenment were often found in her home. Washington Irving, the famous short story writer, called her, “A woman such as appears but once in the course of an empire.”

Location was everything in regards to the Le Vert residence, which was perfectly positioned on the corner of Government and St. Emanuel streets. This central location was within walking distance of the docks, the City Market and City Hall. The house, designed for entertaining with its large open windows and unique design, would be ablaze with candlelight and could be seen for blocks. To the side of the house was Dr. Le Vert’s office, a place of refuge for the medical doctor who loved to entertain like his wife, but to a limit. She was the ideal mate for this educated American physician, equal in the circles of society. She strongly complemented the doctor with her accomplishments as a linguist, writer and conversationalist — the perfect model of the Southern belle and hostess. 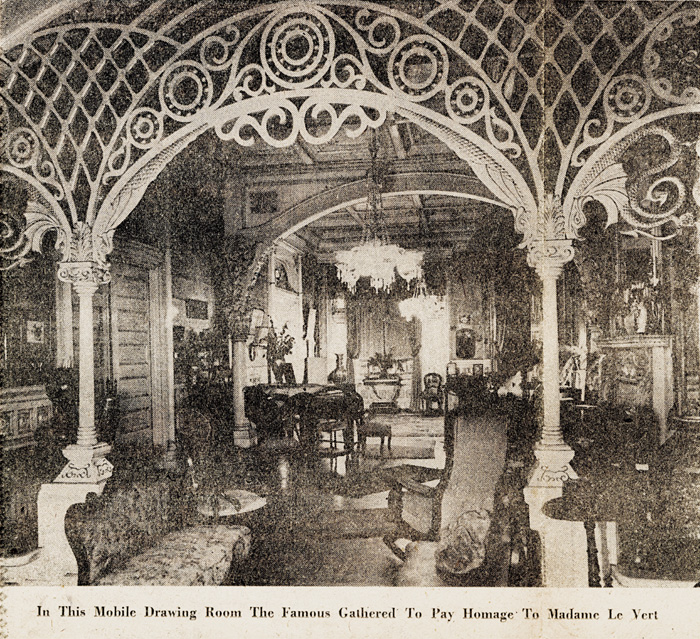 In the Library of Southern Literature, Mrs. John K. Ottley wrote, “The nearest approach to a salon which America has known was afforded by Madame Le Vert’s ‘Mondays.’ On these days during the season, her large, elegant home on Government Street was crowded from morning until night, with not only the elite of Mobile and the South, but the elect of every clime.” Another lucky guest, a Mrs. Clement Clay Jr., recalled the Boat Club Ball. “Two thousand invitations were issued, and the elegant mansion was set for the gala occasion. The one-time magnolias, oleanders and orange trees were strung with garlands of multicolored and shaped lamps. The house was ablaze with candlelight, and the walls were festooned with luxuriously blossomed flowers. There has yet to be a ball to rival it.”

While the Le Vert’s liked to entertain and practice the fine art of drinking, no record can be found describing what exactly she served at her parties. However, it is known that during her events, the punch bowl remained full and ready. Her proximity to the docks and the markets would promise easy access to vendors who would sell the “contents” for that bowl. Notably, a horticulturalist writing for the journal “The Soil of the South” visited Octavia and reported that her garden contained a superior scuppernong vine, which grew wine grapes, that was perfectly cared for and highly prized.

According to the Daily Picayune in 1853, the Le Vert family opened their home to internationally known Swedish author Fredrika Bremer. Madame Le Vert met Miss Bremer at a landing nearby, and Bremer stayed at the Le Vert home as a guest. “I must tell you something of my little friend, Mrs. Le Vert, because she has nestled into the inmost of my heart. How pleasant is it to be fond of and to love someone. And it is so strange that that little worldly lady, who I heard spoken of as a ‘belle’ and as the most splendid ornament of society wherever she went, has yet become almost as dear to me as a young sister!” 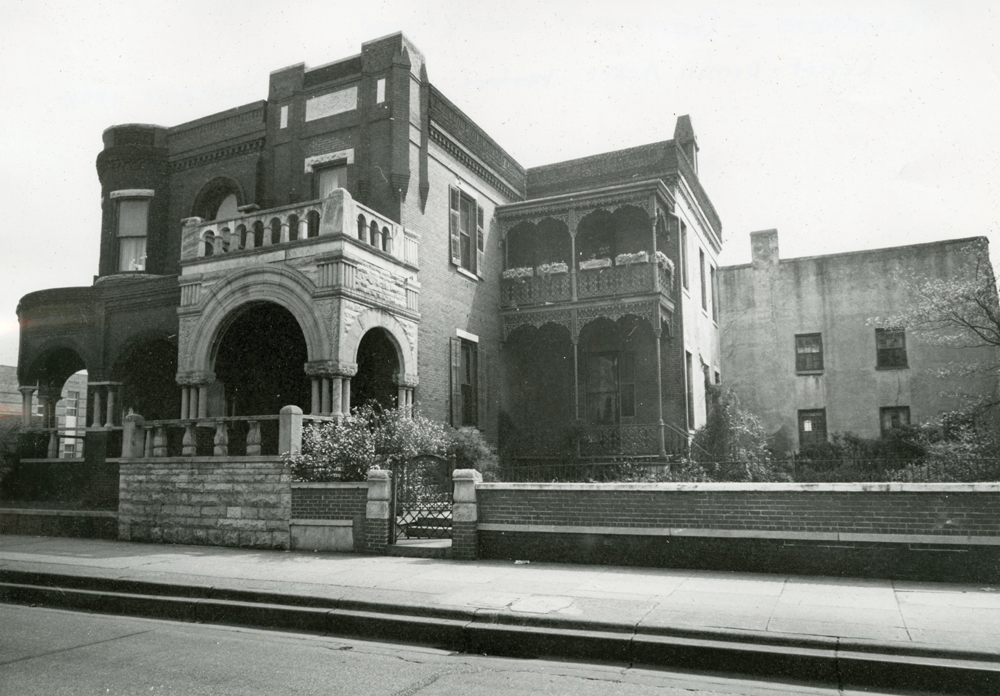 In addition to being very welcoming of visitors to her “Mondays, ” Octavia liked to be the center of attention. She accomplished this by dressing in the most fashionable styles. During one event, she arrived in a light blue silk gown covered with white roses. In her book, Belle of the Fifties, Mrs. Clay-Clopton recalled Madame Le Vert as being vivacious and smiling. She writes that Octavia once wore a gown of golden satin, and in her hair she wore a wreath of coral flowers with her Moroccan shoes matched in hue.

Like many social soirees, dancing and music were a staple of many of the Le Vert social engagements. Unless they previously attended a “Monday, ” many passersby would not realize that the music they heard was often coming from the fingers of Madame Le Vert herself, as she was well-versed in the Spanish guitar and not afraid to show off her abilities. When she graced the dance floor in front of her guests, she was noted to have moved like a bird on the wing, as Mrs. Clay-Clopton commented, “I can see her now in her shimmering robe as she swayed and glided, holding the shimmering gown aside as she floated through the ladies chain.”

But alas, society can be very fickle. Even though she had once been Mobile’s most famous belle, Madame Le Vert gradually lost social favor. She was accused of working as a traitor and spy for the Union soldiers she hosted in her home after the surrender of Mobile during the Civil War, and Madame Le Vert left Mobile for good, never to return. In error, she tried to use her home to foster peace and reconciliation, but instead she was shunned by the society that once adored her.