Margaret Ellen Starks and Major Todd Alan Oliver were united in holy matrimony at six o’clock in the evening on April 27, 2019, at St. Francis at the Point Church in Point Clear, Alabama. The Rev. Robert Green officiated. 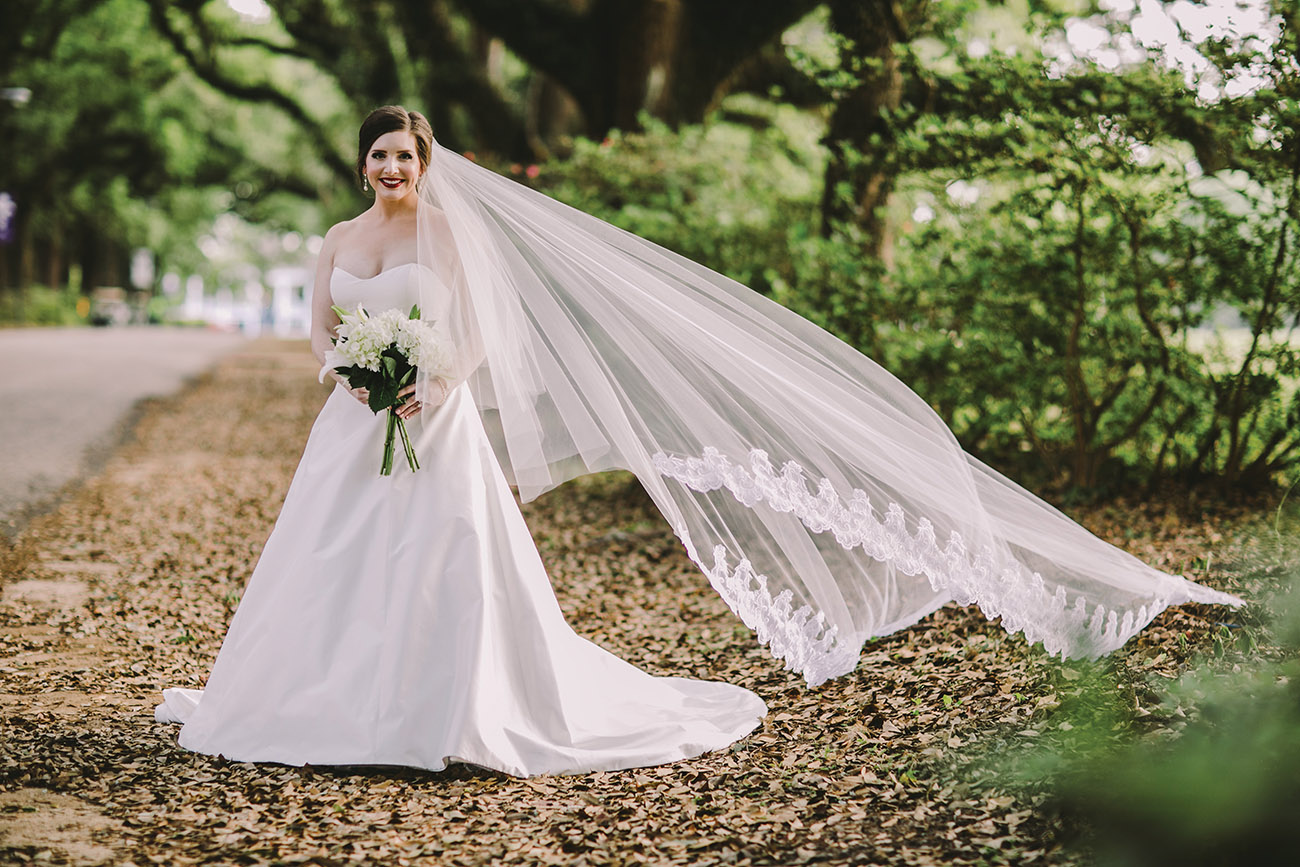 The ceremony began in worship with the congregation singing the hymn, Come Thou Fount. The bride, given in marriage by her parents and escorted by her father, entered the sanctuary in a strapless ballgown equipoised by a blusher and cathedral length veil which was framed with lace from the mother of the bride’s wedding gown, originally worn in 1986. Adorned in her mother’s pearls, a diamond necklace from her father and a gold bracelet from her groom, the bride walked down the aisle to The Prince of Denmark’s March. Before the bride and groom exchanged vows, the father of the bride shared a scripture reading from the book of Corinthians. After the pronouncement of marriage, the bride and groom took their first steps as husband and wife under a sword arch presented by U.S. Marines with whom the groom has served alongside.

Following the double-ring ceremony, the parents of the bride hosted a reception at Fox Meadow Farm in Fairhope, Alabama. Guests were greeted with tiers of champagne and the cocktail the couple first drank together, a classic Old Fashioned. Guests enjoyed Southern coastal favorites like pimento cheese sandwiches, oysters, and shrimp and grits. Set in the middle of Fox Meadow Farm’s expansive pecan grove, boxwood walls surrounded by white hydrangeas, orchids and roses framed the entryway to the sailcloth tent, a nod to the groom’s favorite pastime of sailing.

The newlyweds cut their gilded, six-tier cake with the groom’s mameluke sword, issued to U.S. Marine Corps Officers at the time of their commissioning, and shared their first toast as husband and wife with Arte Italica champagne flutes.

The bride and groom were sent off beneath a shower of sparklers and drove away in the groom’s 1979 CJ7 Jeep. Before departing on transportation provided by Old Shell Trolley, guests were gifted with a bottle opener and Budweiser beers, a tribute to the groom’s family business, Budweiser-Busch Distributing.

The couple enjoyed a beautiful honeymoon in Turks and Caicos and happily returned to Alabama where they reside in the groom’s hometown of Mobile. 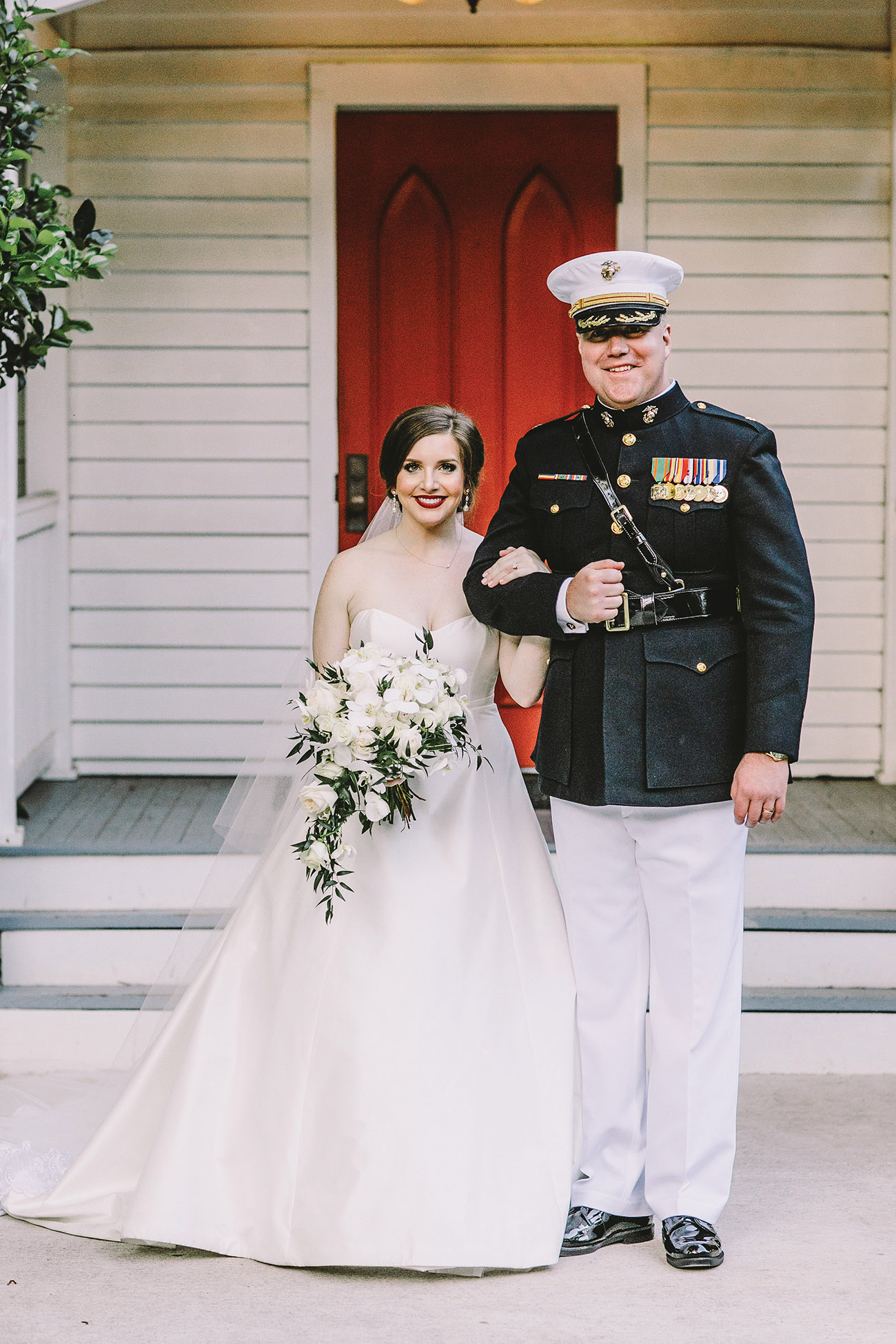 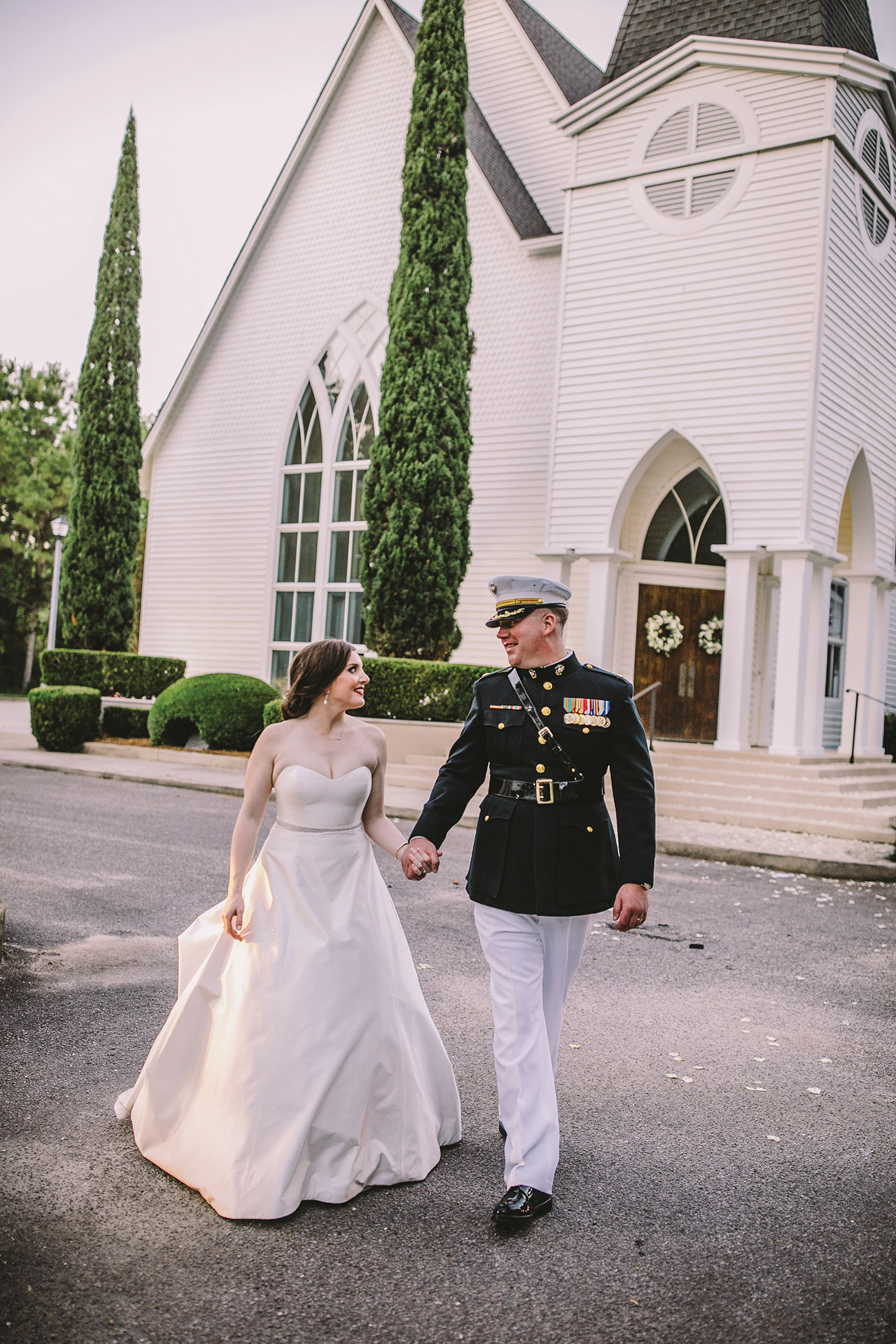 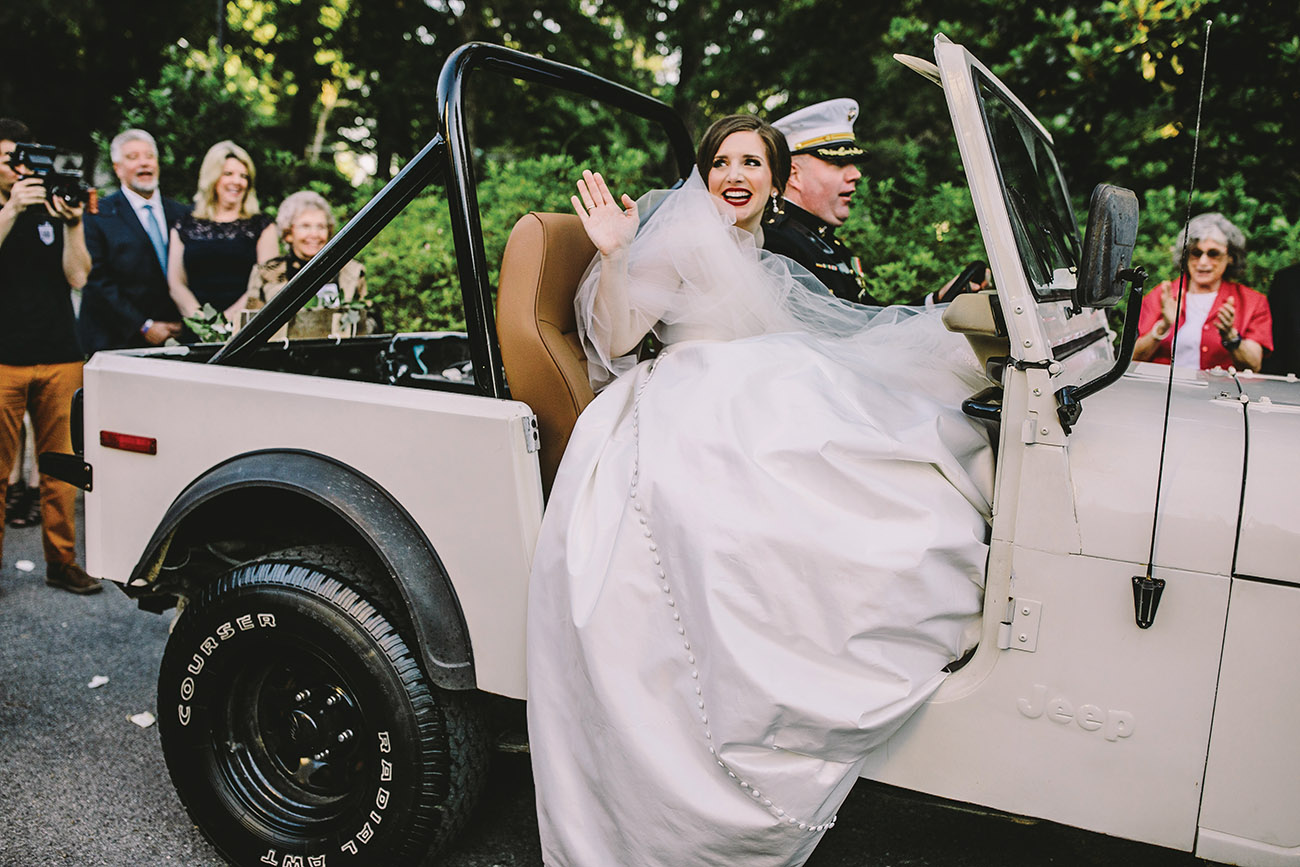