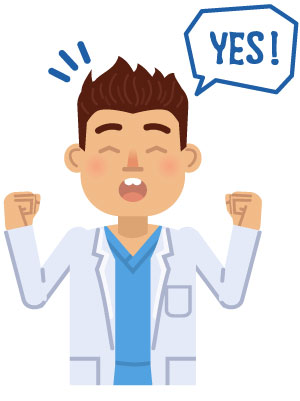 Finally, the long-awaited event on every medical student’s list is here. After endless undergraduate work, years of study and weeks in interviews, the University of South Alabama’s future physicians are about to meet their destiny. Match Day is here.

On March 15, 11 a.m. locally, 43,000 medical students around the world, including 19,000 from the U.S., will simultaneously open envelopes containing their residency locations. Seventy-seven of those students are from the University of South Alabama.

“This is the most exciting and important day a medical student has,” says Dr. Susan LeDoux, USA’s assistant dean of medical education and student affairs. “South’s mission is to prepare our students for the next phase of their career, which is residency.”

Basically, students and programs meet, greet and interview one another. Students rank their top choices in order of preference. The residency programs also rank the students interviewed. Results are fed into a complex computer program that determines the match that is revealed in March.

With interviews completed, applicants hold their breaths. One waiting to exhale is Spanish Fort’s Trevor Stevens.

“It is a lot like speed dating,” says the internal medicine student. “Match is fun, exciting and frightening at the same time.” Four years of medical school are on the line.

Stress is high. Applicants are responsible for travel costs, which are expensive. There can be many flights and hotel bills. “I was in a lot of airports,” Stevens notes about the 12 interviews he undertook in a month. “Traveling always feels like something is going wrong, like the time my flight was delayed eight hours.”

There is also the added pressure of being away from your job for a month. “You learn to manage your time very well,” he adds.

Out of respect for the schools, Stevens declined to reveal who he met with, but notes, “The experience was invaluable. My goal was to find a program and location I would be happy with while making a difference and being the best physician I can be.”

During interviews, students engage with a variety of talking points: “Why us?”; “What can you offer?”; “Tell us about you.”

“You learn something at each interview, and I did the best of my ability,” says Stevens.

Dr. Kimberly Bryan remembers those days. “I was on the road doing interviews at least every other week,” the Mobile internal medicine specialist and 2011 University of South Alabama med school graduate recalls. “Stress is enormous. Everything up to that point rides on your residency interviews.”

Her pressures were typical and then some. “I was older than most applicants because I was a nurse for 10 years prior,” she says. “I thought my age might be a deterrent.” And there was another factor.

“I was eight months pregnant,” she says, smiling proudly. “That’s not supposed to matter, but obviously it does.” Apparently it did not matter to Duke University Medical Center.

Duke receives about 5,000 applications. About 400 are accepted for interviews, of which 40 are placed in residency. Bryan was one of the 40.

“It was tough. Very challenging, but worthwhile,” she remembers about Duke days. “I learned so much while in residency.”

Bryan offers advice to future classes. “Be observant when meeting your potential residency partners during the interview,” she says. “Watch them and notice how they get along with one another. If you feel an uneasiness, that might not be where you need to be. Trust your gut feeling.”

Match Day is always held the third Friday of March. Locally, at the Mobile Convention Center, 77 USA medical students will rip envelopes at the stroke of 11 a.m. After sharing results with family and friends, each student will take the stage, announcing their news to a jubilant audience. He or she will then pin their residency location on a U.S. map in front of about 600 cheering supporters.

But the journey continues. Graduation is in May. Internships start in the summer. Many of the new recruits have about three months to relocate and begin work in an unknown town, treating unknown patients.

Meanwhile, at the University of South Alabama, a map with 77 pins of the Match Day Class of 2019 will be displayed on campus. Each pin represents a student’s journey, a future doctor’s hard work and the quest for residency.