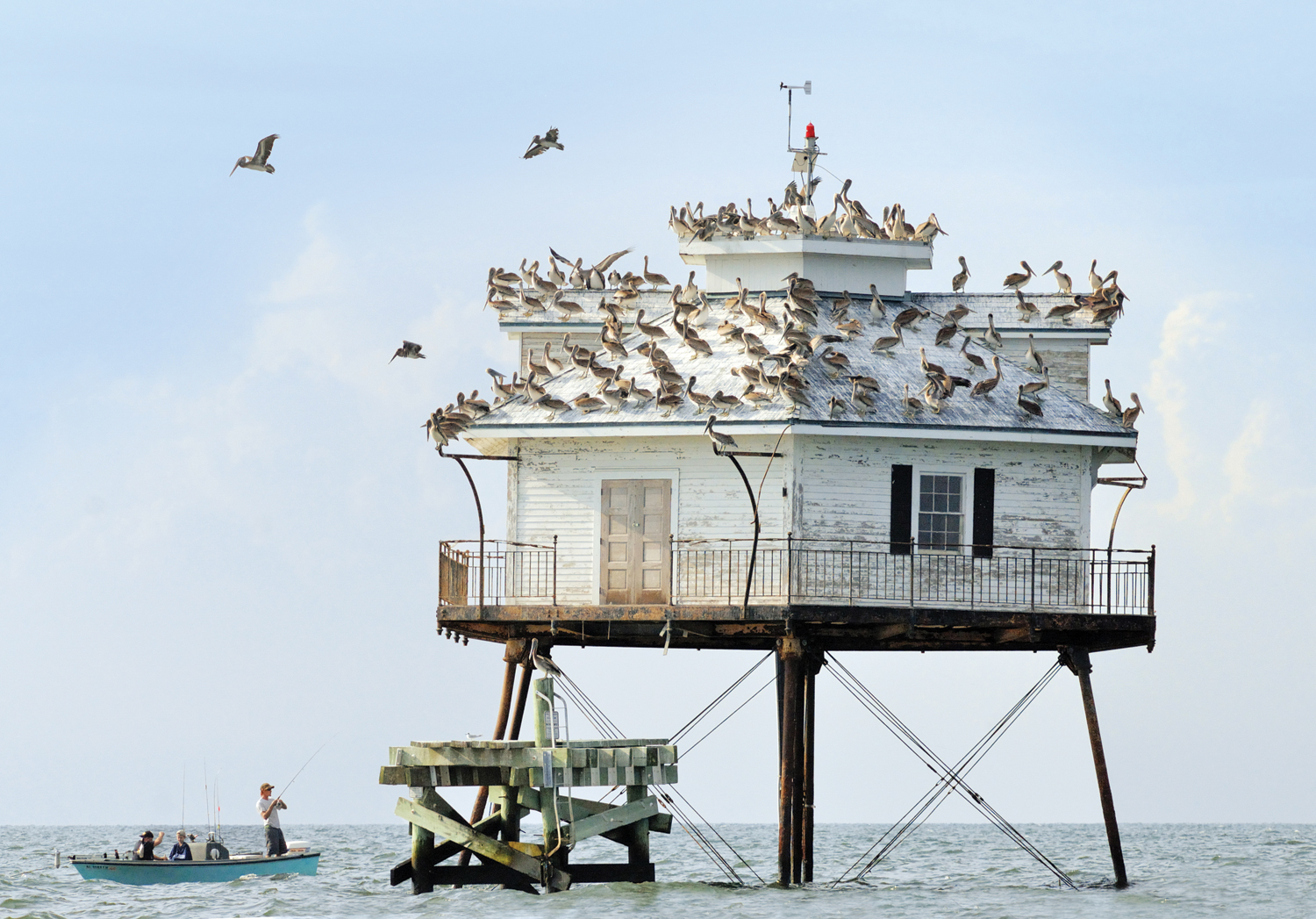 “Guiding Light, ” January 2015
One of the area’s brightest beacons, Middle Bay Lighthouse, is one of the most recognizable symbols of our local waterways. Historic preservationists, while all in agreement on the importance of its maintenance, have differing opinions on where it should stand. Architectural historian John S. Sledge sheds light on the continued debate. Text by John Sledge

“The Ultimate Mobile Bay Bucket List, ” January 2015
We challenge you to love Mobile. To support it, embrace it and take advantage of everything it has to offer. This list of 40 bucket-list-worthy activities is a good place to start. Text by Abby Parrott

“Good Ole Lucy, ” February 2015
The true story of one remarkable dog’s unlikely survival in the Delta. Text by Watt Key

“A Night at Middle Bay Lighthouse, ” February 2015
An overnight camping trip turns, once again, into a harrowing tale of adventure – this time in a rickety old cottage right in the middle of Mobile Bay. Text by Watt Key

“Best of the West, ” April 2015
The upscale yet laid-back communities of West Mobile bring a cool vibe to the Port City. So journey out west to discover why we love WeMo and you should too! Text by Joshua Givens and Lawren Largue

“If Walls Could Talk, ” June 2015
A home on Point Clear’s boardwalk boasts a history of fast adventures, famous guests and a friendly ghost. Text by Frye Gaillard

“A Paddler's Paradise: Part I and Part II, ” August and September 2015
It's easy to take our proximity to the waterfront for granted. We are fortunate enough to have Mobile Bay and The Gulf of Mexico right at our fingertips, with so many different rivers, bays and creeks flowing from all directions in between. Here are 5 (and 5 more) paddling destinations you should know about. Text by Hanlon Walsh

“Artists You Should Know, ” September 2015
Get to know a few homegrown assets who add their gifts to the arts scene here and throughout the country. Text by Chelsea Wallace

“Let George Do It, ” October 2015
Whether he’s playing polo with princes or sailing the coast in search of shrimp and adventure, George Radcliff is a man who certainly knows how to lead a one-of-a-kind life. Text by Watt Key

“20 Must-Try Local Dishes, ” November 2015
The Butch Burger and Dew Dog are classics, but you can't really call yourself a local until you've tried these other amazing eats. Text by Abby Parrott

“The Amazing Life of Agnes Tennenbaum, ” December 2015
After living through the Holocaust, one of the darkest events of human history, one woman continues to share her story with a cheerful heart. Text by Chelsea Wallace