“Art is what you want it to be, ” says native Mobilian artist Lucy Gafford, left. “I paint realistically, and I paint big.” And she paints dogs in outer space.

She also sculpts clay pet heads mounted on walls, family life not seen on “Father Knows Best, ” and interpretive pieces that leave the canvas and lodge in your brain, all in good ways. It is why many call Gafford’s work, ‘wonderfully weird.’ It is delightful.

“I do play with humor a bit, ” the University of South Alabama graduate says. “I think my work evokes a sense of wonderment.” I agree. What sealed the deal for me was her artistic rendition called, “Feeling Unapeeling, ” a depiction of a battered banana with blackened eye. I now have zero tolerance for fruit abuse.

The Mobile Arts Council associate teacher also contributed to the USA Bell Tower murals and created one of Downtown’s statues in Mobile’s Oyster Trail (in front of Moe’s Original Bar B Que).

She is highly in demand for commission work and perhaps the best creator of shower wall masterpieces in the country. Gafford arranges stray hair left from a shower, composing her tresses on the stall wall into portraits, still life and other vistas. The completed follicle endeavors are photographed and posted on Twitter: #ShowerHairMasterpiece.

Hair embellished necklaces, pendants, and rings may seem creepy today and for good reason. They are.

But in the early 1900s, human locks woven into necklaces, bracelets, pins, rings and earrings were the rage in Mobile. And here is where it gets even creepier. Often the human locks were plucked from a deceased loved one’s head to be worn as jewelry pieces in their memory, giving new meaning to hair today,  gone tomorrow.

There’s one really cool collection of hair bling accessories on display at Mobile’s Oakleigh House Museum. “The Victorians had their quirky ways, ” says Oakleigh’s manager Melanie Thornton. “Hair jewelry was one of them.”

While inspecting a case of various jeweled accessories, all either made of or containing circa 1800 hair, Thornton notes,  “You had two types:  Mourning jewelry, in memory of a loved one,   with the loved one’s hair and the other kind, everyday fashion jewelry.” Both styles were worn by women and men.

The fashion jewelry could contain anybody’s hair. Thornton adds, “It was often given as a token, say from a grandmother to her grandchild, as a present.” Thanks! Nice sentiment, but next time, just send a gift card.

Perched atop a Knights of Revelry (KOR) Mardi Gras parade float, the mystic masker, Folly, right, has been a Mobile Carnival tradition since 1874. He waves and bangs a baton with what appears to be three heavy-duty metallic balloons attached. Look again. They are cow bladders, drained, dried and dyed. That’s right, cow bladders, because they aren’t just for breakfast anymore.

KOR is shrouded in secrecy, especially concerning matters of bladder banging. “To tell you the truth, it’s a pretty nasty process, ” says the mystery reveler about the cleaning and processing that starts with a delivery of about 250 bovine internal organs you will never see at Ruth’s Chris Steak House. “We don’t use plastic or other materials, because they’re not as durable as bladders. They don’t hold up as well, ” notes the KOR spokesperson. “Only a bladder can
make just the right thud sound when beating it against something.”

The cow parts are cleaned – you do not want to know of what. An air hose is then inserted, inflating the organ from the size of a fist to about 1-1/2-feet oblong. Caution must be taken during air inflation, as no one wants to be in the line of fire of an exploding cow bladder.

The overblown organs are dried for about a week, spray-painted silver, and attached three per stick for Folly’s parades and other KOR functions in a tradition that sure takes guts. 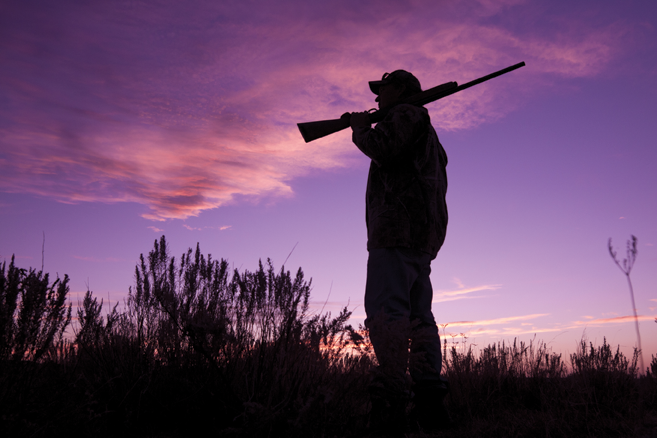 The award for most amazing occupation goes to Holy Smoke LLC, the company that packs cremated human ash not only into real working bullets, perfect for loved ones who want to go out with a bang.

Experienced game wardens Thad Holmes and Clem Parnell started the Stockton-based business in 2010, and the duo now serves customers locally and throughout the U.S. “After the grieving process, it is time to celebrate life, ” says Holmes. “We give sportsmen a chance to hunt one final time.” The deceased is not only immortalized in ammo. He is the ammo.

The company asks customers to send about a pound of the loved one’s ash for processing. That’s plenty for about 250 shells in 10 boxes, above. In addition to hunting, some have the beloved friend or family member’s remains-laden bullets framed for walls, displayed on mantles, or worn as necklace pendants. “We suggest a special non-firing shell for that kind, ” adds Holmes.

Holy Smoke is not just for hunters. Target, sports, pistol shooters, marksmen, anyone wanting their remains stuffed in small caliber ballistics is welcomed. For more information on pricing, gift boxes and services, see their website: myholysmoke.com. You may fire when ready. 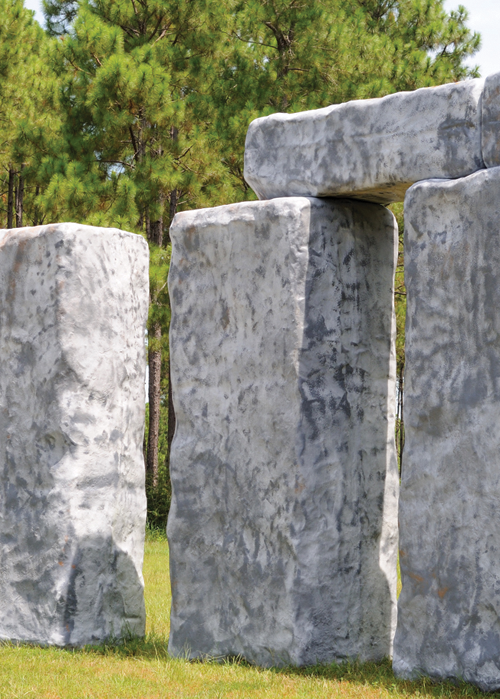 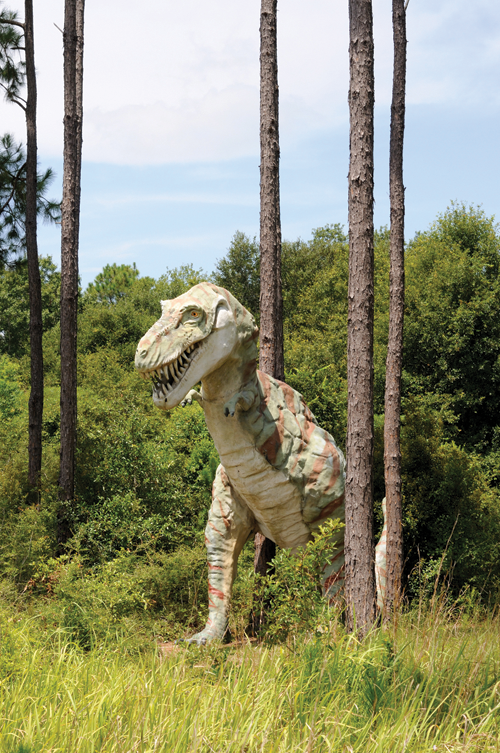 Behold tyrannosaurs rex, above right, one of the deadliest carnivores to stalk the earth. In a nearby wooden thicket, a triceratops peeks through the underbrush, its massive horns gleaming in the sunrise. Welcome to Jurassic Park – in Elberta.

From Fish Trap Road (I did not make that name up), turn onto Barber Parkway at the Barber Marina sign, and keep your eyes peeled. In about a mile one senses something isn’t right. For example, when did Stonehenge up and move to Elberta?

Actually, here it is called “Bama Henge, ” above left, nestled in the woods, a reproduction of Wiltshire, England’s prehistoric mecca. Some say the two are linked in an intergalactic portal joining England and Elberta through another dimension. I was afraid to step inside. And then it gets really weird.

Within walking distance of Bama Henge, a treetop tall T-rex bares evil fiberglass teeth, while other lumbering lizards of old huddle nearby. Good heavens, if dinosaurs embed the woods of Elberta, what does Foley have? Godzilla?  Get in the car, kids; we’re outta here.

The displays are the brainchild of George Barber, owner of the nearby marina. The lifesize sculptures are free to the public to see and enjoy.

In 2001, Berlin, Germany commissioned international artists to create Buddy Bear, an enormously popular animal mascot that has become a symbol of the country, fixture of European public squares, ornament of world state houses and display at international events. Buddy Bear is everywhere. One is in Mobile.

“People want to take pictures with it, ” says Sybille Mannsfeld about the vibrantly colored 7–foot-tall fiberglass beast gracing the front yard of her Spring Hill home. “One mom told me her children want to ride by our house every day just to see it.”

As far as Sybille knows, her Buddy, opposite, is the only one in Alabama. “But they are in big demand in Germany, ” she adds. Its legacy dates back to 1160 when Albert the First, affectionately called “The Bear, ” drove the Slavs from what would become Berlin. The bear was then adopted as a national symbol. Sybille and husband Dr. Sven-Peter Mannsfeld (who both
still have relatives in Germany) adopted their bear via internet in early 2013. Built to buyer specifications, Buddy was made in Berlin and shipped to Mobile. The statues come in four poses. “Ours is a dancer, representing friendliness and optimism, ” Sybille says. The figure proclaims in writing across its chest, “I Love Berlin, ” reminding them of home.