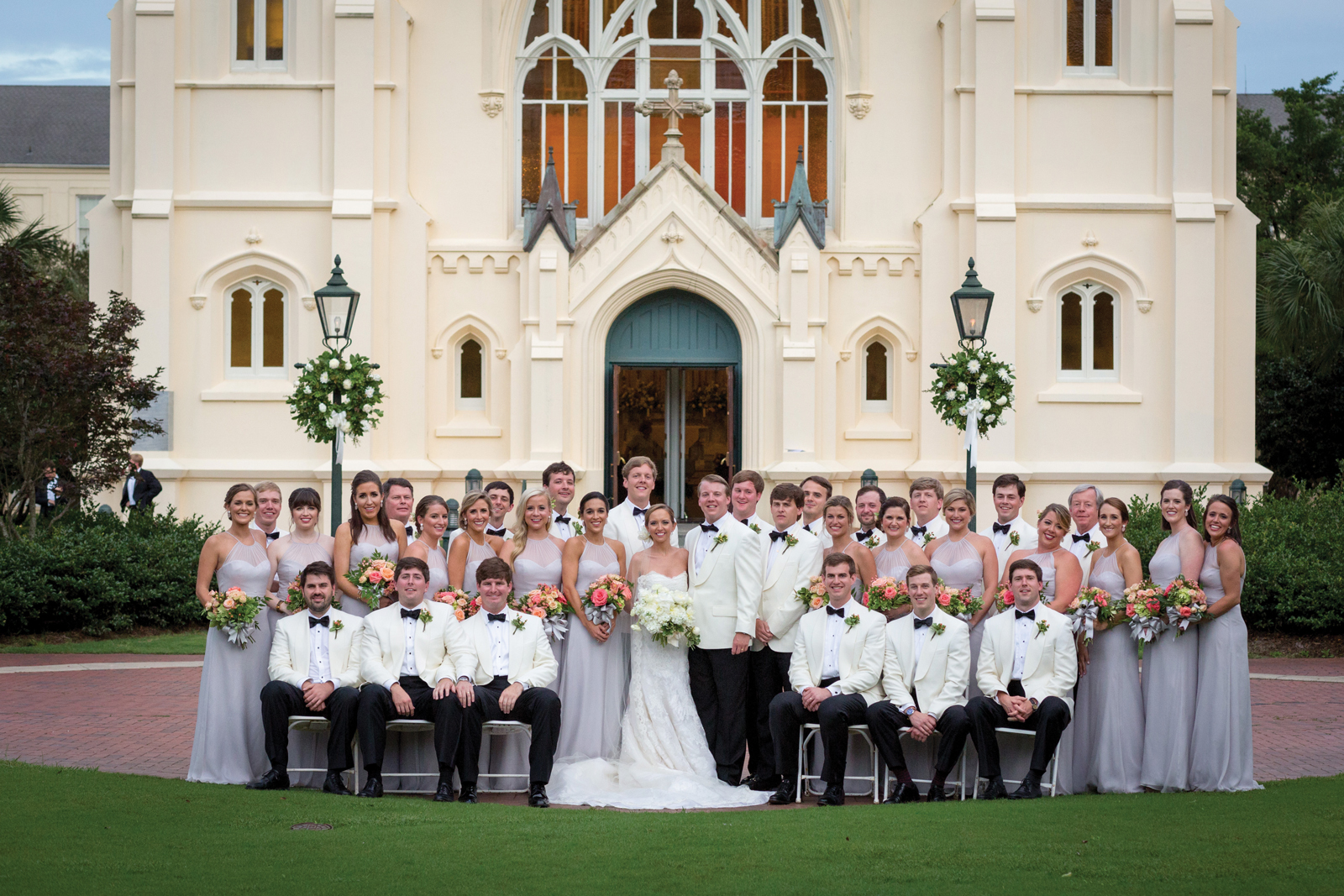 Escorted by her father, the bride wore a strapless fil coupé trumpet gown with re-embroidered lace appliqué by Monique Lhuillier. She wore a cathedral-length veil with two beautiful gladioli petals in her hair created by florist Ron Barrett.

Following the ceremony, a reception was held at the Country Club of Mobile. Led by the Bay City Brass Band, the wedding party made their entrance in a Second Line parade. Guests danced the night away under a canopy of market lights. The couple now resides in Nashville. 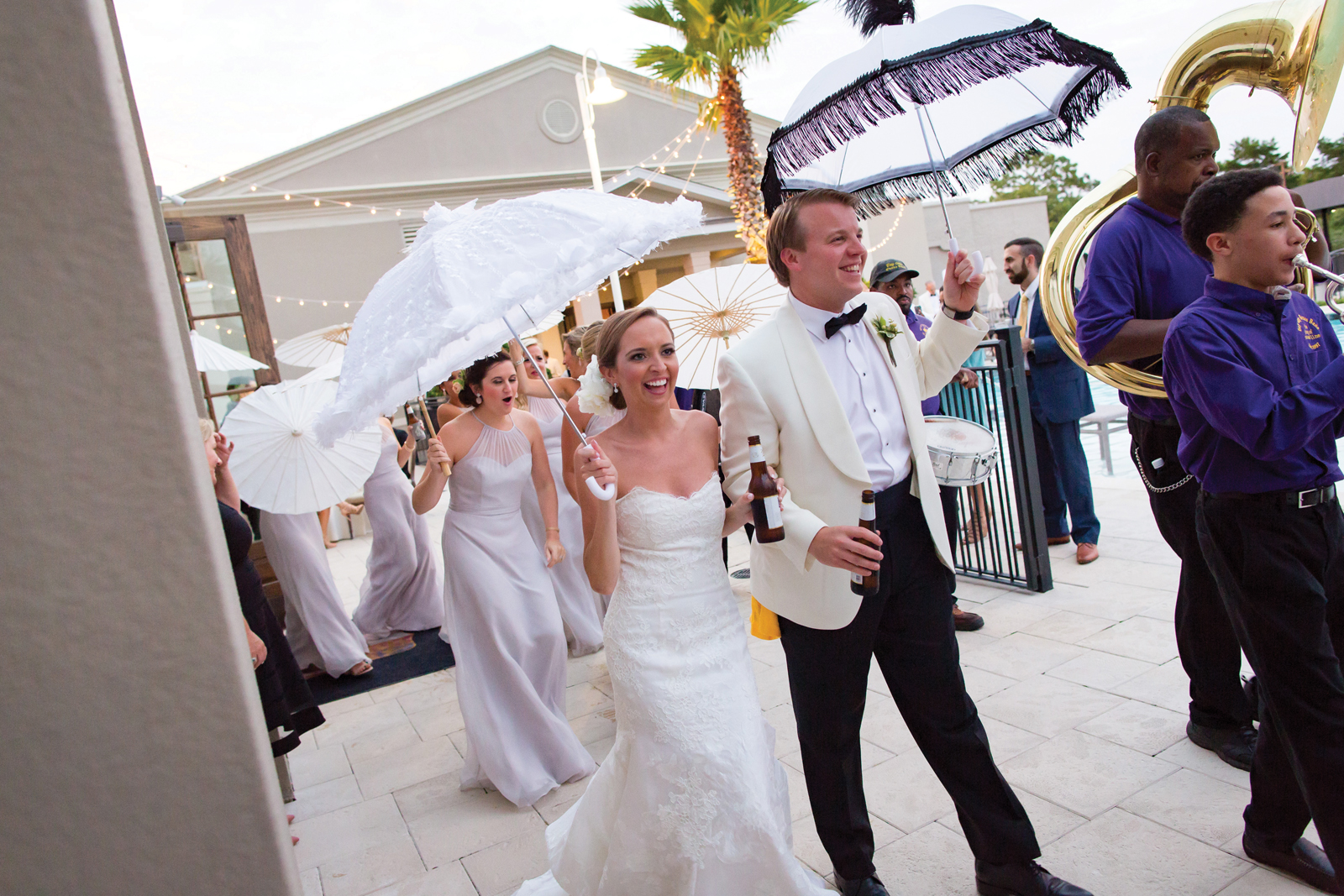 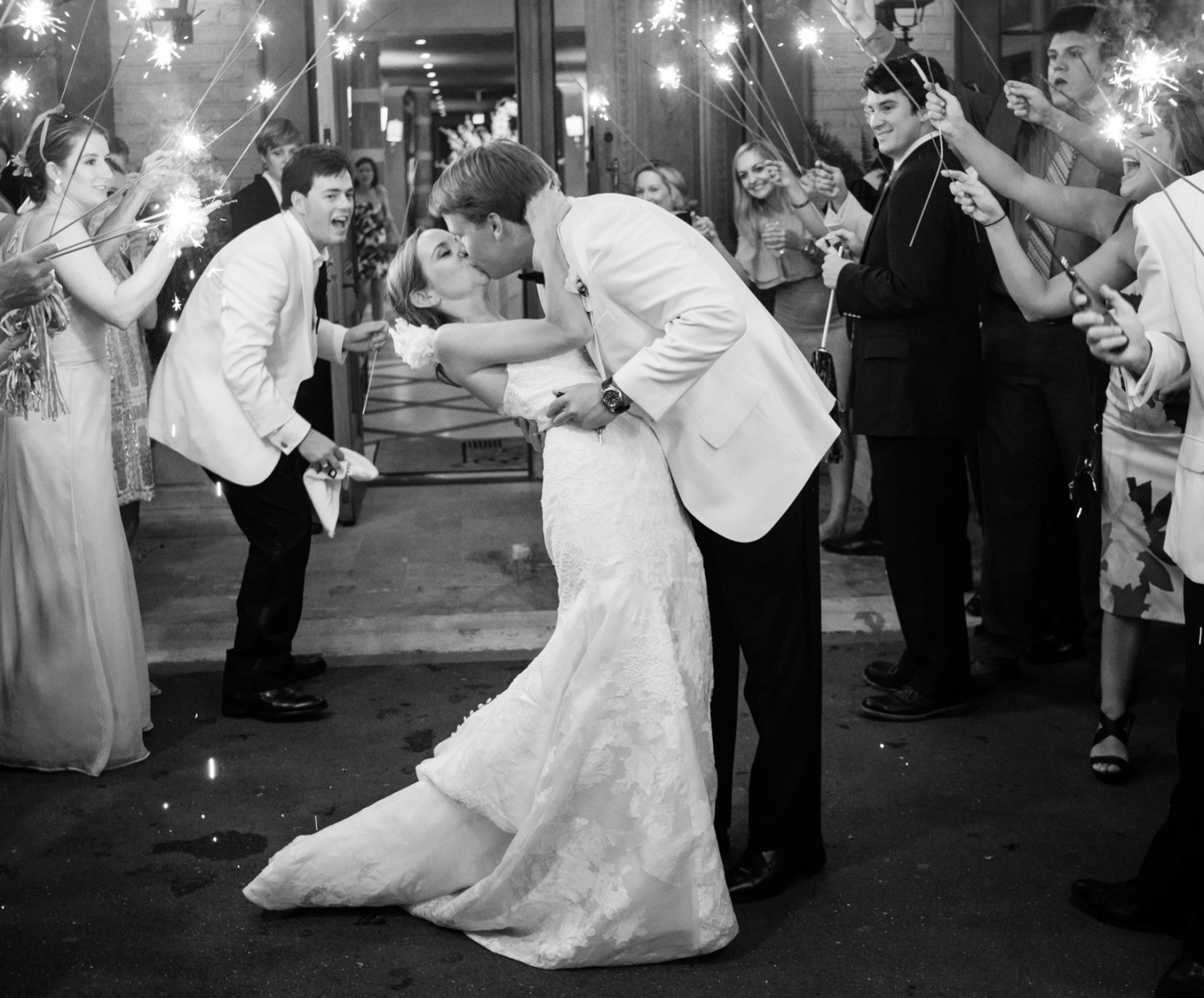