He commanded two detachments in Afghanistan with all the horrors that wartime brings, losing comrades to improvised explosive devices and unseen snipers. When he got home to Mobile, his first stops included Christ Church Cathedral and Callaghan’s Irish Social Club. These were welcome respites after his most recent deployment.

In 2005, less than a year after graduating college, Brad Israel joined the Army, feeling a pull to somehow answer the terrorist attacks of 9/11. He found a calling in the U.S. Army Special Forces, the heralded Green Berets. He returned home after his last deployment, decorated with two Bronze Stars and an Army Commendation Medal with a “V” device for valor in battle. He also documented his experiences in photographs, which he turned into a book called, “Faces of the Future: The Struggle for the Next Generation in Paktika Province, Afghanistan.”

With that and more behind him at just 32 years old, the graduate of UMS-Wright Preparatory School and Hampden-Sydney College now feels the pull of a more stable, less nomadic life, with more hot showers and fresh seafood, fewer nights thinking about the incoming whistle of a rocket-propelled grenade.

Having returned to Mobile last December and taken a job with Bender Real Estate Group, the captain recently celebrated his first wedding anniversary in the same hemisphere as his wife, Anna. They wed in 2011 and have two boys: 2-year-old Lyon and 1-year-old Jackson.

“I wanted a family, and real estate is just entrepreneurial enough without having to take the total financial risk of starting out on my own, ” Brad says. “And being from Mobile, it’s a chance to reconnect with everybody.”

That includes speaking to civic organizations and schools about his time overseas. He tells business people, church members and students about Afghanistan, the toll that was paid and some of the painful takeaways. 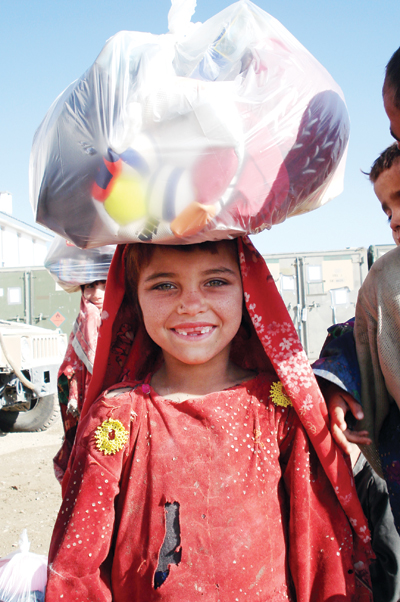 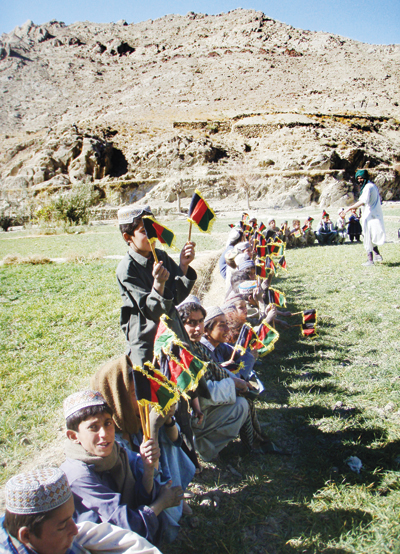 ABOVE LEFT A little girl uses a creative method to transport her goods. 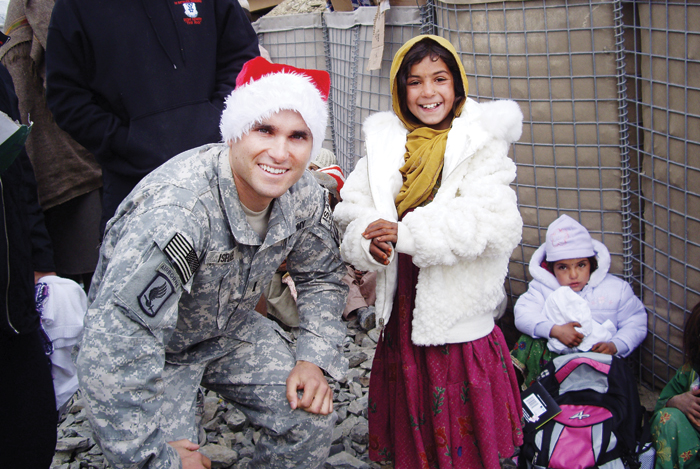 ABOVE Jackets are just some of the welcomed items donated to the children.

Special Forces units bring unconventional methods to the battlefield. Brad’s team of a dozen or so specialists and interpreters would imbed in a small village and spend weeks or months scouting Taliban insurgents. Their jobs were also to win over villagers, with an eye toward arming them to defend themselves. It was a balancing act that put everyone at risk.

The American soldiers, for their part, could never know whether a local wanted to be on their side or was just collecting intelligence for the enemy. The villagers who were spotted by insurgents talking to Americans, on the other hand, risked a beating or worse.

As his time wore on, Brad developed some doubts about the sustainability of the war effort.

“To train an indigenous force and then supply them with ammunition, fuel, medical supplies, money … all those things weren’t trickling down to the remote villages. We saw multiple times when local police ran out of ammunition, and the enemy would go at them harder than ever. These guys would have to flee, ” Brad says. 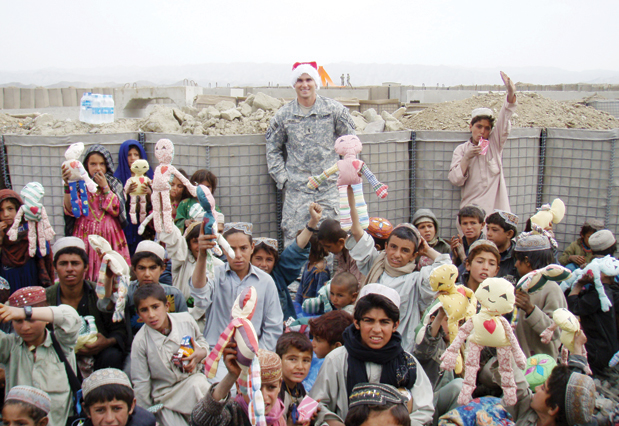 Part of the strategy that did work — one that Brad helped engineer — was a pipeline of clothing, toys and school supplies that flowed to village children, sent from people back home in Mobile.

One of the best gifts turned out to be big-hearted, smiling rag dolls made with permission from a pattern called Rag Dolls 2 Love designed by Mary Page Jones, who ran a website by the same name.

The captain’s mother, Cammie Israel, was recruited to help find seamsters, and eventually 400 dolls were sent from Mobile to be given out by Brad’s unit. This often happened after the soldiers would share chai, a native tea ritual, with the elders of the village.

“The general good that making the dolls did here was profound, ” says Cammie. The effort spread to become a ministry of her church and beyond, involving dozens of people and local businesses, such as Ely’s Fabric Warehouse, which donated the fabric samples for the dolls.

“If you could have seen the faces of my friends, when Brad snapped a picture of one of their dolls in the arms of those beautiful children, just remarkable, ” she says. 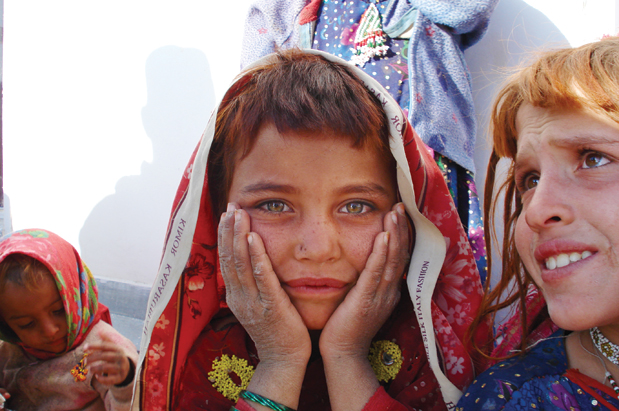 ABOVE The eyes of a child in an Afghan village tell a story of struggle and hope.

Now in a new phase of life, Capt. Israel keeps up with comrades who are still deployed, as well as ones who have returned home. Some of them, less fortunate than he, are learning to live without arms or legs; some are being treated for post-traumatic stress disorder. It isn’t lost on him how fortunate he is.

And Brad may write further about his experiences, partly to thank the people who helped. “When the Russians were in Afghanistan they were scowled at openly and hated. Because of the charity we showed, it was different and the people there appreciated us, ” he says.

“I really do believe in the power of prayer, that it played a role, not only for me, but for my guys. I think we had a higher degree of insulation from the horrible and evil things that could have happened. Without it, I don’t think things would have gone the way they did.”