Jeff DeQuattro and Jenn Greene make a great team. And that’s to the city’s benefit. While the couple has worked together professionally for more than five years and been dating for three, over the last two years, they’ve partnered up to help some often forgotten Mobilians lead better, healthier lives.

DeQuattro, Greene and a few others founded the Delta Bike Project in 2013 as a place for everyday folks to tinker with their bicycles. Before long, DeQuattro (a former MB 40 Under Forty) became aware that his vision for the venture needed to shift – and quickly. “As soon as we opened our doors, we realized that there’s a huge need in the community. The poor, the underserved, the homeless – they can’t afford anything. They need assistance fixing their bikes, or getting a bike, period. We had the ability to help them and felt we had to, ” he recounts.

Now, on the corner of St. Francis and Warren streets Downtown, the Delta Bike Project offers a do-it-yourself bike shop and a program dubbed “Time is Money, ” in which those who want a bike earn one by volunteering at the shop. On average, people work five hours for a bike, usually over the course of one day, ensuring that they can leave the shop with their bike. “People appreciate things more when they’ve worked for them too, ” DeQuattro says.

Why choose bikes? Transportation is crucial for a stable, fruitful life. Many disadvantaged citizens in Mobile lack the funds to buy or maintain a car, and bicycles in specialty shops can cost anywhere from several hundred to several thousand dollars. The low-cost mountain bikes earned through Time is Money are not perfect, but serve the purpose of getting folks from point A to B: to work, the soup kitchen, or homeless services, “which are very scattered around the city, ” DeQuattro says.

Greene, who, according to DeQuattro, “has an attention to detail that I totally lack, ” lends her hard-won repair knowledge to the Delta Bike Project, and maintains the group’s online and social media presence. She also organizes classes based on community needs. “We get tons of requests for classes. and part of what we want to do is continue that education” she says. 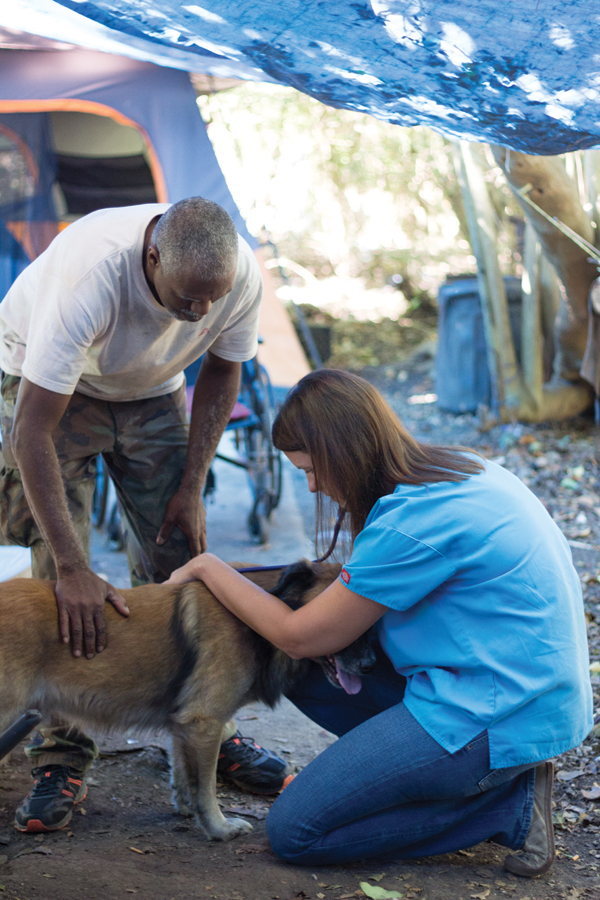 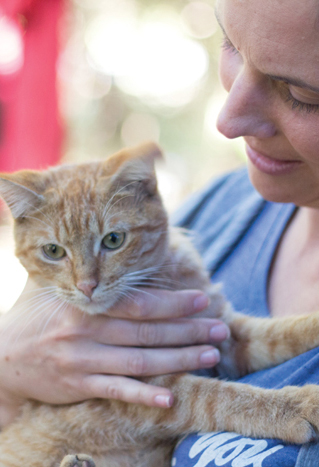 Now, Greene is partnering with a local veterinarian, Dr. Jennifer Eiland, to help care for the pets of the homeless through their new philanthropic endeavor, Delta Dogs.

Even though running one nonprofit was stressful, DeQuattro and Greene took their efforts one step further. An avid animal lover, Greene began to notice that many of those they served also needed help for their beloved pets. “I was bringing my dogs to the Project, and they always greet the people who come in. Some of the homeless started asking me for dog food, and I would bring it for them, ” Greene says. Then requests began to center around animal medical care. Empathizing with a love for animals, Greene did some research, then teamed up with Dr. Jennifer Eiland, a veterinarian with the Ark Animal Clinic and Rehabilitation Center. Using Greene’s contacts and Eiland’s veterinary expertise, the two created Delta Dogs this past July.

Greene and Eiland, along with a group of volunteers, paid their first visit to a homeless population in Mobile only weeks after Delta Dog’s founding. They dispensed food and medicine, leashes, bowls and other necessary pet supplies. “Some critics automatically think, ‘If you can’t feed yourself, why do you have a pet?’ But what they don’t understand is a pet may be all some people have, ” Eiland says. “Everything else in their lives is transient.”

“We want their lives to be better – we truly care about them. We’re helping these people change their lives in different ways, whether it’s with a bike or helping them care for their pet, ” Greene adds. “And one good deed leads to another.”

Both organizations accept donations and volunteers. For more information, visit deltabikeproject.org and mobiledeltadogs.org.