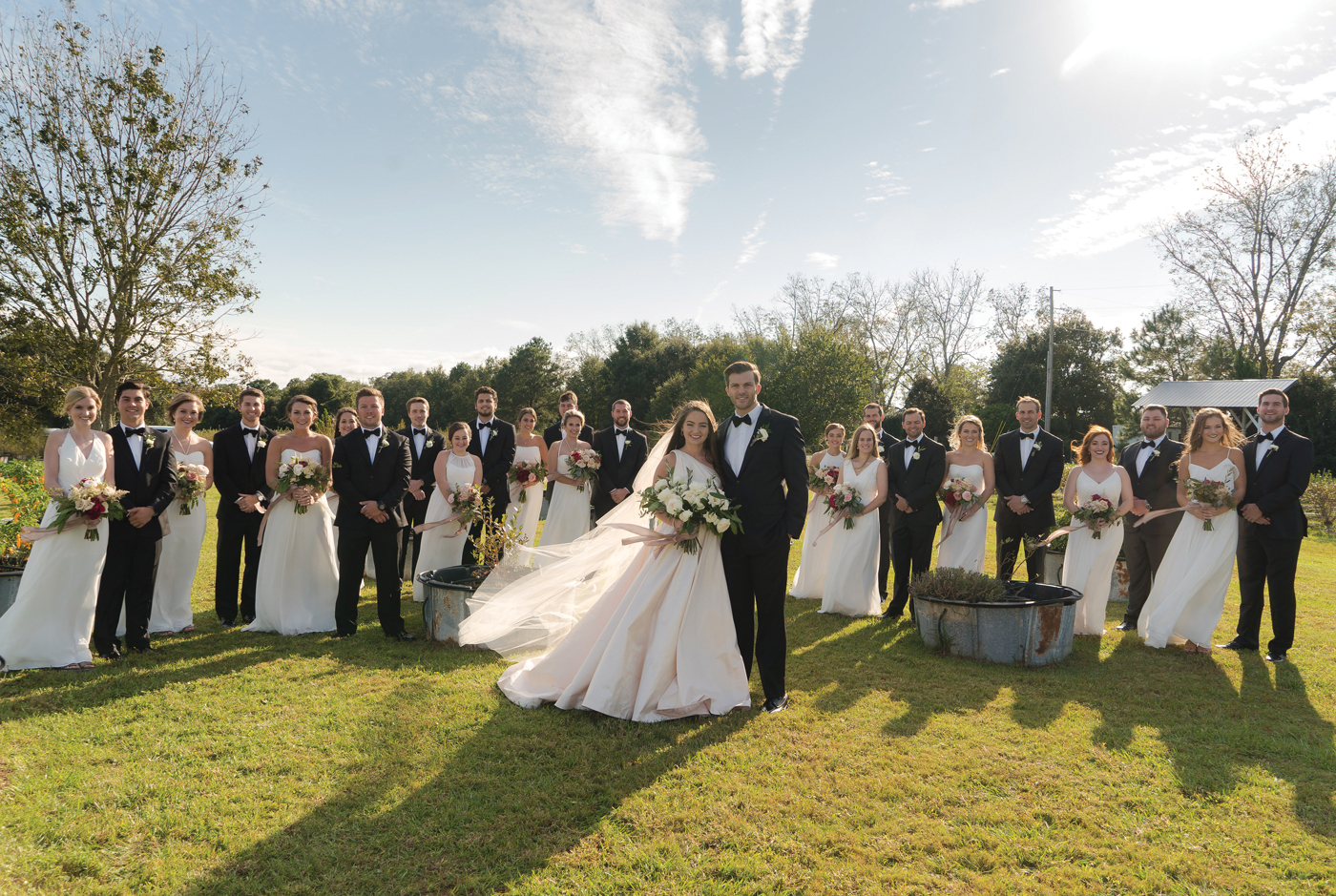 Peyton Marie Jemison and Addison Jordan Waller were married on October 28, 2017, at Weeks Bay Plantation in Fairhope. Milton DeSouza, the groom’s uncle who serves as a minister in Brazil, officiated the ceremony.

Brooke Alyse Jemison and Danielle Bodiford Traylor served as the bride’s maids of honor. Also standing by the bride were 10 of her closest friends. The groom chose his two brothers, Chris Anthony Waller and Michael George Waller, as his best men who stood by him along with his 10 groomsmen. Madison Deakle served as a junior bridesmaid, and flower girls were Ella Grace Waller, Mary Grace Allen and Juliette Reece Harris. 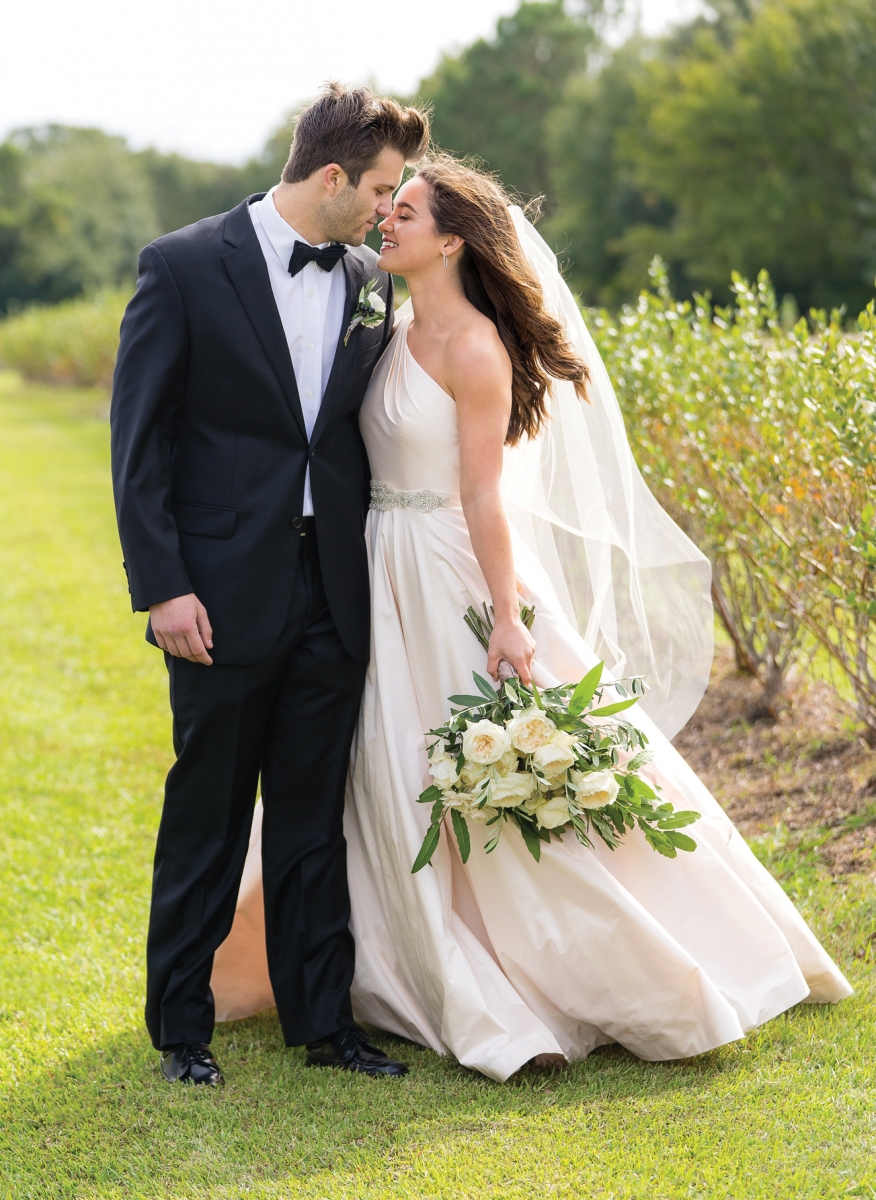 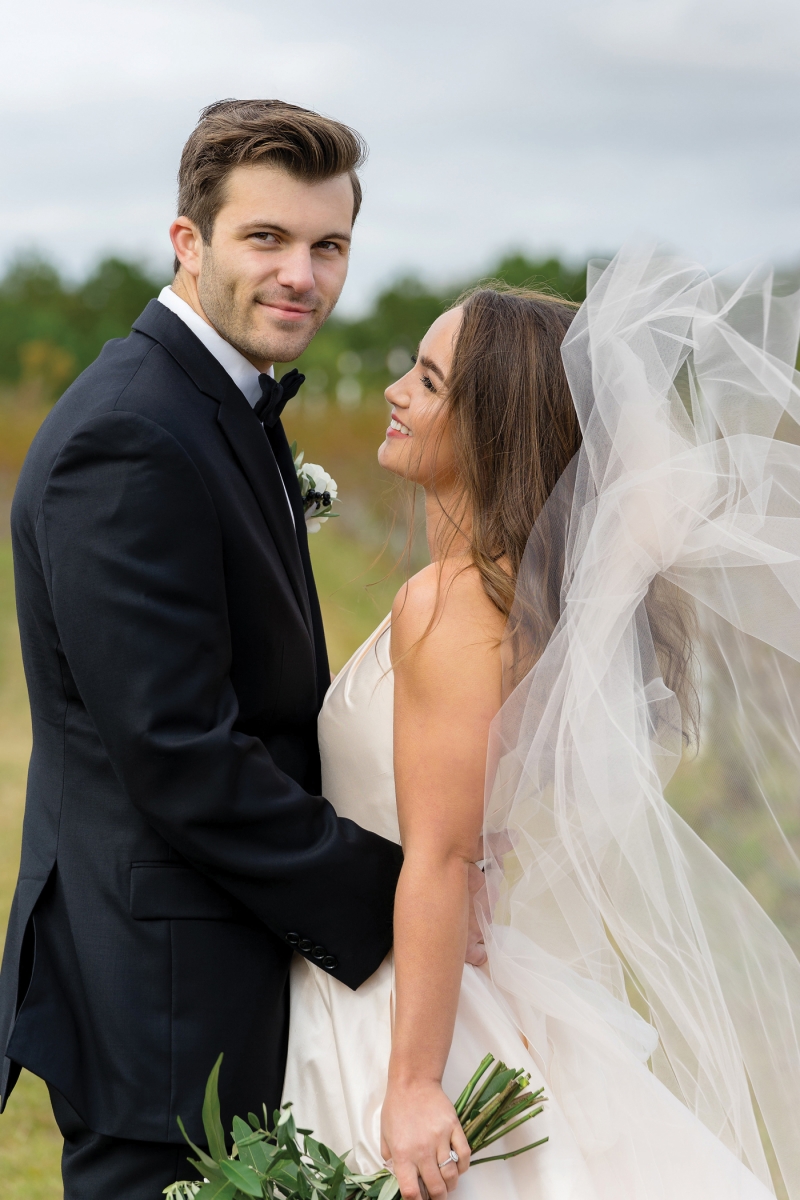 The bride wore a Romona Keveza blush silk gown with a simple crystal belt chosen with the help of the ladies at Something New. Wildflowers provided all of the florals, including the bride’s bouquet which featured ivory peonies highlighted with olive and bay leaves and tied with hand dyed silk ribbon.

A string trio led by Enen Yu provided the ceremony music. The reception took place under a sailcloth tent lined with string lights and olive greenery. SOHO Events and Rentals provided the tent along with all other rentals that transformed the blueberry farm into the couple’s dream. The guests were greeted with mocktails and embroidered cocktail napkins that featured the couple’s crest, also used on their invitations. Guests enjoyed a gourmet meal from Naman’s Catering. The bride’s cake, created by Couture Cakes, was a pale blush color and featured a simple, green wreath. The groom’s desserts included a chocolate cake featuring a pintail duck decoy along with custom labrador and duck sugar cookies designed by EllenJay.

The newlywed couple, along with their family and friends, danced the night away to the Retreat Band from Atlanta. Outside, guests enjoyed hot cider in custom engraved copper mugs and a Volkswagen van photo-bus from Memories in Motion. Artist Melissa Munger captured the evening with a live painting.

The couple spent their honeymoon in Maui, Hawaii, and now resides on Dauphin Island. 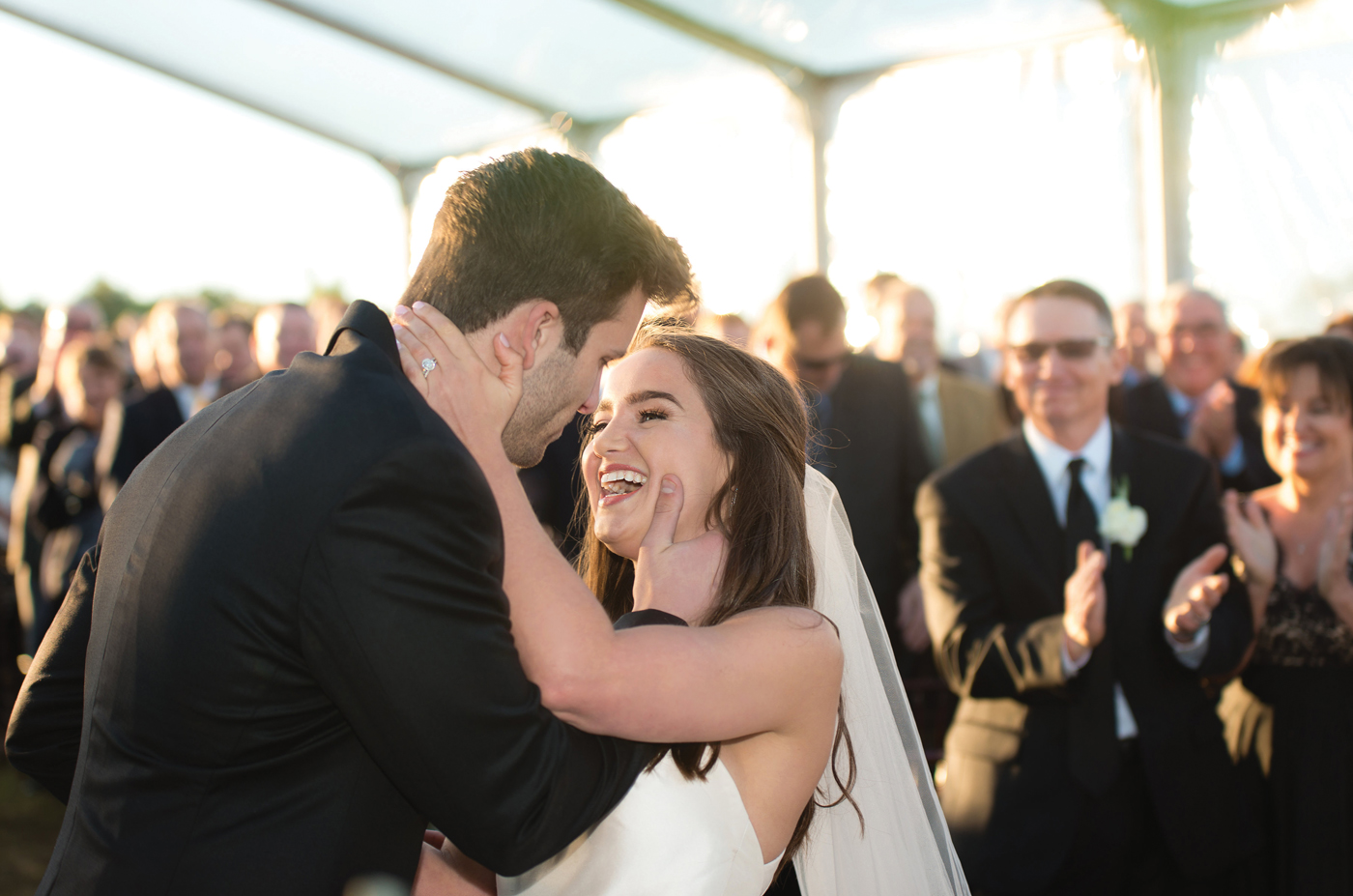 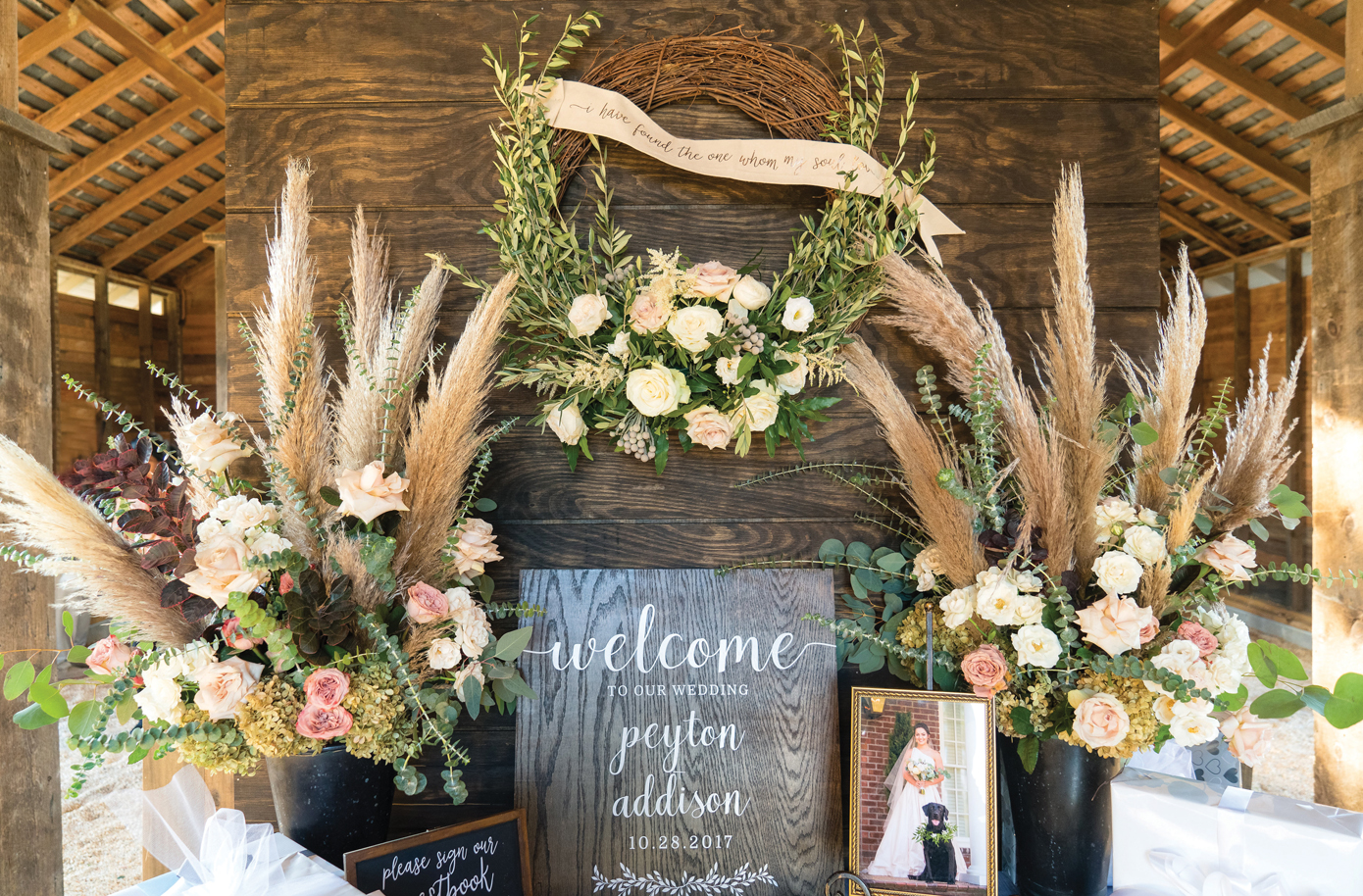 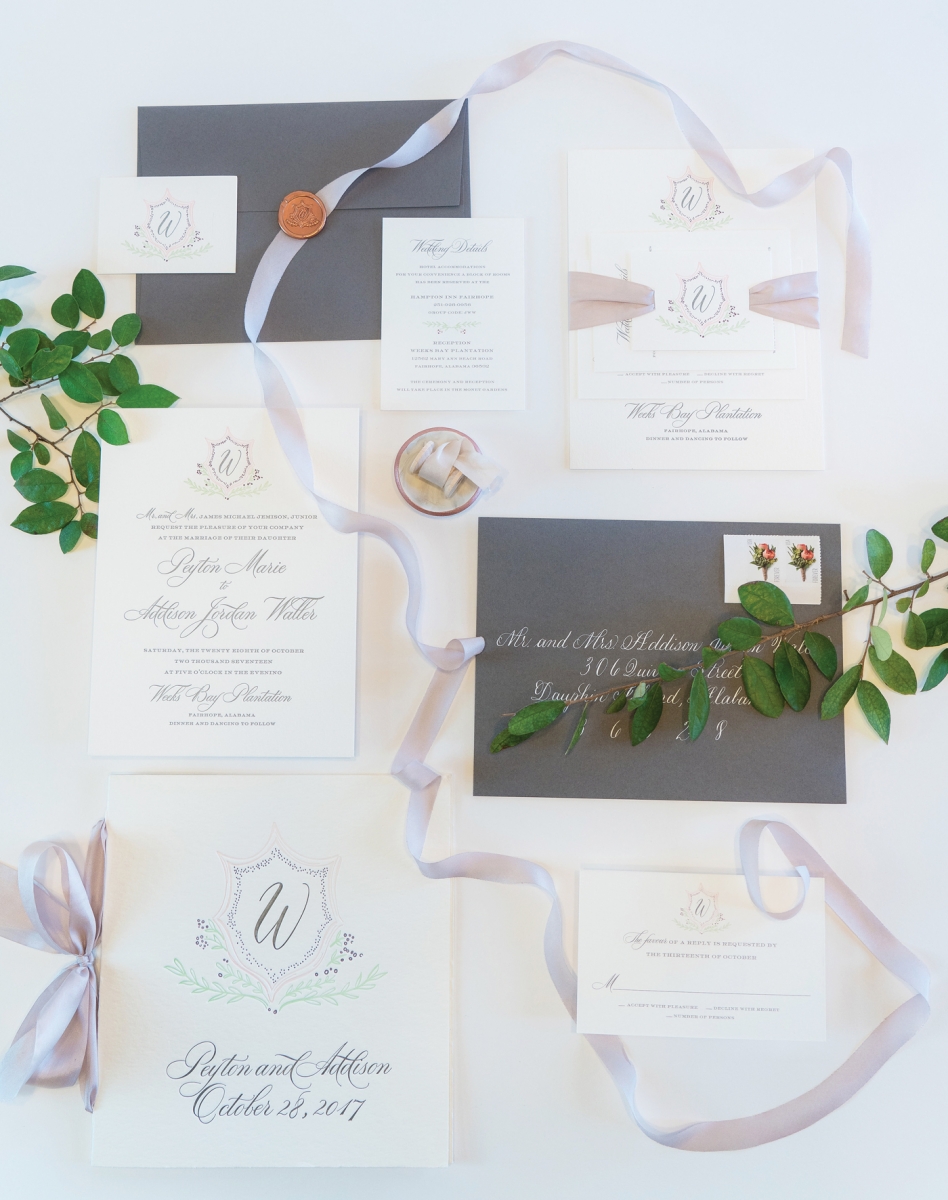 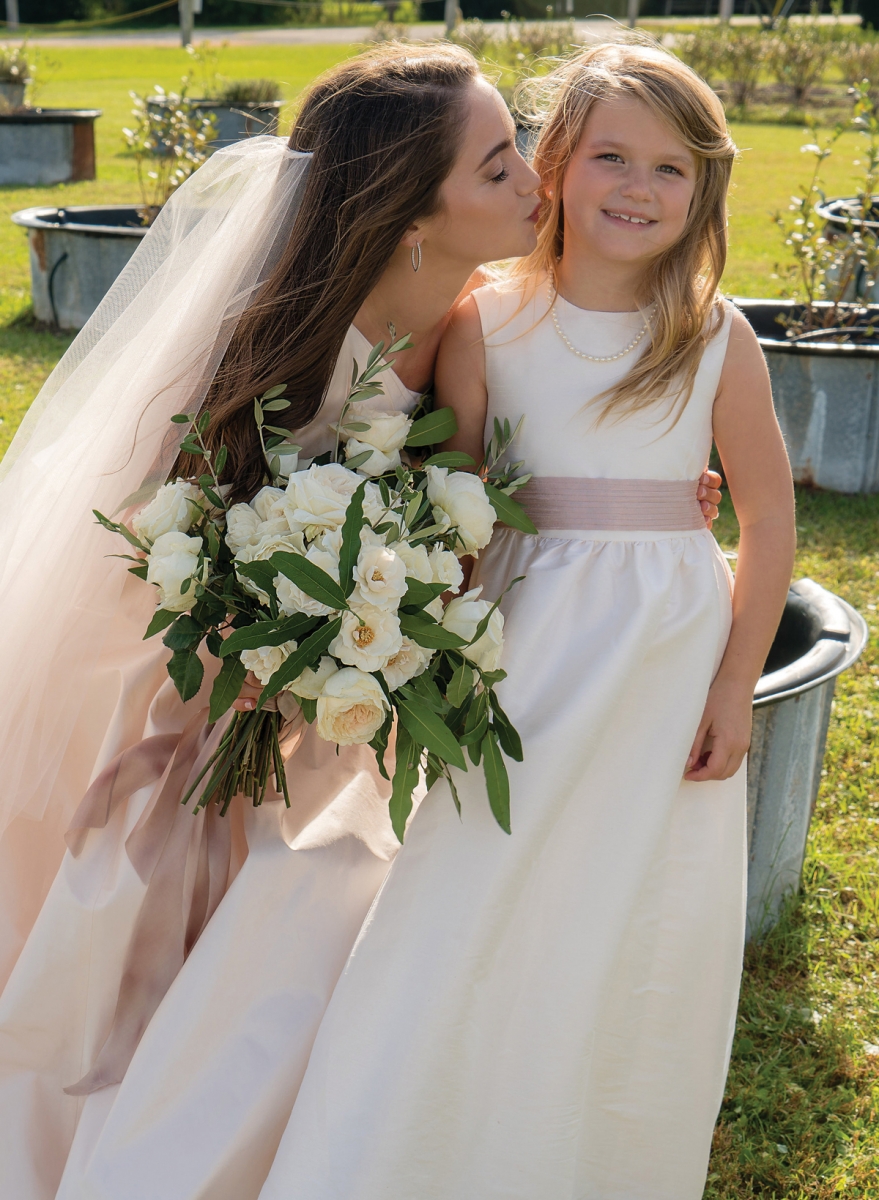 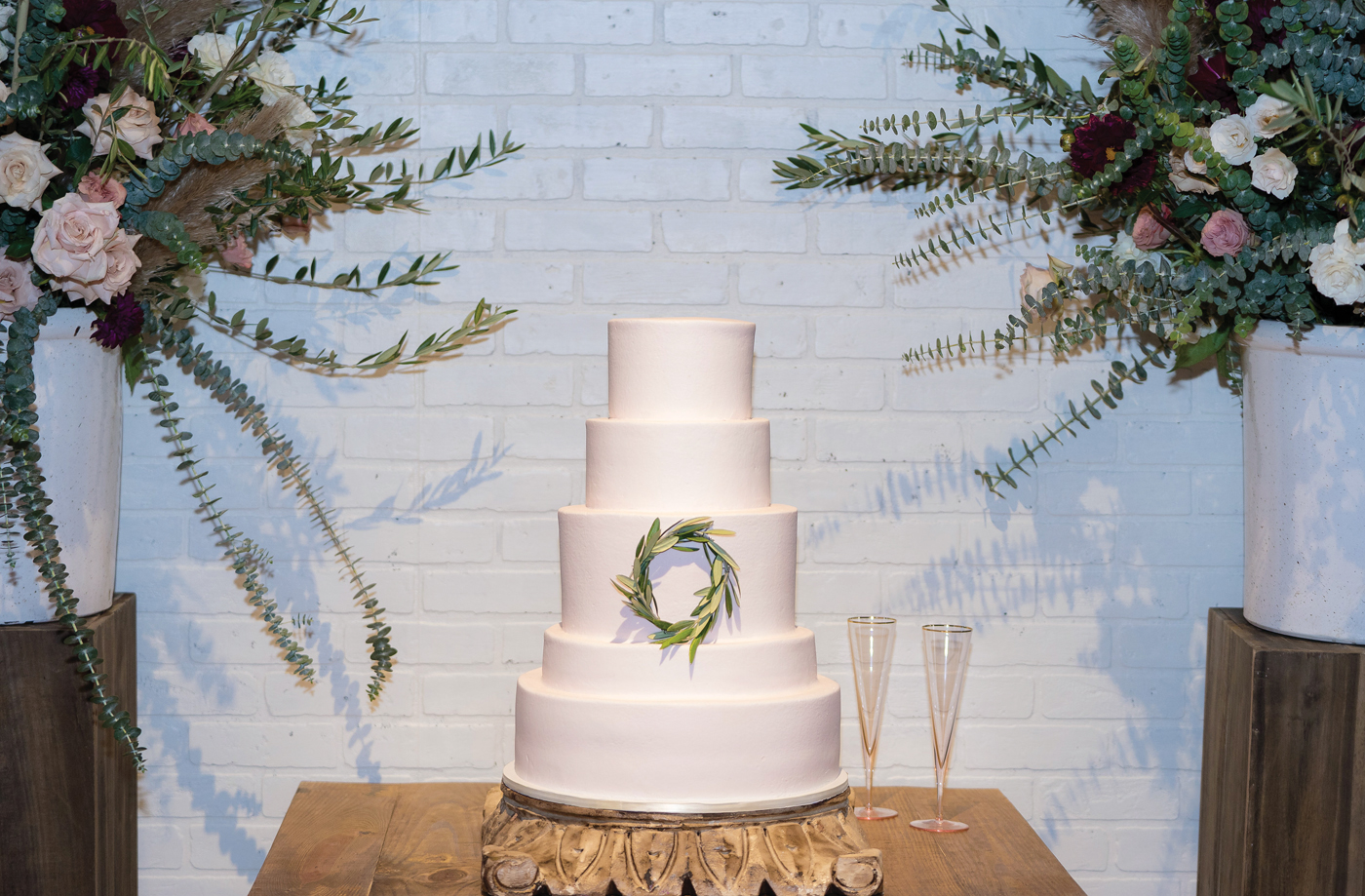 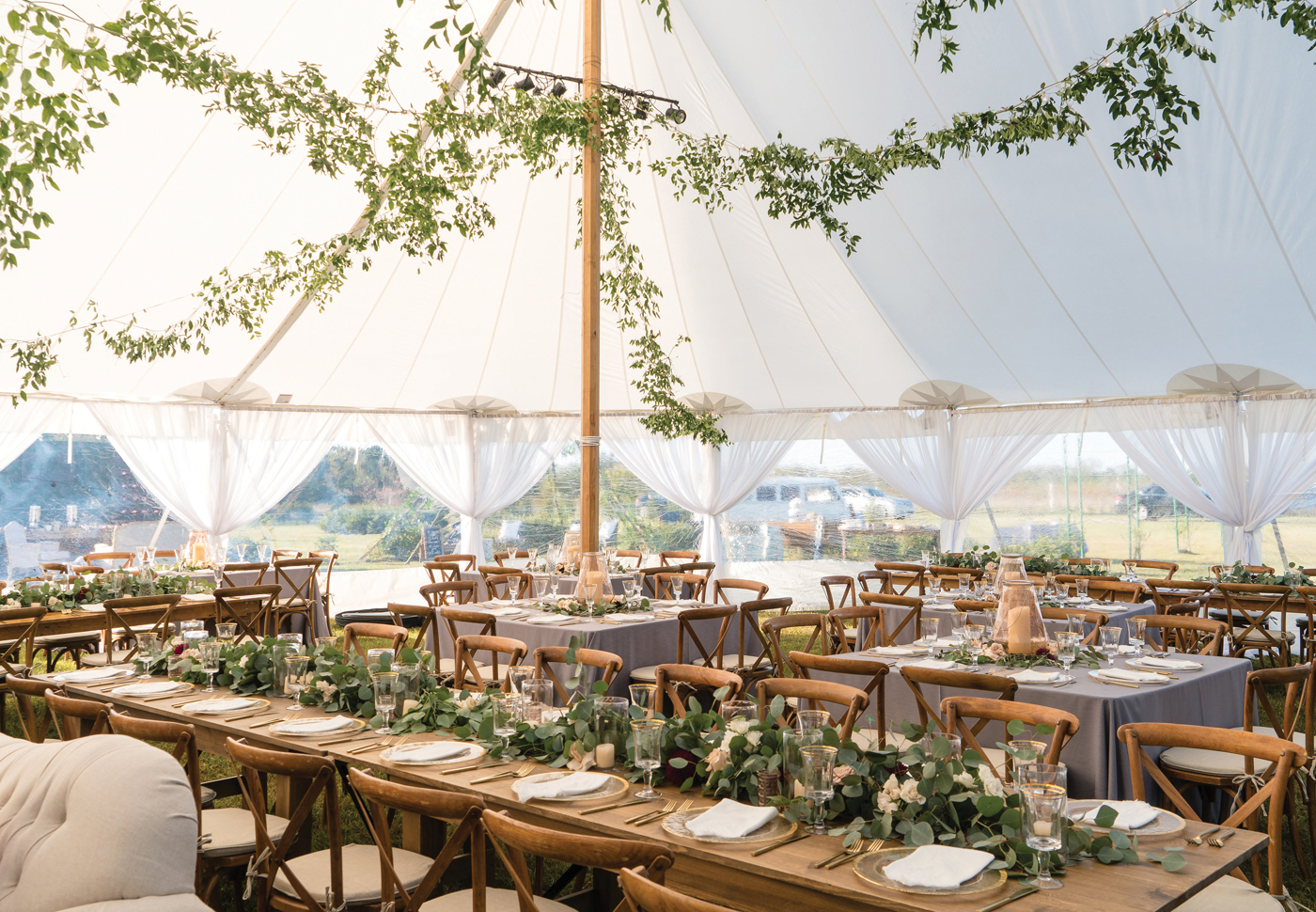 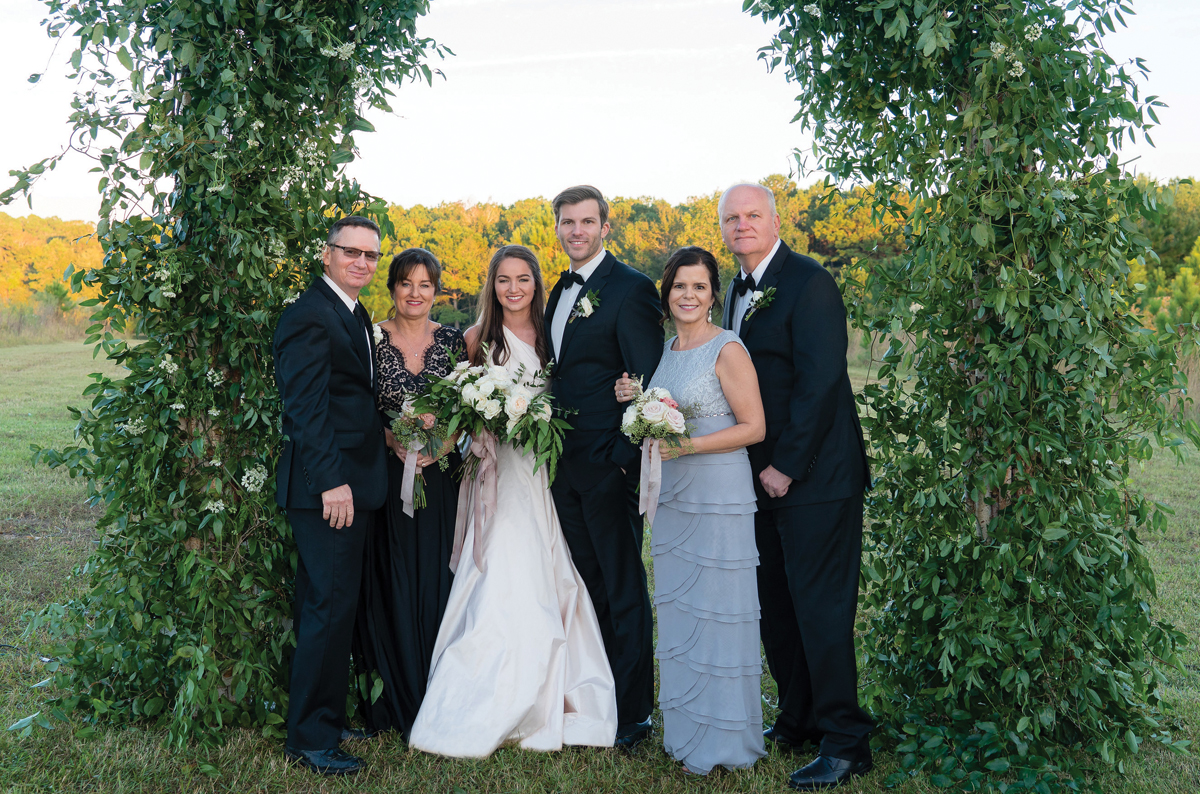