Rebecca Anne Cecchi and Scott Christian Midgette were united in marriage at the Citronelle Community Center in Citronelle, Alabama on October 29, 2016 at four o’clock in the afternoon. Brother Terry Glasscock officiated.

Given in marriage by her father, the bride wore a strapless, sweetheart neckline dress, with a beaded bodice and organza ruffled skirt. She carried a bouquet of white hydrangeas and baby’s breath.

Ceremony music was provided by pianist Beth Abbott. A reception was held at the same location.

Guests dined on a buffet provided by Fancy Affairs Catering and then enjoyed dancing to music by Roger from Everything and The Wedding Too. The wedding day was carried out beautifully with the help of Cindy Squires and her team at Squires Farm and Events.

Following a honeymoon in the Dominican Republic, the couple now resides in Mobile. 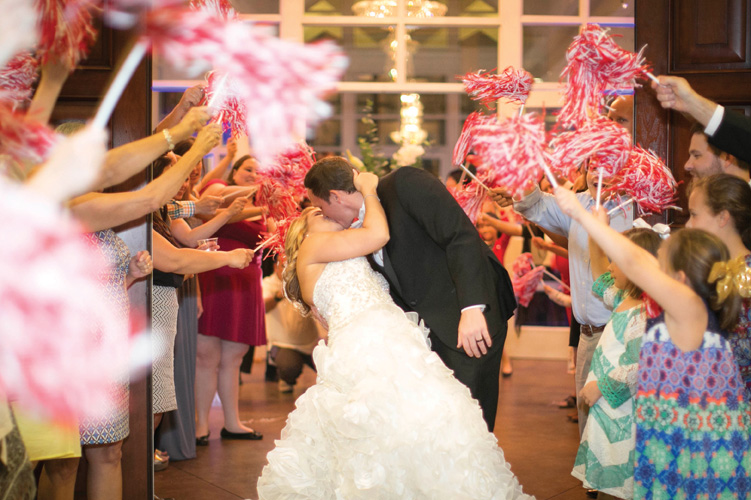