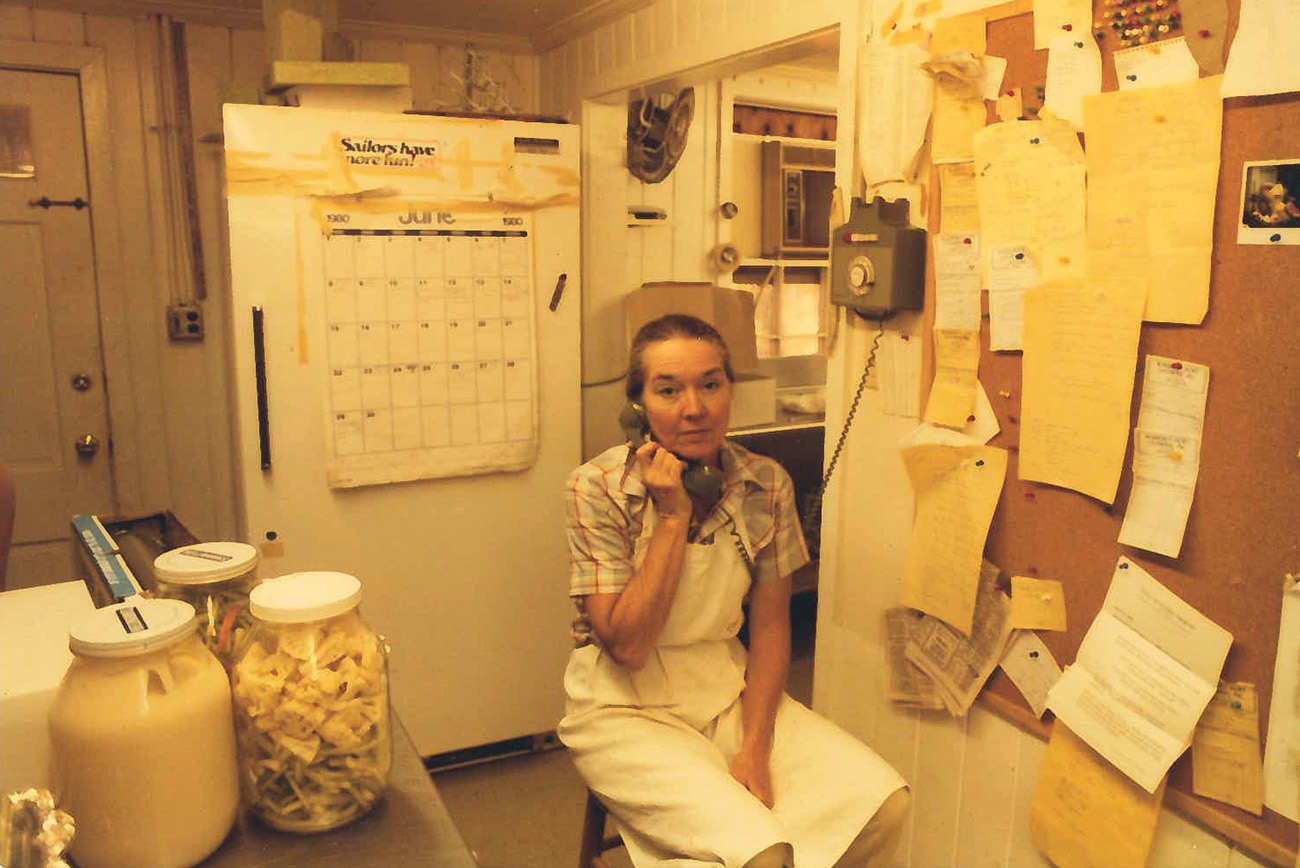 Last June, Wimberly Dixon Hory passed away, but she is remembered as Mobile’s favorite cook and caterer from the 1960s through the mid-1980s. First out of the garage of her home on McGregor Avenue and then from her Old Shell Road location near South Alabama, Wimberly began making bread and chicken salad sandwiches for neighbors and then expanded broadly to cater weddings and large corporate events. In the introduction of her cookbook, she writes, “It was my son, Dixon, who indirectly led me to the profession. One day when he was just 9 years old, he came into the kitchen lamenting that he had no way to earn any money. I had just taken four loaves of home-baked bread out of the oven, and I suggested that he might sell the bread to some neighbors for a quarter a loaf.”

Wimberly’s self-defined style was “Southern, and in the grand tradition of Southern hospitality, many of the recipes lend themselves well to festive occasions.” And that is just how she is remembered. Her daughter, Ellen Hory Cooper, who worked with her mother for years, remembers, “She was always moving and laughing and never met a stranger. She was so much fun. People loved her and of course loved her cooking. And she never went anywhere empty-handed. She always had a package of cheese straws to give to the doctor or bread for a neighbor or fresh-baked cookies for the boys across the street.”

Lucky for posterity, she collected her trove of recipes and wit in her beloved “Wimberly Cooks.” A seasoned cook’s cookbook, her recipes there are plainly written and include many of the Bay area’s most beloved dishes.

Beyond her accomplishments as a caterer, Wimberly’s life was rich with adventure. At 17 she moved to New York City for a year and danced in a professional ballet company, taking up residence in the famous Barbizon Hotel for Women. Never stuffy, she branched out beyond ballet and even danced as a “bobby sox girl” with Frank Sinatra. When she returned to Mobile, Wimberly worked at Brookley Air Force base serving coffee to the troops during WWII. There she met her husband, Al. As the story goes, Wimberly was on a date with another officer who had gotten terribly drunk. When she called her father to come pick her up, 1st Lt. Al Hory valiantly stepped in, offered to speak with her father and drive her home. Despite his being 10 years older, a Catholic and a Yankee from New York City (quite a scandal at the time), the two were married three weeks later.

Wimberly also had a lifelong love of Dauphin Island and called it “paradise.” After her husband retired, they moved permanently to the island. There she took on a major role to bring St. Francis Episcopal Church down from Stockton to Dauphin Island. As the 18-wheeler lumbered over the bridge with the structure, Wimberly is remembered as saying, “Here come the Episcopalians!” She also raised money for the church with a gumbo sale that helped fund the parish’s fellowship hall.

Wimberly’s joie de vivre endeared her to everyone she knew, especially her children and grandchildren. Her granddaughter, Garland Cooper Tsarouchas, gave the eulogy — a celebration of a life well lived — and remembered her grandmother’s delightful wit, penchant for a good time and generous and welcoming spirit. “I’ll miss cheese straws and vodka tonics, long days at the beach and homemade bread. She lived a long, full life.”

Cheese Straws (Past and Present)

These delicious treats can be made by hand or with the help of a food processor (but be careful not to overwork the dough).

Put cheese into food processor and stir for a few moments. Add the butter, oil and red pepper, blending until butter is well mixed. Add flour, and then blend until dough makes a ball. Remove dough through disc of your choice. Bake at 350 degrees about 10 minutes or until straws are firm to touch.

Blend ingredients. Makes a wonderful dessert. Serve in wide top Martini or champagne flutes. More than one serving and you’ll think the hammer got you.

Cornbread Dressing for a 5-pound Hen

Toast bread slowly in top of oven until crisp and light brown. Break up into small pieces, put in deep bowl and pour hot stock over it. Cover bowl and let steam. Crumble muffins you have cooked according to directions on the box. Then mix the bread and muffins together. To this add celery, onions and bell peppers which you have cut up and cooked in frying pan with some bacon drippings or about 1/3 stick of margarine. Cook slowly and stir often as you do not want it to brown; just cook through. Add other seasonings and the eggs. Mix well with a fork. Put into greased casserole and bake at 350 degrees about 45 minutes or stuff hen. To stuff an 18-20 pound turkey make dressing four times.

Plan this meal for dinner the same day.

In a 10 x 10-inch Pyrex dish or adequate substitute, ungreased, and prepared in the morning, put the following:

Pour 2 1/2 cups of water over the above ingredients and let stand all day. Just before baking, add: 6 chicken breasts skin-side down on the above prepared dish. Salt dish lightly. Mix together 1 stick melted margarine, juice of one lemon and 1 teaspoon of Tabasco. Pour this mixture over the above dish. Bake for 30 minutes; turn chicken skin-side up and cook until chicken is browned and rice is fairly dry; about 25 minutes. Bake at 350 degrees.

Dissolve the above in enough water to make a paste. Cover and let stand for ten minutes.

Mix well. Serve with meat or seafood — an Old Mobile favorite. An addition of 1/2 cup whipped cream makes it even better!