On any walk along the streets of the city, Mobilians and visitors alike can’t help but admire from afar the exterior architecture, decor and landscape of our historic homes. However, during the Historic Mobile Preservation Society’s (HMPS) annual tour, the front doors of nine architecturally signficant homes will open to ticket holders. In keeping with this year’s theme, “Contemporary Living in Historic Settings, ” these beautiful residences “have been adapted to meet the needs of 21st century families, while maintaining the charm and graciousness of their historic Mobile roots, ” says chairperson Penny Dendy.

Allan Gustin, who serves on the board of directors, says it was a Washington Square candlelight homes tour that initially attracted him and his wife to the neighborhood. “We are forever indebted to the HMPS for the opportunity to experience what we came to love, which is the ability to live and work within historic Mobile, ” Gustin says. He hopes tourgoers “enjoy the preservation of the past and the securing of the heritage of Mobile for others to enjoy.” 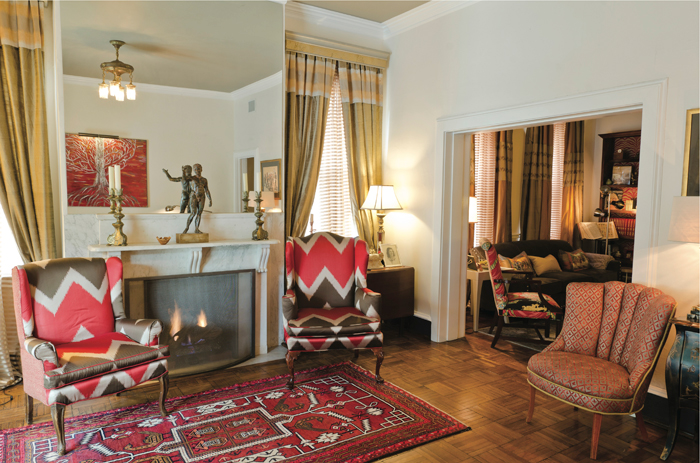 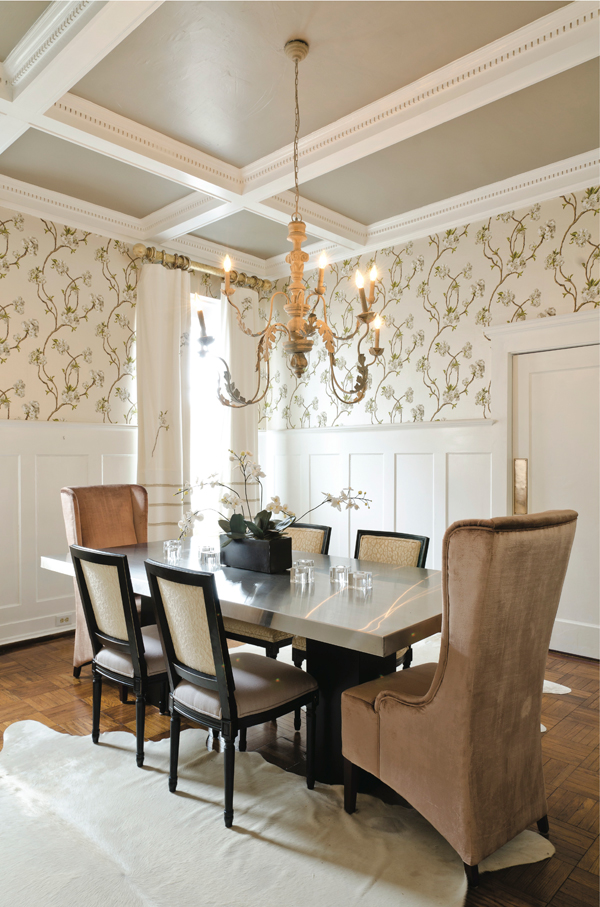 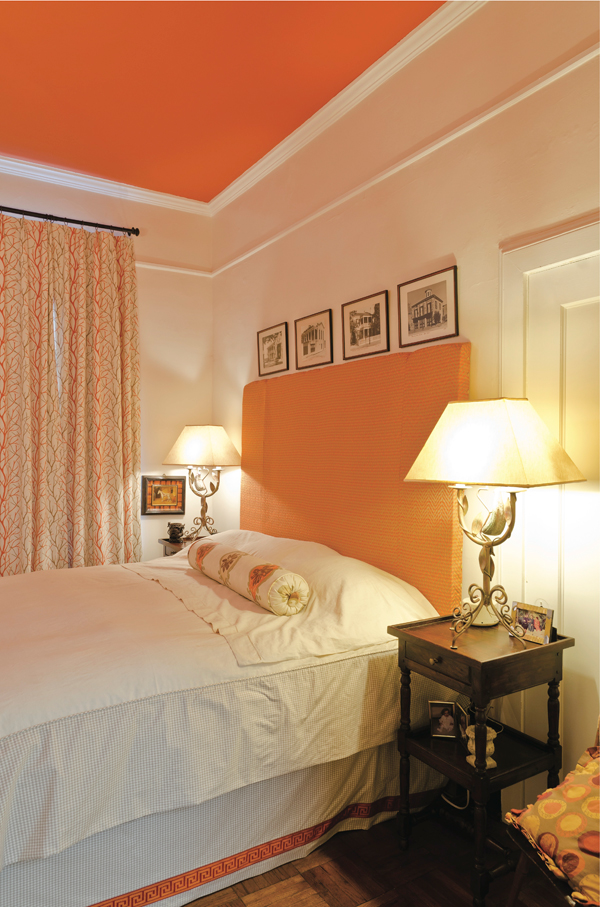 The Antoinette Apartments were constructed in 1911 as Mobile’s first luxury units. Debra and Daly Baumhauer recently purchased the property from the Meaher family, who had owned the building since the 1920s. By tour time, the couple is hopeful that their extensive renovations will be complete, and all four apartments will be move-in ready. “I hope visitors see her beauty, ” says interior designer Debra. “We’re totally in love with her. She’s a gorgeous, grand building under the oaks.”

The property has long been an inspiration for the arts. Mobile author Augusta Evans Wilson once lived at the address in her antebellum home before the Antoinette was built. “Word has it that when Mobile author William March wrote ‘The Bad Seed, ’ he used the Antoinette as his vision for the novel’s location, ” Dendy says. It will soon make its cinematic debut on the silver screen as the set of a dilapidated den of crime in “Tokarev” with Nicolas Cage. However, thanks to the revival, it won’t look anything like that today. The stately, well-appointed interiors appear as regal as ever. 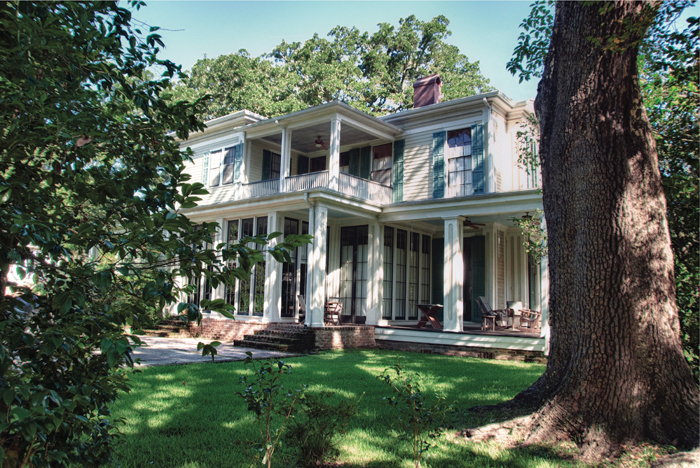 “Originally, it was the only address on the block which contained twelve oak trees, ” says homeowner Bill Cutts. Built in 1868, the structure was moved from the center of the block to the corner. During the transfer, the original kitchen area was separated from the house and moved back one lot. Later, Dr. John Dixon and his wife, Joan, bought it. The carriage house, still owned by the Dixons, is also open for the tour.

Renovations of the home have included additions of a front and back porch and bathrooms, as well as a kitchen remodel. Over the years, Cutts, a historic architecture enthusiast, has been involved in numerous building restorations, and he has called Twelve Oaks home for the past five years. In preparation for the tour, he is busy spiffing up the property. “This is an excellent way to support the local historical society’s efforts, ” Cutts says. 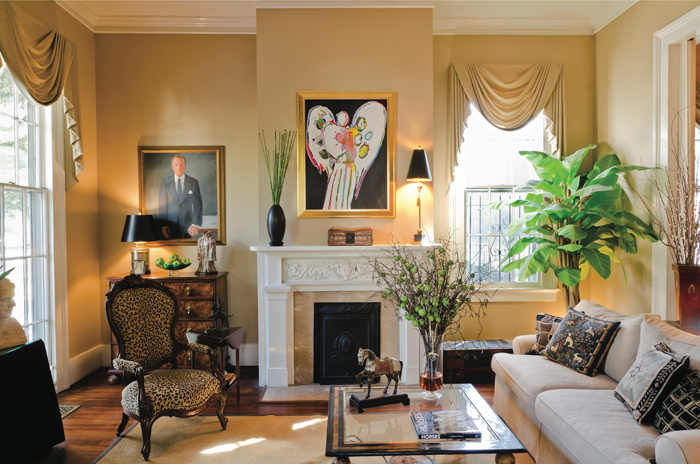 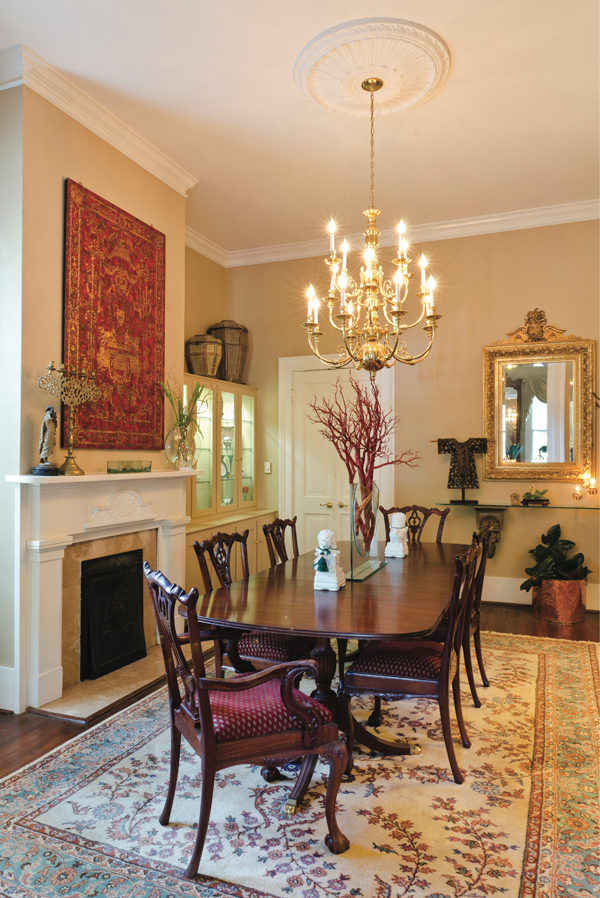 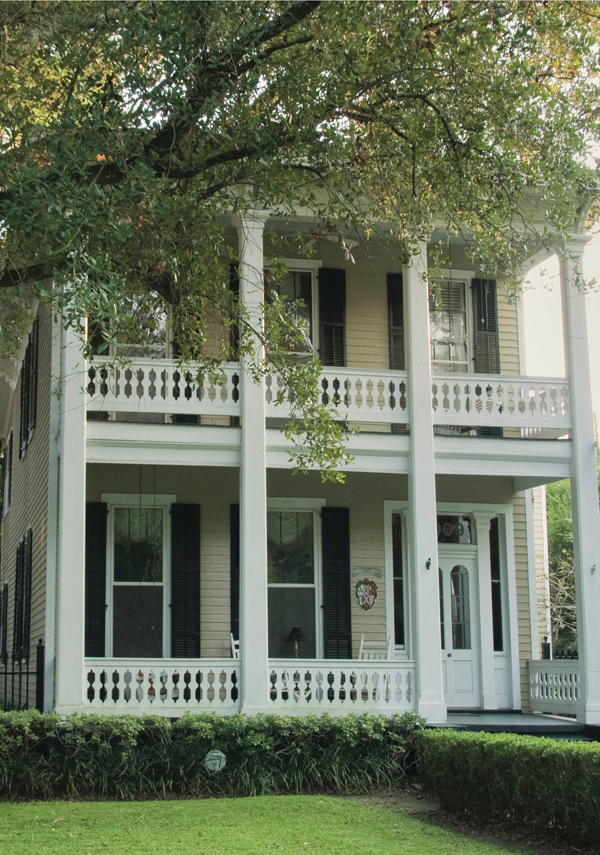 Radiance on the Square

Built circa 1871, the home is one of three side-hall-with-wing houses on the southern block of Washington Square. On the facade, the scroll-sawn balustrades and bracketed eaves represent the advancing woodwork of the time. Bay and Chris Haas have filled the interior of their architectural gem with a mix of meaningful items that they enjoy. Antiques and modern touches mingle with whimsical pieces, such as a figure Bay made for Chris out of a coat hanger and a small bowl holding his horse’s tooth. “Guess that goes beyond whimsical, ” Chris laughs. They admit there was an ulterior motive to participate in this year’s tour. “It’s a bit intimidating to know that all of the imperfections will be evident to so many people, ” Chris says. “But it is an incomparable motivator for getting those honey-dos done.” Bay hopes that guests find his home welcoming and interesting but not at all pretentious. 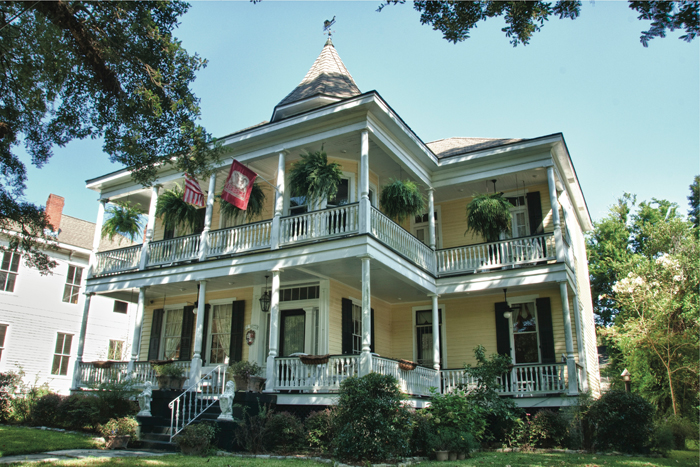 Queen Anne and Side Hall Pair

In 1854, Thomas Lyons, owner of the Park and Lyons machine shop that developed the Confederate submarine the CSS Hunley, built his home at 1118 Palmetto, above. Nearly 145 years later,  in 1999, a real estate magazine at the grocery store led Floyd Hendricks to the place. Since then, Hendricks has spent evenings, weekends and “vacations” restoring the building that he believes was at one point converted to at least four apartments. Even while living in Arkansas for 10 years, Hendricks made trips back to work on the renovation.

Eventually, he purchased the home next door at 1120 Palmetto. Lumberman Lawrence Crump had built that place in 1895 and, ironically, sold it to his neighbor Anna Lyons, who lived at 1118 Palmetto. With the Lyons home complete, Hendricks is now back in the renovation process at the Crump place. The Crump project has been in progress for nearly 3 years, but it’s almost ready. “It’s the hammer and nails part of the tour, ” Hendricks laughs.

Although the houses have been gutted and refurbished from the studs up, Hendricks hopes guests see they were done in a tasteful way that maintains the historical character.

10 a.m. – 4 p.m. Don’t miss this year’s lineup of residences, which all showcase contemporary Southern living in magnificent, historic architectural settings. Other stops on the itinerary include the charming McGraw-Newell, a traditional Gulf Coast cottage, above; the statuesque former home of noted local preservationist Velma Croom; former mayor Mike Dow’s 1869 Italianate villa; and historic Oakleigh,  including the Cook’s House and the Cox-Deasy House. Proceeds benefit the Historic Mobile Preservation Society and the Oakleigh Historic Complex. Tickets: $20 in advance, $25 after March 13. 432-6161.