From the Foreword by Walter Edgar

And it is Sledge’s love of books, his passion for the written word, that is evident in his own writing. His prose is thoughtful and carefully crafted. In a number of instances, it borders on the lyrical. In his review of Helen Scully’s novel “In the Hope of Rising Again, ” about turn-of-the-20th-century Mobile, he concludes: “She has captured old Mobile like a firefly in a bottle, in all its exotic complexity and grace.”

“Southern Bound” has distinctive local roots, but it is not by any means a book just for residents of the Gulf Coast. It reflects the author’s years of reading, especially his appreciation for the multitextured and rich cultural heritage of the American South.

The pieces in this collection highlight a running conversation about books, authors, and literary matters in general between me and the readers of the Mobile Press-Register’s Books page from 1995 to 2011. During those 17 years, I wrote well over 800 columns, or roughly half a million words, of which only about 20 percent is on offer. As with any kind of regular newspaper writing, of course, much of that mountain of work was ephemeral, meant to accomplish something specific on a given Sunday, such as promoting a local literary event or introducing a new English professor in town. But some of it is of more than passing interest and, whether sampled in thematic chunks as organized here or simply dipped into randomly before bedtime or in an idle moment, should prove entertaining or instructive to many readers. This collection presents no grand narrative arc or critical posturing, in other words, but rather a series of, to paraphrase Dr. Johnson, loose literary sallies by someone who has always loved books and the written word. 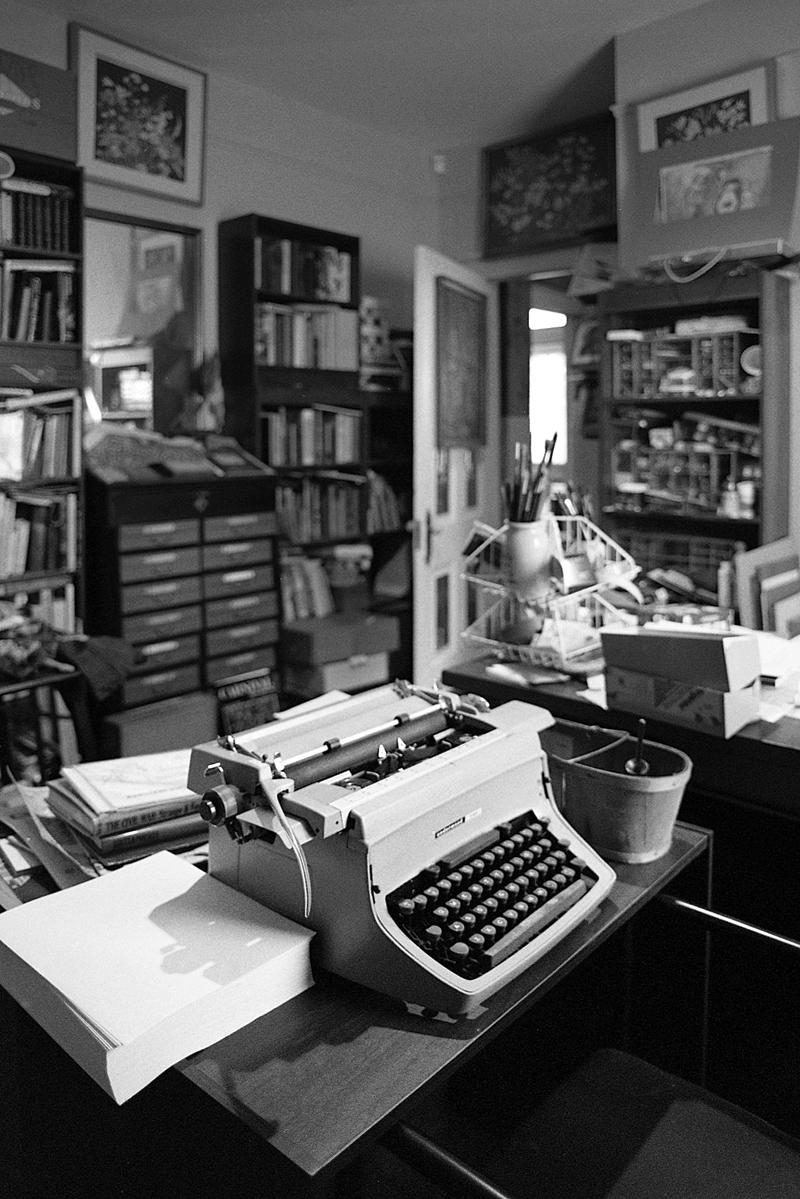 It was a gorgeous fall afternoon. The air was crisp and clean, the sky a brilliant blue and the Chinese Tallow trees ablaze with red and yellow. I was working along my back fence, clearing away the dry tangle of privet, kudzu and thorn that had run riot all summer. With broad strokes of the sling blade I hacked away at the dense mass, sending twigs and broken bits of vine flying. The westering sun shot golden beams through the debris-filled air, and there was no sound but the crash of the blade. My barn jacket felt good in the chill, and my dog sat nearby, waiting for me to finish. At that moment it struck me – I must read some Faulkner.

Certain authors suit certain moods, and this was clearly a Faulkner moment.

I’m on page 510. Only 1, 765 more to go. Off and on for some time I’ve been chipping away at Marcel Proust’s seven-volume masterpiece, “Remembrance of Things Past” (or “In Search of Lost Time” as it is now translated). Though the monumental work is much praised, I don’t have many literary friends who have completed it. Most gave up in despair somewhere along the way. One who did finish termed his effort “a forced march.” That’s a telling description for reading Proust. Climbing a mist-enshrouded mountain, slogging over a vast landscape, blundering through a labyrinthine palace — reading “Remembrance of Things Past” has been aptly compared to all these things.

So why bother? Because, if those who have completed the task are to be believed, the experience is incomparable, the sense of achievement, the lofty prospect, the enlarged view all unmatched. 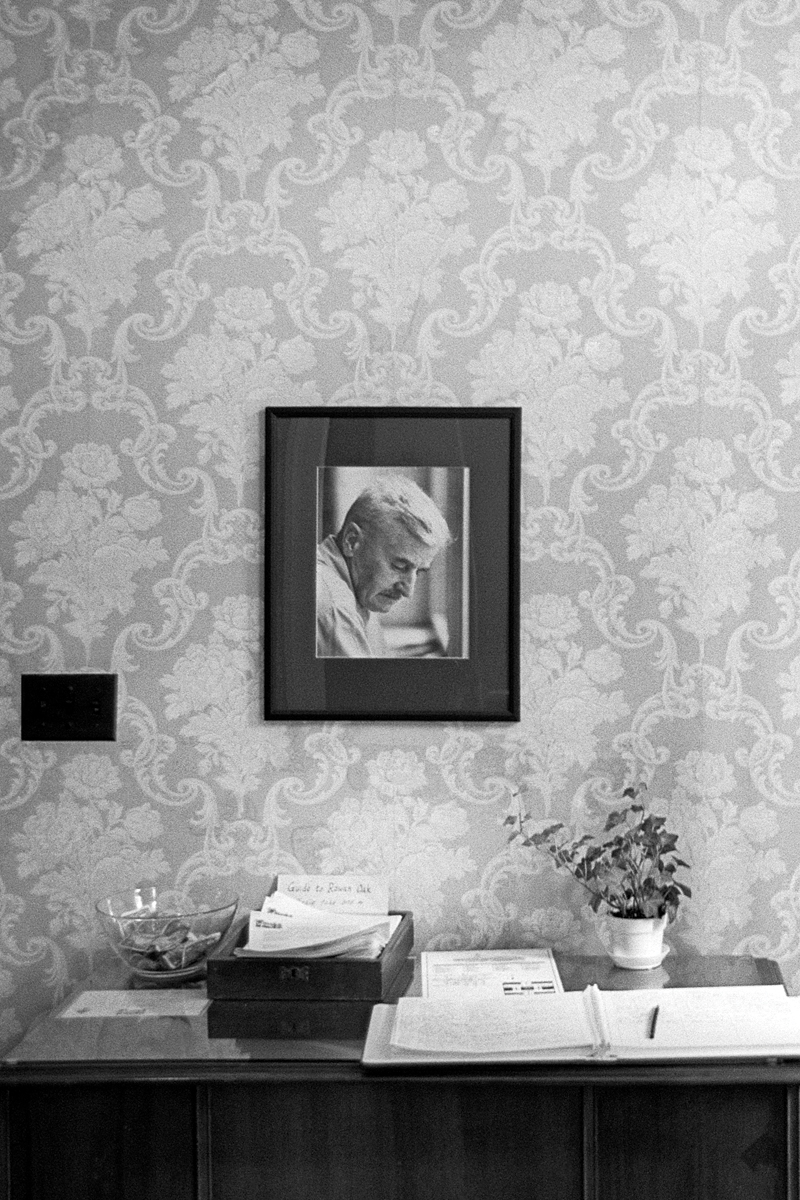 From “McMurtry’s Hometown a Paradise for Collectors”

Neither the hotel clerk in Amarillo nor the attendant at the nearby Toot ’n’ Totum had ever heard of Archer City, Texas, much less how to get there. Yet this tiny, middle-of-nowhere place looms large on the American literary landscape as best-selling author Larry McMurtry’s hometown and the location of his bookstore, perhaps the biggest in the South. Therefore, during a recent cross-country jaunt, my wife and I decided to alter our route and experience Archer City’s rich and unusual associations for ourselves.

As it turns out, Archer City is located some two hours west and north of Dallas amid mesquite, bluebonnets, cattle and oil wells. The town presents anything but a prosperous appearance. A sandstone Romanesque Revival courthouse anchors a square lined with one-story businesses. Outlying houses are mostly one-story, too, and little traffic disturbs the somnolence induced by plentiful sun and sky.

Let’s call it the “successful middle-aged male fantasy.” No, it’s not a night on the town with Britney Spears or a spin around the track at Daytona. Rather, it’s a desire to be incarcerated. Surely not, you protest. Why on earth would anyone want to be jailed, especially someone who’s a success by outward appearances? Ironically, in order to be free to read.

Over the years, I have been struck by how many men have shared this fantasy with me (women, incidentally, never wish for prison but rather to be back in college). Whether at lunch or in passing, and knowing that books are my business, these men get wistful looks on their faces, and murmur something about how little reading time they have. Then they brighten and say something like, “I wish I could be in prison for a year or so and have all the time in the world to read.” 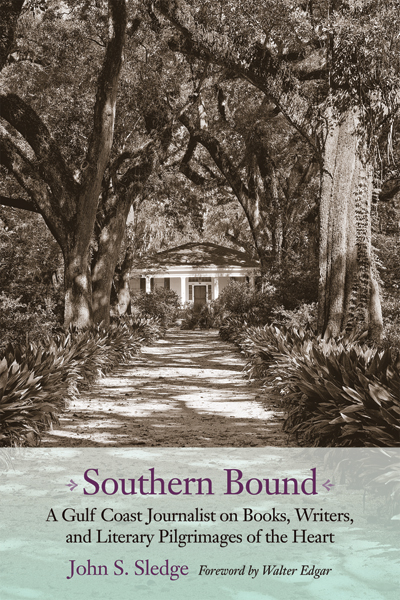 From “Southern Bound: A Gulf Coast Journalist on Books, Writers, and Literary Pilgrimages of the Heart.”
University of South Carolina Press, 2013, paper, $24.95.