Will Kimbrough’s love affair with music began in a fairly conventional way – violin lessons in the fourth grade, piano in the fifth and sixth. But everything changed on his 12th birthday. May 1, 1976 was the day Bruce Springsteen came to the Mobile Municipal Auditorium, and Kimbrough was one of a thousand people in the crowd, most of them cheering, screaming and rushing the stage. This was like nothing Will had ever seen, a moment when music became something else – not just entertainment or escape, but something much deeper, like a revival almost, joyous and strong, with words that seemed to overflow with meaning, all of it embedded in a great wall of sound.

“That show did it, ” Kimbrough remembers. “I was hooked on my 12th birthday.”

Kimbrough immediately formed a neighborhood band. He began writing songs, blasting them out on his first guitar: a 1965 Alamo Fiesta. It was a birthday gift from his parents, along with a $10 amp and the Springsteen tickets. “The guitar was cool, and long gone, ” he says. “The amp was landfill fodder.” No matter. Six months after the Springsteen show, Will and his band played a gig at a skating rink in Mobile. They got paid only $150, but Kimbrough has never looked back. As a teenager, he drifted through Murphy High School, where some of his classmates saw him as a geek, with his dark-rimmed glasses and obsession with song. After graduation, in 1982, he spent a semester at the University of South Alabama, paying intermittent attention in class, but mostly playing rock ’n’ roll.

“We learned the Allman Brothers and Lynyrd Skynyrd, ” he says, “but we also wrote some of our own songs.”

That’s the way it’s been ever since. Around Nashville, where he has lived since 1988, Kimbrough is known as a brilliant guitarist, a session player who can make anybody’s songs sound superb. He’s also a master songwriter in his own right. “I’d rather look for the needle in the haystack than try to identify a critically hailed, musically inventive Nashville recording artist who doesn’t have a connection with Will Kimbrough, ” says Peter Cooper, music writer for the (Nashville) Tennessean. “He’s a force of nature as a guitarist … able to elevate other artists’ music, from Emmylou Harris to Todd Snider. But as much as we all admire him as an instrumentalist, we also admire the way Kimbrough writes songs that are viscerally thrilling and emotionally compelling. He pours his heart out to a blazing, rock ’n’ roll backdrop.” 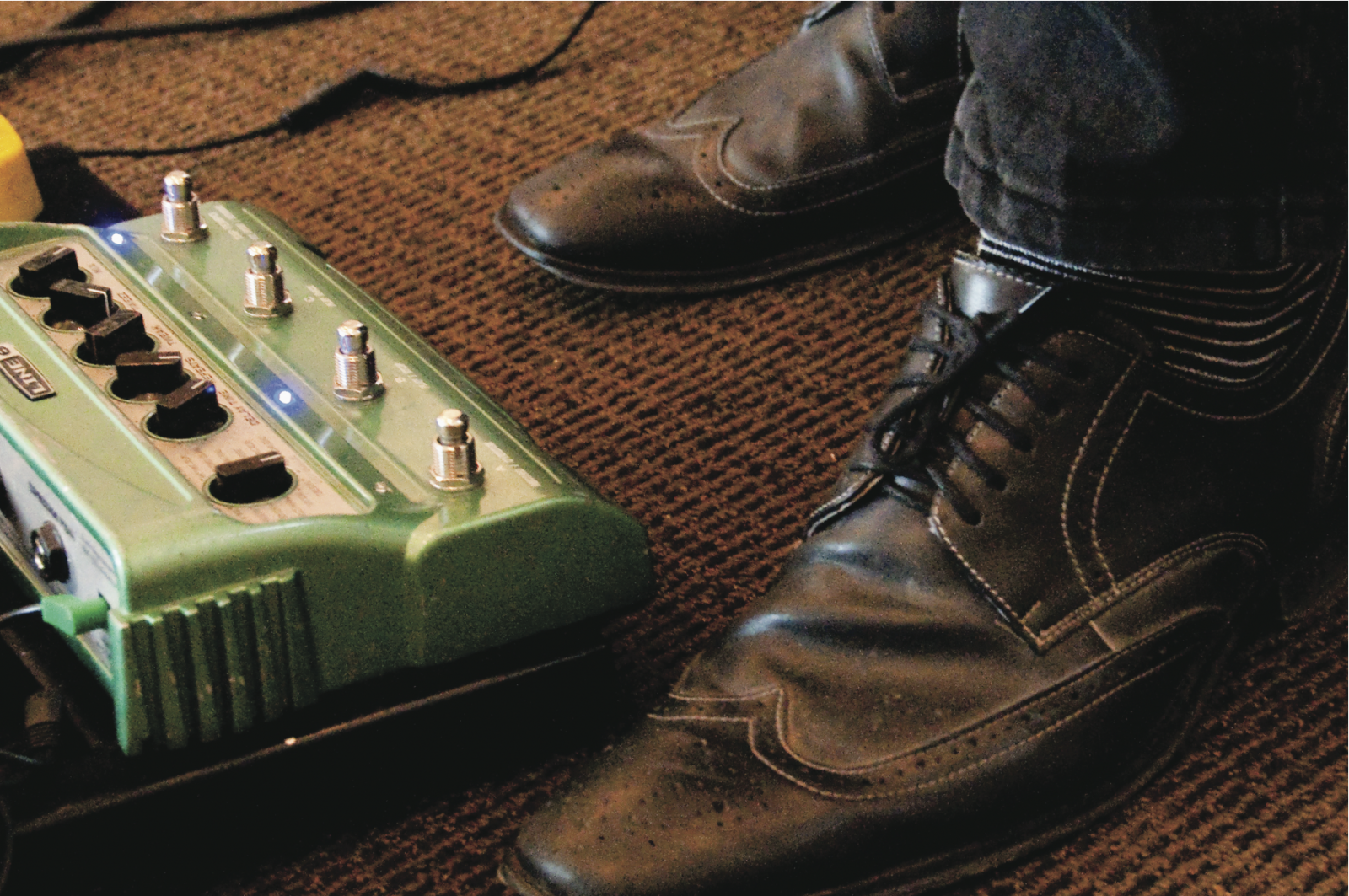 Kimbrough’s ascent to a kind of cult figure stardom began in earnest sometime around 1995. He was playing in the band of Todd Snider, an Americana troubadour originally from Oregon. They were at Tipitina’s in New Orleans. “Jerry Jeff Walker was there that night, ” remembers Kimbrough, “and Jimmy Buffett too. Todd’s record was on Jimmy’s label. So I was leaning against the wall in the dressing room, drinking a beer, and Buffett was standing right next to me, so I just said, ‘I’m Will from Mobile.’”

Buffett, who also grew up in Mobile, made a joke about their background. “Another refugee, ” he said, and, as far as Kimbrough knew, that was it.

“But then, ” he says, “fast-forward to 2002. I was doing a lot of freelance musical stuff, which is good for learning, but I wasn’t making much money. Then one day Jimmy’s niece, Melanie Buffett, called and said, ‘Jimmy was asking, whatever happened to that guy from Mobile?’ She said, ‘FedEx whatever you got cause you’re on his mind for whatever reason.’ So I sent some songs and time went by, and then I got another call from his office: ‘Jimmy Buffett wants to record two of your songs.’ Then another call: ‘Can you come down and play on the record?’ And there I was in Key West working with Jimmy Buffett and the Coral Reefer Band. Toby Keith was singing a duet on one of my songs, and all of a sudden, I’m in the big time. You get used to it really fast.”

Kimbrough laughs when he says it, as if his serendipitous start still feels a little unreal. In the years since then, Buffett has recorded a dozen of Will’s songs, including four on the CD, “Songs from St. Somewhere, ” released in August. Kimbrough, meanwhile, has recorded 14 albums of his own and has toured with such songwriting legends as Rodney Crowell and fellow Alabamian Emmylou Harris. With Harris, Will remembers, “We did an extensive tour in 2011. We went around the world and played two years in a row at the Golden Gate Park in San Francisco before really huge crowds. At the Newport Folk Festival, we got to play ‘We Shall Overcome’ with Pete Seeger. It was amazing.”

Almost nothing in Kimbrough’s career tops the satisfaction of the past two years. During that time, he has begun making frequent trips back home, digging into the music of Lower Alabama and finding kindred spirits in unexpected places. In February of 2012, he was playing a show at Silverhill’s The Frog Pond at Blue Moon Farm, a venue that has recently become a major destination for Southern songwriters. On this particular night, Feb. 4, Kimbrough was sharing the stage with local artist Grayson Capps and the Gulf Coast duo, Sugarcane Jane (Savana Lee and Anthony Crawford). Instrumentalist Corky Hughes was there as well, playing guitar, and the chemistry of the moment was so superb that Kimbrough and the others began to talk about making a record. They named themselves Willie Sugarcapps, and, for Will, it feels like the ultimate songwriters’ band.

“We’re trying to be a band with great songs and great singing and great lyrics, ” he explains, “but one that
can also improvise. We value that moment when it feels like the music has a life of its own. But all of it happens in the context of the song. All of us value the songs first of all.”

When Willie Sugarcapps cut their self-titled debut album in 2013, they aimed for something authentic and live, recording 10 songs in barely eight hours, five of the songs written by Kimbrough. One of the most personal was “Mud Bottom, ” Kimbrough’s ode to the place he was raised, delivered to the lazy sound of his banjo:

Now, Kimbrough has also recently released a solo CD, “Sideshow Love, ” a collection of original songs ranging from blues to country with an inevitable overlay of rock ’n’ roll. In promoting that album, as well as the Willie Sugarcapps record, he expects more visits to the Alabama coast, celebrating his growing fan base in Mobile. But Kimbrough is a collaborator by nature, and so he continues to record and tour with his friends in Nashville. One of those friends is Marshall Chapman, a singer-songwriter who has come to see Kimbrough as a musician of “otherworldly” talent. Chapman knows she’s not alone in that view.

“Will seems to bring out the best in everyone around him, ” she says. “I’ve been making records for nearly four decades. Will played on my last two – ‘Big Lonesome’ and ‘Blaze of Glory.’ It’s probably no coincidence that those two are everybody’s favorites. Will’s a cool cat. Must be something in the mud down there in Mobile.”

3 p.m. Kick back and relax while enjoying the local band’s tunes. Bring your own lawn chair and alcohol. Contact the venue to get on the guest list. Tickets: $25.