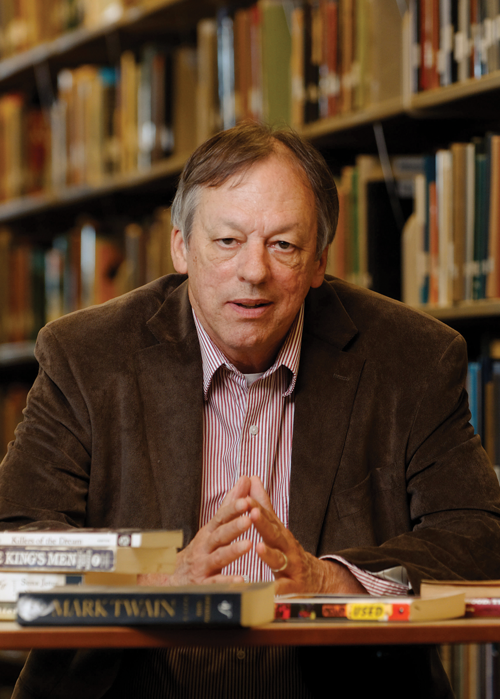 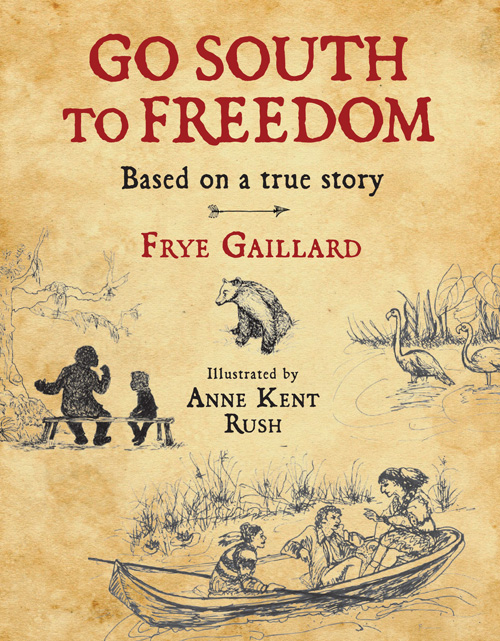 War!” said the African. “We didn’t come here looking for war. We came here to find freedom and peace.”

“Guess we all did, ” said John Horse. “But it’s not up to us. Let me tell you how this happened.”

Well, they say he talked for nearly an hour. Gave the African and his family a long history lesson. He said the first runaways came to Florida all the way back in the 1600s, and it seems like they just kept on coming. Hundreds of them down through the years. They built their own homes and towns, raised their own children, even grandchildren, and got along pretty well with the Indians. Some of the Indians claimed to own slaves, but that never really amounted to much. Black folks just paid what they called “tribute” — gave the Indians a little bit of what they raised, like corn or cattle, every year in exchange for living on Indians’ land.

But all that time, these former slaves lived free. They chose their own leaders, spoke their own language, which was part African, part English, and a little bit Indian. And when it came time to fight, the Indians and former slaves stood together.

That was the sad part, though. Seems like there was always some kind of fighting. They might go along for a little while in peace, but somehow the white folks just couldn’t stand it. Hated to see black folks living free. Indians, too, for that matter.

John Horse said it got real bad in the early 1800s, right around the time when he was born. He didn’t remember it too much himself. He was just a little boy. But he heard all the stories about an American general named Andrew Jackson who had gotten famous making war on the Indians. A lot of those Indians ran away to Florida. Joined up with blacks and Indians who were already there, and ole Andy Jackson came right on after them.

He was mighty surprised at what he found. A lot of the black folks lived near a fort. For just about as far as the eye could see, they had built their houses and big, pretty farms, and their cattle were grazing out in the fields.

They were ready to fight for what they had.

But the soldiers came and attacked that fort, and they won the battle with one lucky shot. They say a cannonball hit the very building where the black folks and Indians kept their gunpowder. BOOM! Ole John Horse said you could hear that explosion a hundred miles away.

The Indians and all those runaway slaves — the ones who weren’t killed —were pretty scared after that. They left their cattle and those pretty farms and found a new home back in the swamps. Seems like the soldiers let them be for a while. But wouldn’t you know it, General Andrew Jackson got elected President of the United States. Soon as that happened, he decided every Indian in the country had to move west of the Mississippi River. Cherokees, Choctaws, Creeks, Seminoles — they all had to go. That’s what Andrew Jackson said.

And the black folks, Black Seminoles, as most people called them, he wanted to turn them back into slaves.

That’s exactly when the African came to Florida — when he and his family met John Horse, who was the one that told them the whole sad story.

2 p.m. – 3 p.m. Celebrate the release of “Go South to Freedom, ” which details a Georgia slave family’s journey to freedom among the Seminoles in Florida and a group of free blacks in Mobile. Purchase a copy of the book and have it autographed by the author.

“Go South to Freedom” recently received a coveted starred Kirkus review. It will be available at local bookstores this month. Frye Gaillard is a writer in residence at the University of South Alabama and author of more than 20 books. He is the 2016 winner of the Eugene Current Garcia Award, one of Alabama’s highest literary honors, for distinction in literary scholarship.