It’s still dark when Loraine Ostema and I converge at the café on Saturday. The scent of onions and warm oil flares our nostrils. We watch as Loraine’s 16-year-old daughter, Gabby Griffin, performs like a star chef in the light of the raised kitchen. With practiced rhythm she preps today’s fare.

I first noticed Gabby at the Coastal Alabama Farmers and Fishermen’s Market in Foley. The diminutive young woman stood out from other vendors. She sold neither fish nor veggies. Her product was cloaked in a soft-sided, foiled hotbox. She hooked passers-by with a direct gaze and a lingering smile.

Gabby’s Café is her own eatery: She owns it, but the family helps operate it. The family is close, attuned to each other’s moods and motions. The crew scarcely talks. Each knows his task. Mom clears the detritus from an all-night cooking session. The brothers slowly yawn awake, not quite among the living, Teddy stares at a computer screen. The older, Tony, sets the place straight: refilling shakers, arranging chairs, plugging in the coffee.

Mom turns on the radio, ramping up the pace. With gloved hands, her daughter blends hand-pulled steaming beef with spices and green chilies. Wrapped in flour tortillas, they’ll be hand-held lunch for market-goers.

The family hasn’t always been in such great harmony, however. Growing up in an abusive environment, Gabby found respite in learning how to prepare her mother’s favorite dishes, beginning at the age of 8. Now, as her family has finally found peace and solace, she takes their past struggles to heart, donating a portion of her time and money to those in need.

Like the spices and ingredients that go into the cooking, Gabby’s family is a blend of cultures. Her birth father has roots in the Philippines and Samoa, a remote Pacific Island chain. Her mom’s lineage is mixed Spanish, Dutch and Filipino. They came together in Arizona, where Mexican dishes are as native as biscuits and grits in Alabama.

Back in the kitchen, Tony redirects the radio to country, his sister’s favorite. At the stainless steel counter, Gabby scoops up the risen dough and begins kneading and pressing it, eventually pinching off 20 tennis ball-sized pieces. Placing her rolling pin in the center of each, she rocks forward, pressing the dough into thin, flat ovals. There are no do-overs. The teen covers blemishes with a pinch and a deft roll. With a pizza cutter, Gabby scribes a circle around her template in a single motion. She spreads each tortilla into the warm skillet, judging the pastry’s doneness by practiced touch. When her palm senses the perfect temperature, she lifts the edge with her fingers and flips it.

Every time I encounter Gabby, she seems a little taller. Where I once observed a girl simply cooking tortillas, I now see a young businesswoman using her nurturing instincts and insider knowledge to touch the lives of others. What began as a family recipe and bonding pastime has now morphed, thanks to Foley’s Young Entrepreneurs Academy (YEA), a mentorship program for teenagers interested in business. Barely old enough to drive, she talks knowingly of business plans,  logos and marketing strategies.

However, for Gabby, it’s not about money. She’s made in-kind donations of tortillas to shelters and food programs. She uses her business as a way to make connections, to encourage and mentor other people.

Somewhere along the way of the morning’s activities, a meal appears before me. The family is now nurturing me as I sit and admire the fluid way they operate. Their bond is obvious. Each has the chance to work to his or her strengths and as a part of a larger whole.

I’ll see Gabby again at the farmers market and make my usual purchase: a pair of tamales for lunch with my wife and a bag of fresh tortillas for later. 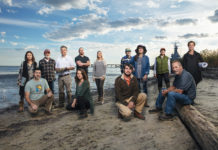 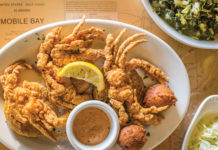 4 Local Dishes to Try this Month 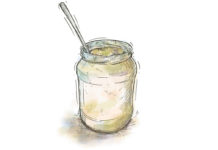 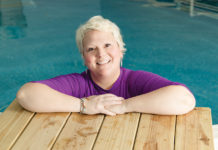 The Art of Collecting