The young faces of the military school band are given new life. 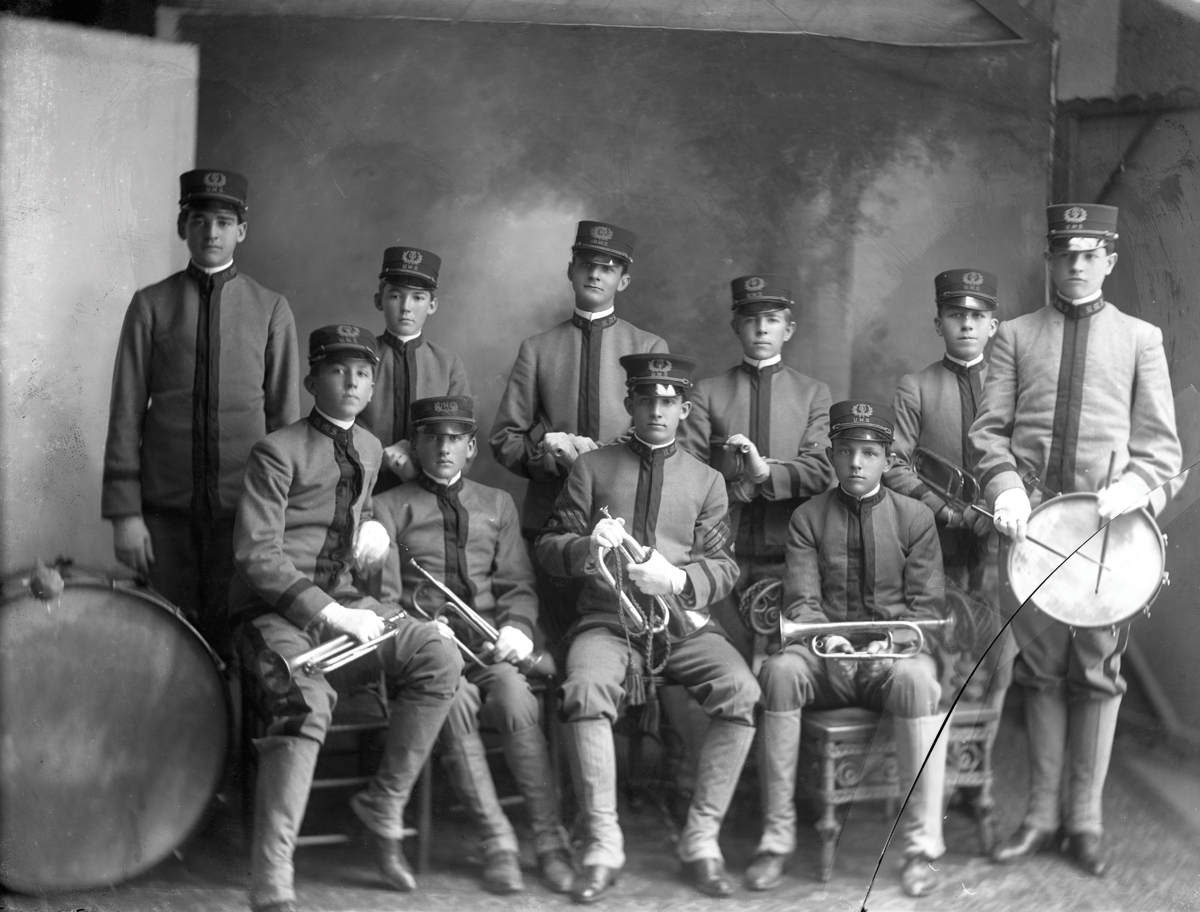 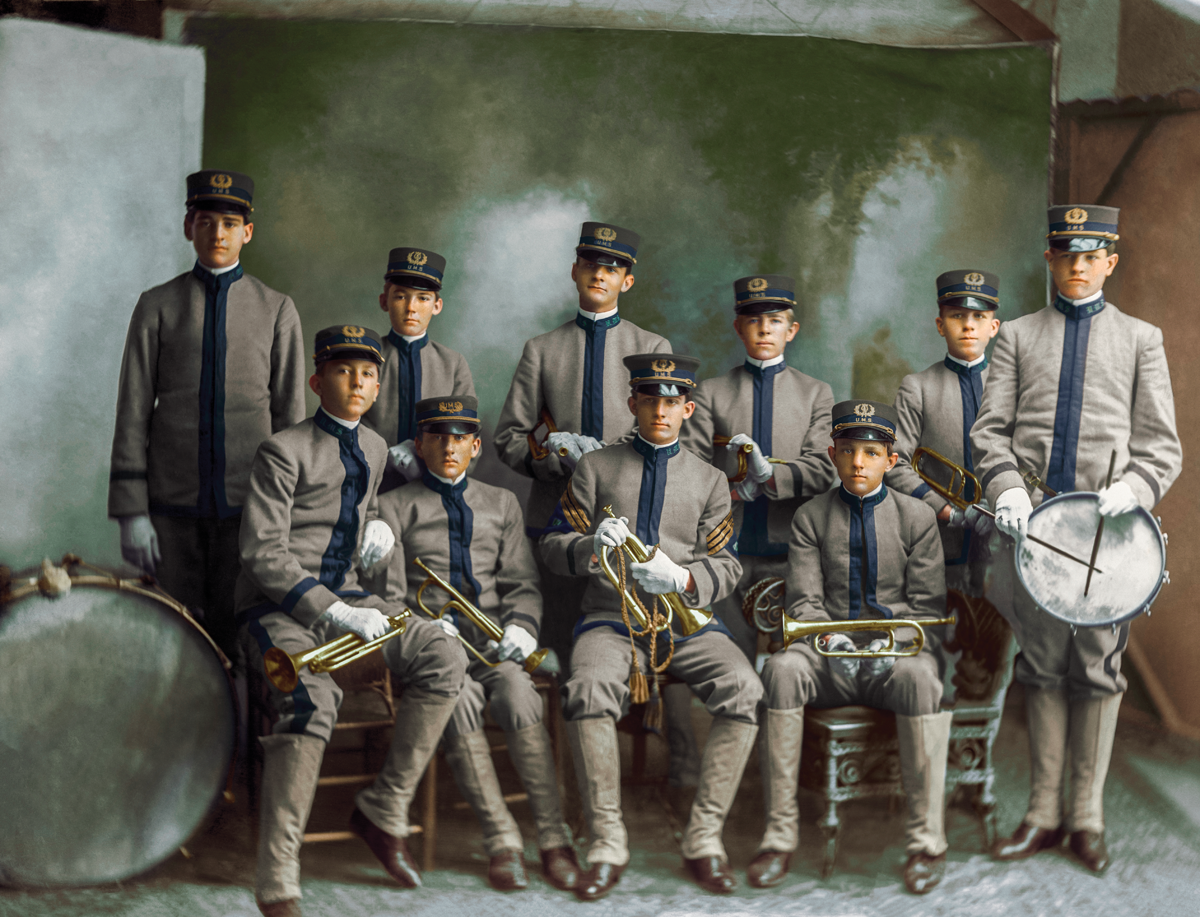 University Military School, or UMS, was opened on October 2, 1893. The school’s founder, a 22-year-old educator by the name of Julius T. Wright, was the only teacher at the small brick building at 559 Conti Street.

The details surrounding this photograph of the school band, taken around 1905, are sketchy, but the image reflects the school’s emphasis on good behavior and fastidious dress. In his book “The Wright Way, ” Edward Ladd writes, “Showing off his boys and their well-groomed manners was obviously a joy for Wright.” Mobile attorney Thomas Hamilton recounts that, once a year, Wright would lead the boys in a drill to girls’ schools around Mobile, where they were eventually allowed to break rank and visit with the ladies.