Melanie Roberts has a knack for shaking – and stirring – things up. According to her friends and frequent guests, she is a true hostess and clever crafter of creative cocktails. It is a skill that stems from her heritage. “I grew up in Louisiana, ” Melanie says, “and that means a drink for every gathering and occasion, be it the smallest or largest of groups. That’s how it has been in my family for generations. My mom is from New Orleans, and when you walked into my grandparents’ house for a holiday, there was always someone there with a silver tray waiting with gimlets or Champagne or something. It was always different, a sazzy (Sazerac), an old-fashioned. I remember when I was really young walking around eating the garnishes out of everybody’s drinks – cocktail onions, orange slices or cherries.” She brought the family tradition with her five years ago, when her husband Bobby’s company relocated from LA (Louisiana) to L.A. (Lower Alabama). She says the transition to Fairhope was surprisingly smooth because both areas share a lot in common. “They are very similar. Both are coastal. Plus, there’s a lot of the French culture, strong Catholic culture, Spanish influence and Mardi Gras.”

She started entertaining almost immediately, and friends quickly came to expect finding imaginative libations at Melanie’s. “Serving cocktails is almost a lost art because everyone now drinks beer and wine. So it’s fun to offer guests something special. It’s a good icebreaker, too. People loosen up, get more comfortable and talk with one another.”

Melanie draws inspiration from seasons, events and foods. “During fall and winter, with hunting and football, I choose darker liquors, such as bourbon. In summer, I go with vodka or light rum. I enjoy educating and advancing people’s palates, getting them out of their norm.” Now, for the holidays, Melanie graciously shares her talent, creating these seasonal cocktails. Cheers!

Gorgeous, ruby-hued pomegranate martinis, opposite, make a marvelous aperitif at a holiday gathering.

1. Combine vodka, Cointreau, cranberry juice, pomegranate juice and lime juice in a large pitcher.
2. Fill a cocktail shaker half full with ice and pour in about 3/4 cup of the vodka mixture. Put top on shaker and shake vigorously for 30 seconds or more. Pour into chilled glass and garnish with lime and several pomegranate seeds. Repeat. Makes about 6 cocktails.

For a Crowd: Makes 1 quart (plus a little lagniappe)

1. Combine bourbon, simple syrup, bitters and soda. Stir well. Pour mixture into a glass filled with crushed ice. Garnish each with an orange slice and cherry or rosemary and a rock sugar swizzle stick.

Classic Louisiana libations are among Melanie’s favorites, and she always likes to add a nifty twist or garnish. The Sazerac is a much-beloved beverage born in New Orleans at The Roosevelt Hotel.

1. Pour whiskey, simple syrup and both bitters into a cocktail shaker filled with ice. Shake well. Rinse glass with Herbsaint. Strain drink into glass and float a piece or two of lemon peel in it. Makes 1 cocktail. 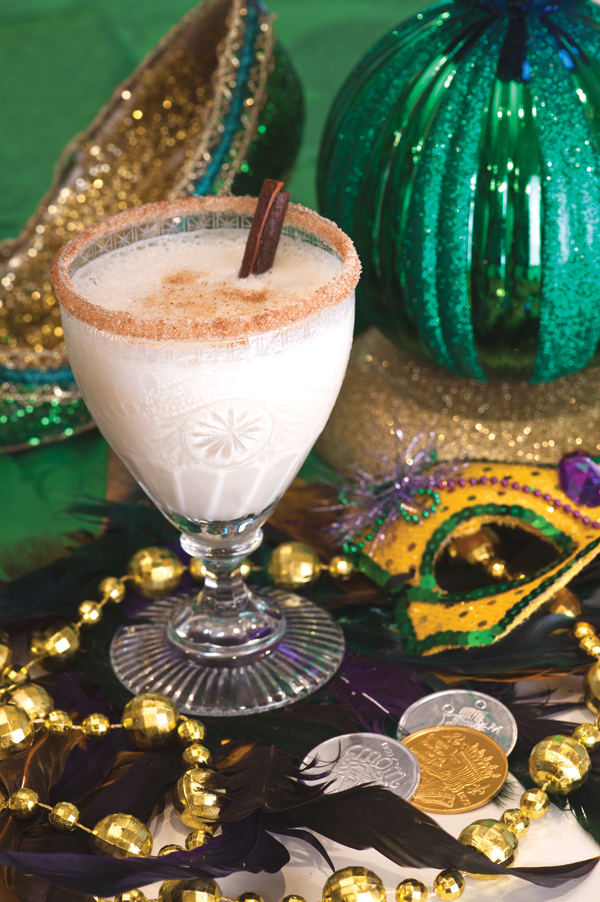 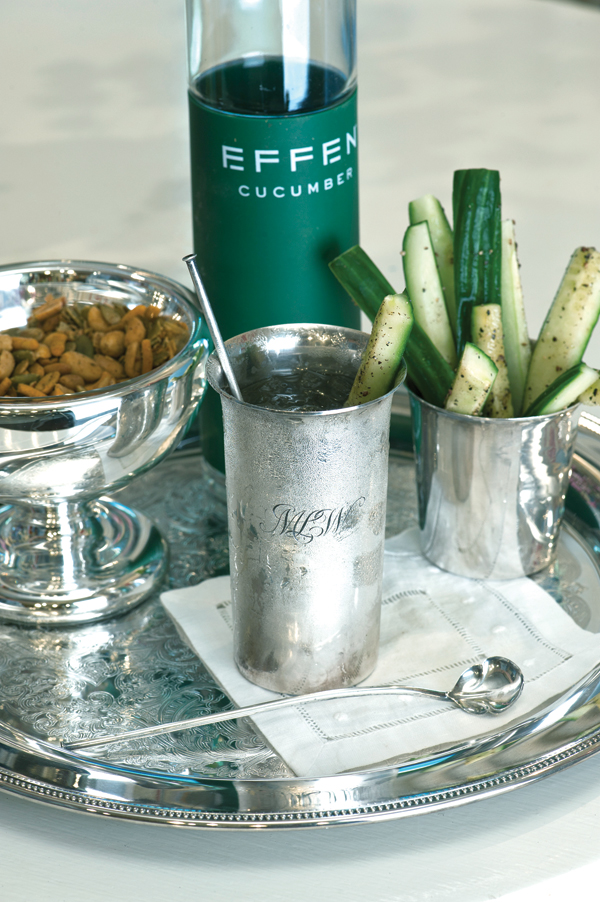 Melanie believes in extending the holidays into Carnival season. A splash of king-cake-flavored vodka makes this lush indulgence extra festive.

1. In a large, freezer-safe container, mix together vodka, amaretto, ice cream and milk until well combined. Store in the freezer until ready to serve. Before serving, wet rims of glasses and dip into cinnamon sugar to coat edge. Pour punch into glasses. Garnish with cinnamon sticks. Makes approximately 15 – 20.

This cool, cucumber liquor-laced libation is especially classy served in sterling. Melanie dubbed the drink for her Louisiana friend, Remi, who enjoys them.