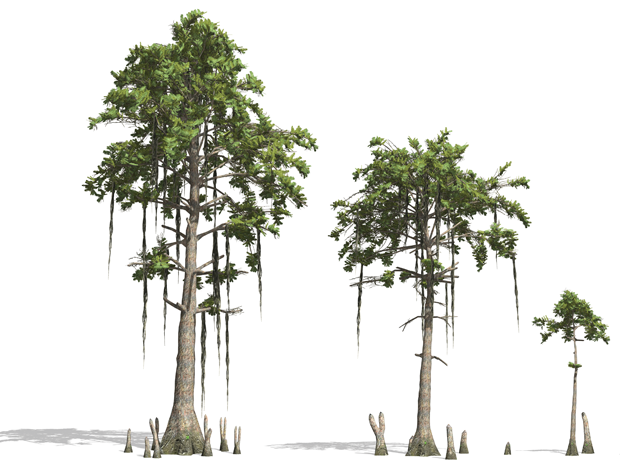 Without even knowing its history, there is something prehistoric about a cypress tree, its stretched gray skin rising out of the water like the foot of some ancient elephant. Perhaps the greatest trait of a cypress swamp is its inaccessibility, a characteristic that allows a swamp-wanderer to think, “How many thousands of years has this view remained the same?”

Like the fish that have settled among the tree’s woody knees, so have we placed ourselves in the land of the cypress. Up in the Delta lives a cypress tree nearly as old as our country, and 10 miles offshore is a forest older than our coastline. For being so old, however, there’s still plenty of mystery surrounding the bald cypress.

THE TREE’S KNEES
The greatest mystery of the bald cypress anatomy centers around its knobby wooden knees. It was once believed that the pointed stumps protruding above its root system helped the tree access oxygen, but there is little evidence to support this theory. Others think the knees give the tree some much-needed stability in soggy swamps, but the official answer is that researchers still aren’t sure what purpose they serve. Cue the creepy swamp music …

BIG, FRIENDLY GIANTS
Bald cypress trees don’t live life in the fast lane, but they make up for their slow growth rates by living very long lives. The result? Cypresses  that are very tall and very old. The tallest specimen known is 145 feet tall while the oldest is more than 1, 620 years young. If all this sounds familiar, it should: The bald cypress is in the same family as the redwood.

TOUPEE ALERT
The bald cypress tree (Taxodium distichum) is the trademark tree of Southern swamps. The species is native to humid climates that get a lot of rain, and they usually grow along rich, silty rivers. Unlike most trees in the family Cupressaceae, the bald cypress is a deciduous conifer, meaning that it loses its foliage in the winter months — in case you were wondering about the whole “bald” thing.

A ROT TO THINK ABOUT
Not surprisingly, the wood of a bald cypress is known for its water resistance and is often used accordingly (e.g. housing shingles). Cypress wood is also known as “wood eternal” because of its imperviousness to rot; even prehistoric samples of cypress have occasionally been deemed usable!

The Land of the Cypress

Mobile’s Knights of Old: Harry Maury and the Baron 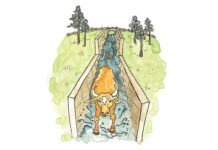 The Odd History of Cattle Dipping 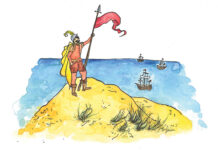 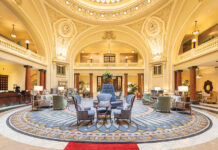