In Alabama, like most of North America, January isn’t a particularly fruitful time of year. The landscape is mostly bare, and farmers’ markets are boarded up for the winter. Spring is still a distant future, and we rely on produce grown thousands of miles away to get us through the cold weather. But all of that could change as hydroponic greenhouses become more prevalent. Tomatoes, lettuce, herbs, peppers and other produce can be grown hydroponically — meaning there is no dirt involved — in climate-controlled greenhouses all year long, even in the coldest temperatures.

“We’re not dependent on the weather or the seasons, ” says Margaret Anders, who grows several varieties of Bibb lettuce in a greenhouse on Highway 181 in Daphne with her husband, Charles.

Agriculture is a brand new venture for the Anders. They started Trinity Hydroponics last January and harvested their first crop of lettuce this past summer. Both have other careers — Margaret is in marketing and Charles owns a maritime security company — but they wanted a side business as well as something to do after retirement.

Margaret says having little experience with agriculture was actually an advantage for them because the methods for hydroponics are so different from traditional farming. “You don’t have to unlearn the old way of doing anything, ” she says. “It’s all new.”

James Miles, regional extension agent with the Alabama Cooperative Extension System, says greenhouses, like any other agricultural venture, pose challenges, particularly the costs of cooling and heating them during extreme temperatures. “It’s not as simple as it may sound to the consumer, ” Miles says. “In the winter months, the heating bill is going to be significant for some of these crops. There’s an art to it, but there’s also a lot of science to it as well.” 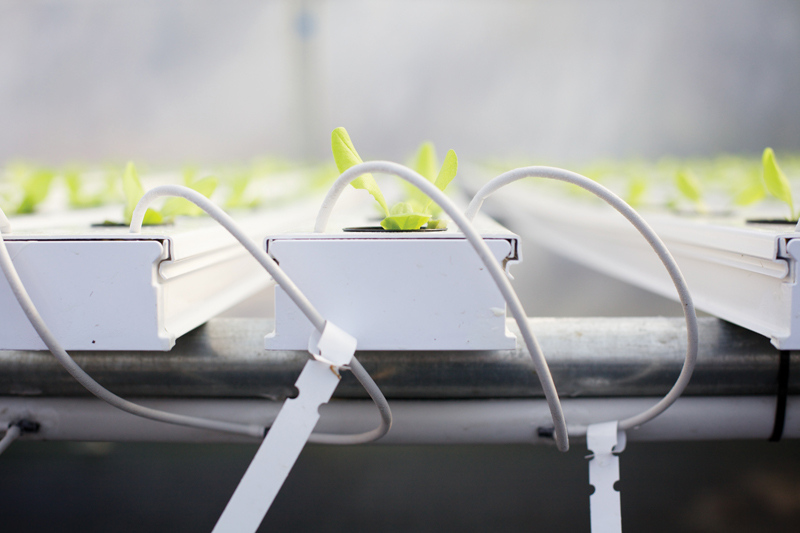 Hydroponic greenhouses use 10 percent of the water a traditional farm needs, Charles says. Seeds are placed in a non-dirt medium called rock wool, and they grow in tight rows in long white trays that have a stream of water flowing along the bottom. The water, infused with nitrogen, phosphorus and potassium, is constantly moving through a closed cycle. The plants absorb the nutrients, and the water flows back to a tank, where it is replenished, much like blood flowing through the body, always heading back to the lungs to obtain more oxygen.

Although the Anders’ hydroponic plants are not organically grown, Charles says most of the chemicals used in conventional farming are avoided in hydroponic greenhouses. “You’re not having to introduce fertilizer, and we’re growing it in an environment where there are not a lot of bugs and pesticides, ” he says. Miles says much of the reduced chemical input is a result of water only coming in contact with the roots of the plant. In conventional agriculture, the tops of the plants get wet, often causing an array of fungal diseases that require fungicides. Pests are also preventable in greenhouses. 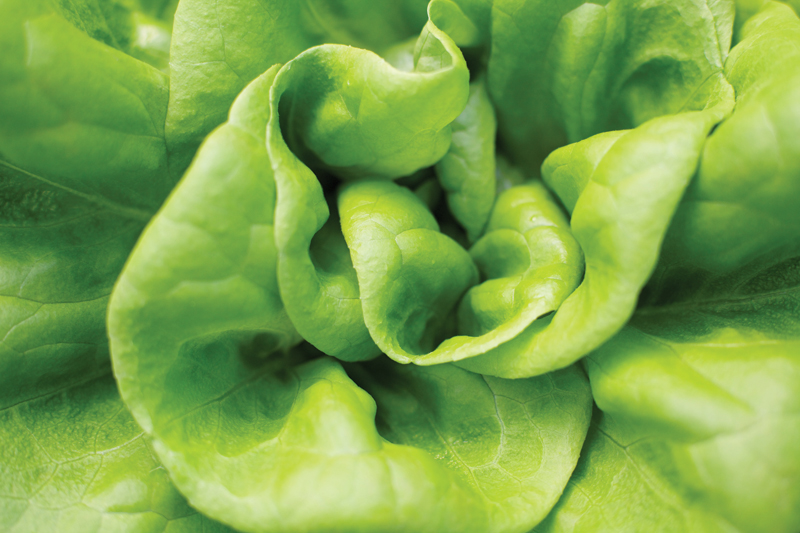 Crops for All Seasons

Once the heads reach maturity, the lettuce is sold through a distributor that has contracts with the Grand Hotel, cruise ships, casinos and grocery stores along the Gulf Coast. Mike’s Smokehouse, located next door to the greenhouse, also uses the Anders’ yield for its salad bar. Greenhouse growers make their best profits during the winter months.

Charles says he and Margaret don’t sell lettuce directly to many local restaurants and farmers markets because they don’t want to compete with Mobile Arc, a local organization that employs people with special needs. In 2009, Mobile Arc started growing lettuce hydroponically in a greenhouse in Irvington. Their lettuce can be found all over Mobile and Baldwin counties, mostly at restaurants. But Charles and Margaret also grow basil, chives, Swiss chard and microgreens, which they say they will eventually sell directly to local farmers markets and restaurants.

The Anders are optimistic about the future of their business. As they become more experienced and have several successful seasons, Charles says he’d like to expand and build more greenhouses. “It is time consuming if you’re going to do it right, ” he says. “We’ve always been willing to take risks, and we know this has all the markings of being a successful operation. It’s not going to make a million dollars overnight, but it’s just something we can enjoy that can enhance our income.” MB