The corridor leading to the main exhibition hall at the Mobile Museum of Art smells of fresh paint. The hue of its walls, a burnt reddish orange, was carefully selected. “It was actually pretty difficult, ” museum director Deborah Velders says about finding the perfect color to represent Alabama soil. “You could either go too far red or too far brown.”

Somewhere, William Christenberry is cracking a smile. The Alabama-born artist, whose life and work are the focus of the museum’s newest exhibit running from March 10 to June 4, was known to collect the distinctive dirt of his native state and, at times, even display it with his art. For a man who drew so much artistic inspiration from Alabama soil, a man whose ancestors worked that very land, the bleeding hallway is a fitting introduction to the gallery showcasing his life’s work.

Christenberry, arguably the most prominent artist in Alabama’s history, didn’t dwell on the technical aspects of his craft. His earliest photographs were taken with a simple Kodak Brownie camera gifted from his parents when he was a boy and developed at drugstores. But Christenberry somehow managed to squeeze pieces of his soul into those modest 3-by-5-inch snapshots of Hale County, Alabama. Perhaps Walker Evans, a celebrated 20th century photographer, put it best when he told Christenberry, “Young man, you know exactly where to stand with that little camera.”

When the Alabama State Council on the Arts asked museums across the state to consider installing exhibits in honor of Alabama’s upcoming bicentennial, Velders didn’t have to search far. “It was really a no-brainer, ” Velders says. “Growing up, Christenberry was the only artist I had ever heard of from Alabama.”

Of course, when that idea was formulated a year and a half ago, no one anticipated Christenberry’s death, which came just four months ago as a result of complications with Alzheimer’s disease. He was 80 years old.

“Bill was really a wonderful man, ” his wife, Sandy, says during a phone call. “He was very intelligent, very gentle, courtly and kind.”

Born in Tuscaloosa in 1936, Christenberry’s first love was painting, but as a 24-year-old, he came across the now classic book “Let Us Now Praise Famous Men.” Written by James Agee and photographed by Walker Evans (who Christenberry would later befriend), the work captured the downtrodden lives of Alabama sharecroppers during the Depression. The images, stark and familiar, struck Christenberry; his grandparents knew many of the farmers photographed. The book would shape his artistic mission.

Over the next 56 years, Christenberry developed a career that, as the Washington Post eulogized, distinguished him as “one of the most respected and influential artists of the modern South.” He’s perhaps best known for his photography — honest, straightforward snapshots of kudzu-smothered, rusted-out Alabama, dripping in vivid Kodachrome. And get this: Christenberry is credited with helping to legitimize color photography as an art form.

Although he made his home as an adult in Washington D.C., where he taught painting and drawing at the Corcoran School of the Arts and Design, Christenberry routinely returned to photograph the same buildings in Hale County, capturing the slow crawl of time itself. “It’s a love affair, ” he described in a 2005 interview. “A lifetime of involvement with a place. The place is my muse.”

When it comes to organizing an art exhibit, Velders has a theory. “My whole career, I’ve noticed, the work tells you how it should be presented, ” she says. “Every exhibit is telling a story. This is a story about collecting.” For that reason, the museum has decided to group Christenberry’s artwork according to the Alabama institutions from which they were borrowed. In doing so, Velders hopes to tell the story of a mutual admiration: Christenberry’s love of Alabama and the state’s reciprocal affection, evidenced by the extensive Christenberry collections stretching across the Heart of Dixie.

Another story the exhibit longs to tell is that of Christenberry’s family and the creative environment in which he was raised. The artistic endeavors of his grandparents, parents, children and even grandchildren are staged in a sort of prologue to the main exhibit. His wife, Sandy, and their three children have played an indispensable role in the gallery’s planning and execution and will be present at the opening on March 10. What would her husband have thought about it all? “He would have been thrilled, ” Sandy says. “Not so much for himself but because his family members have things in the exhibit as well. That would have tickled him.”

“Christenberry did so much for the state of Alabama, ” Velders says. “And who knows? This exhibit just might convince a kid that they too could grab a camera and start taking pictures. It will be an important show for Mobile.” 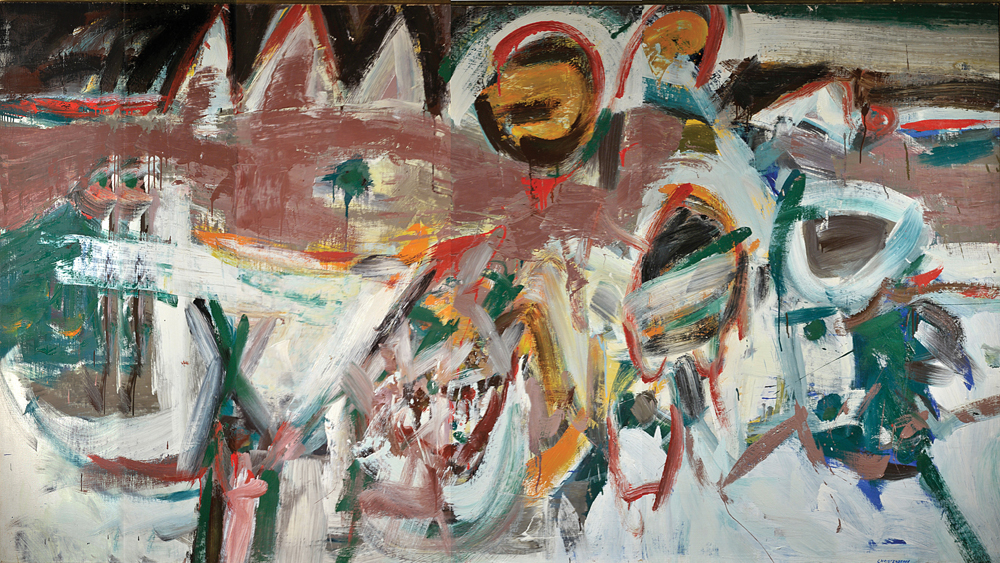 ABOVE William Christenberry, Moundville, 1959, Oil on canvas, courtesy of the University of Alabama Sarah Moody Gallery of Art, P1981.33. 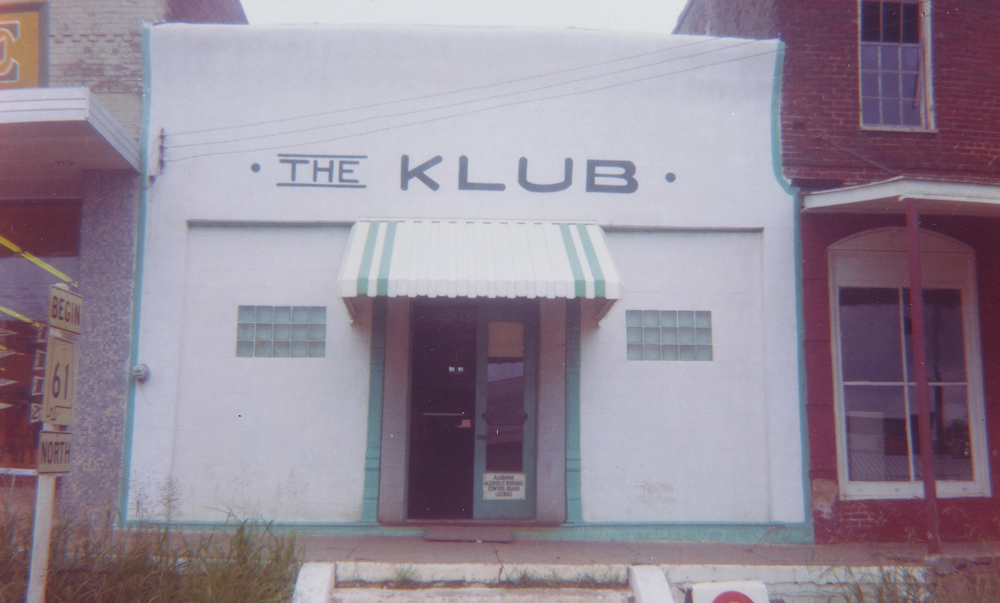 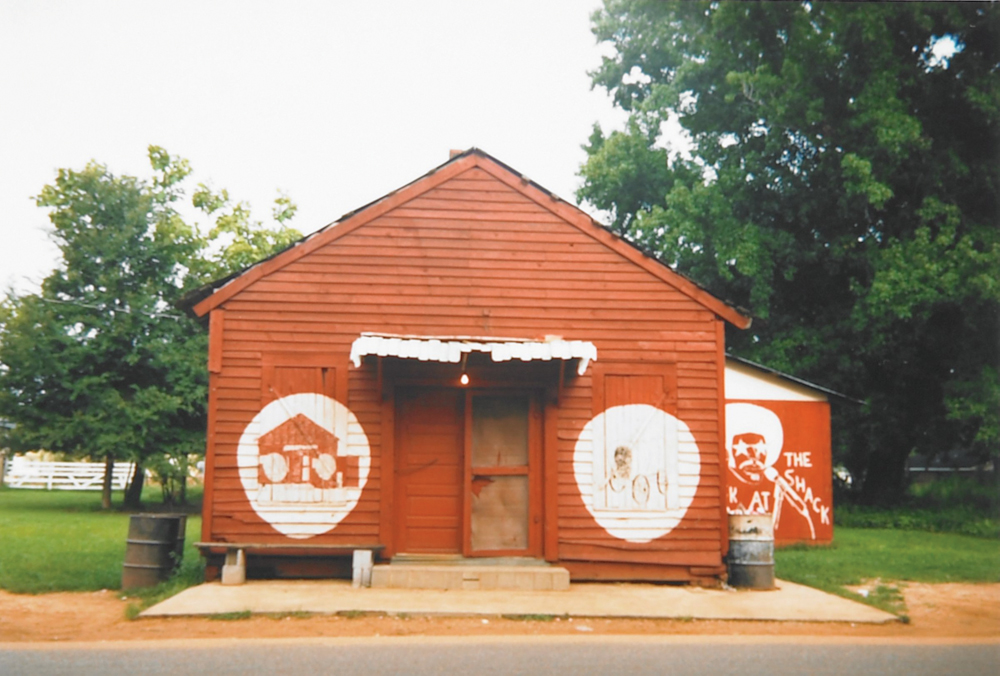 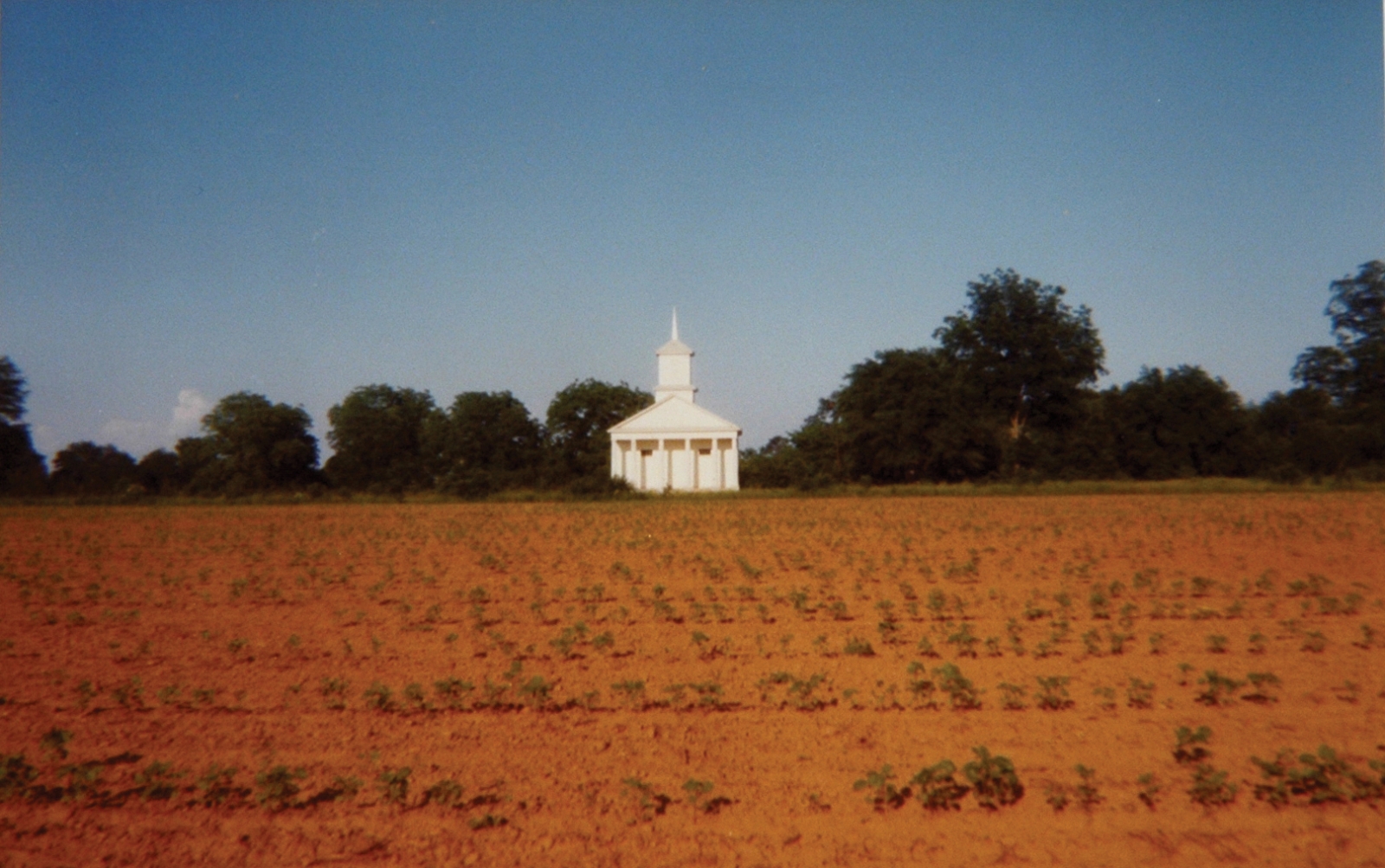