In the words of Foley city administrator Michael Thompson, “Folks don’t know whether they’ve left Foley and gone into Orange Beach or left Orange Beach and gone into Gulf Shores. They just go to the beach.” For most, the city of Foley conjures memories of antique malls, chain restaurants and shopping centers en route to or from a beach vacation. The tiny town at the intersection of State Route 59 and U.S. 98 hardly stands out as a destination of its own upon first glance, but a closer look lifts the veil to reveal a hub of economic development in the center of south Baldwin County.

Established by Chicago native John Burton Foley in 1915, the city of Foley had humble beginnings as farmland delivering produce via railroad to hungry consumers in northern parts of the country. Baldwin County was prized for its fruitful harvests, and Foley is still fondly remembered for its railway history. The contributions that early residents made on the overall footprint of Baldwin County make historical preservation a priority for the city. Instead of living in the past, however, the “Forward City” continually strives for an economically prosperous tomorrow.

“Longtime Foley residents are very proud of their history, and they want to maintain that history, ” says Thompson. “But they also recognize what economic vitality does for a community and the opportunities that it creates for themselves and their children.” 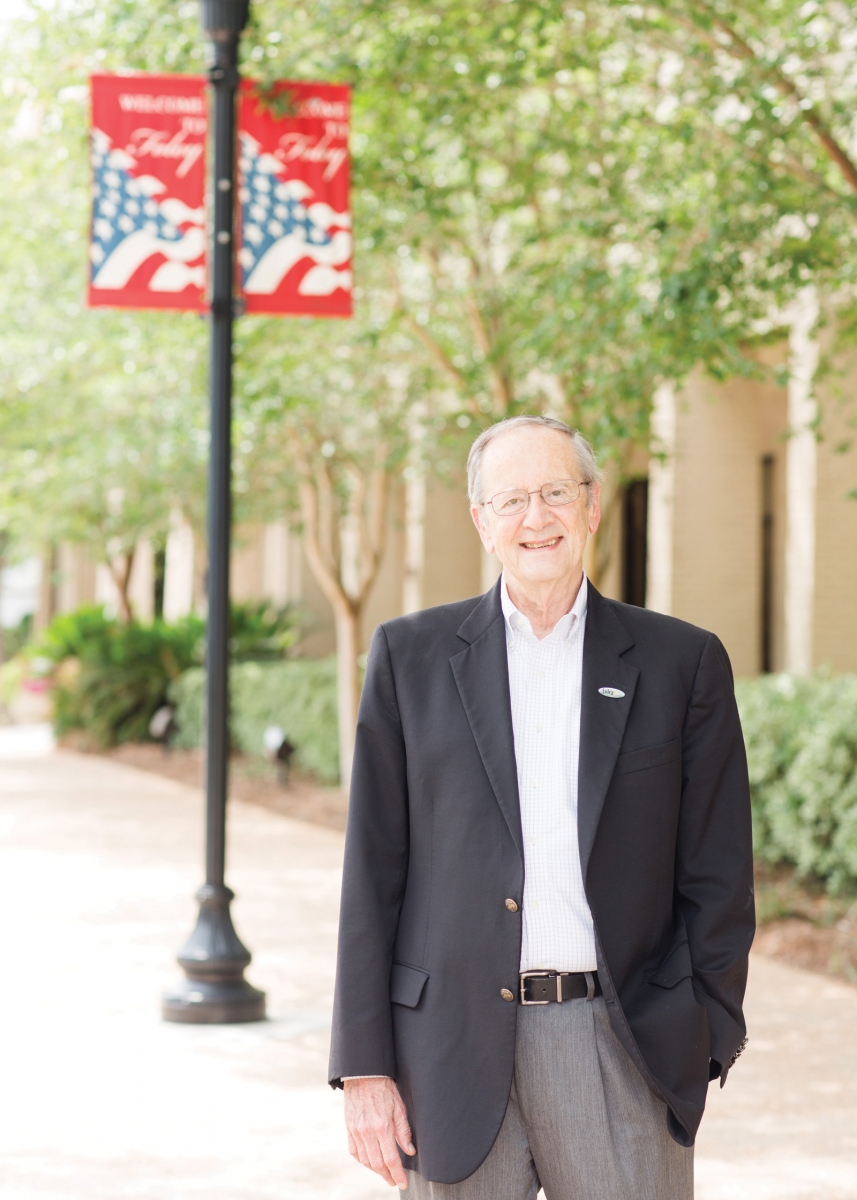 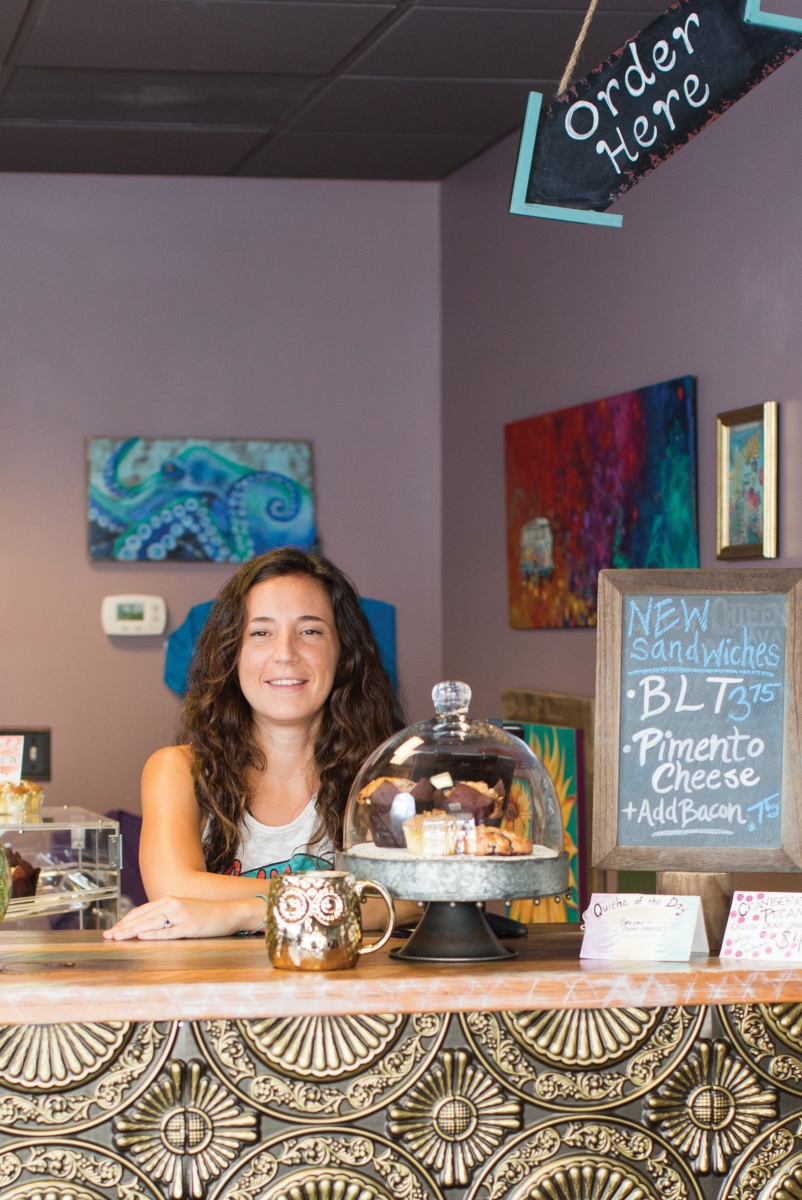 The community’s economic viability stems from its natural agricultural resources, prosperous downtown scene and geographic location — close enough to the beach but independent enough that a trip isn’t required. Parks, nature preserves, museums, locally owned shops and restaurants bring vibrancy to the landscape of the town, but none of it would happen without the residents and commuters that set the scene.

And people they certainly have. Like the surrounding communities in Baldwin County, Foley is growing at a faster rate than ever before. The once-modest 4, 000-resident population of the ’80s sits at nearly 18, 000 residents currently. Growth is expected to be over 20, 000, according to estimates, by 2020. “For several years now, it seems that every day we have guests who come in and tell us that they have visited here for years and now they are moving here, ” says LaDonna Hinesley, manager of the Foley Welcome Center. “People tell us that the reason they like Foley is that the people are friendly, the city is laid-back and there are so many things to do.”

The reasonable cost of living and family-friendly atmosphere are also selling points. To accommodate the growing population, more than 600 single-family and 600 multi-family housing units are in development, and a second elementary school recently broke ground. With an enrollment of 1, 500 children, Foley Elementary is currently the largest public elementary school in the state.

These influxes of new residents bring fresh ideas for the burgeoning destination town. Locally owned businesses find their niches tucked into the quaint streets of downtown Foley, which are being considered for the Main Street Alabama revitalization that begins later this summer. Local ownership draws attention away from the chain restaurants and department stores of old, and fosters community advancement to make the local environment prosperous.

“The good thing about local, ” says Alescia Forland, manager of the Coastal Alabama Farmers and Fishermens Market and Forland Family Market, “is that money is staying right there in your community. It’s not going off to a big corporation. You’re helping small people in your small town.” 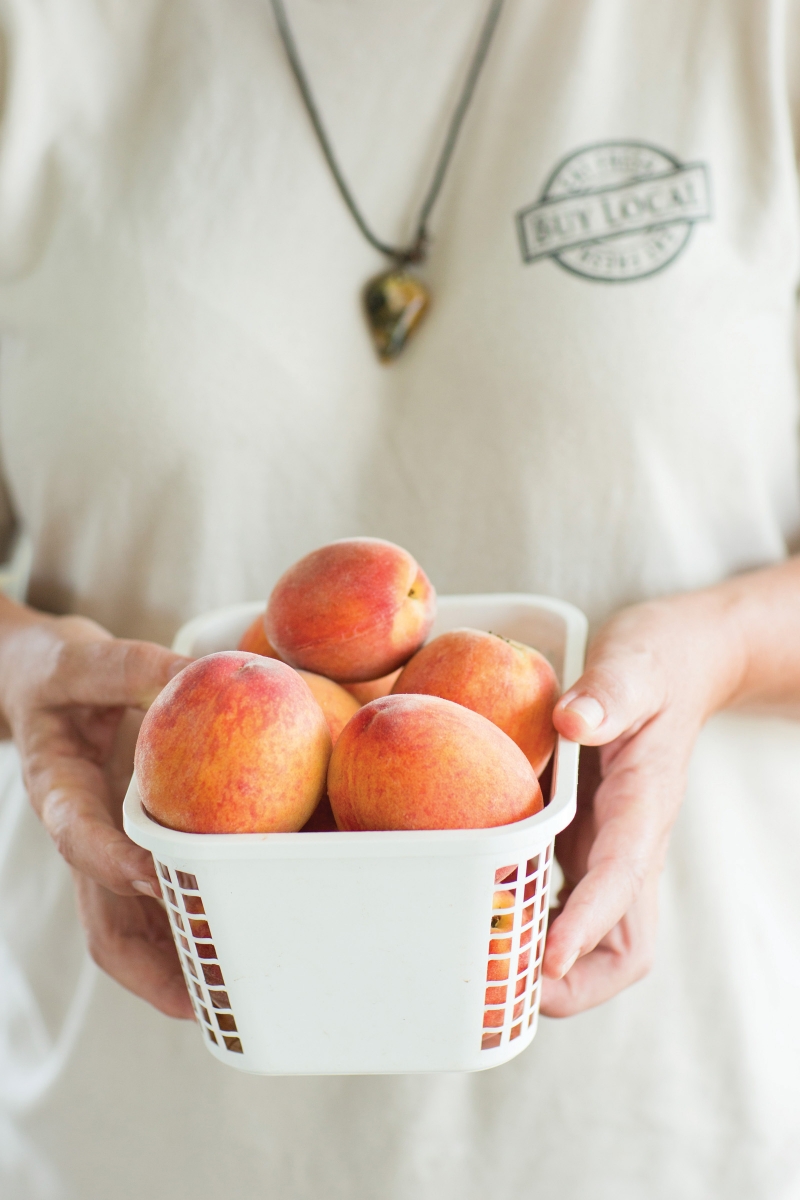 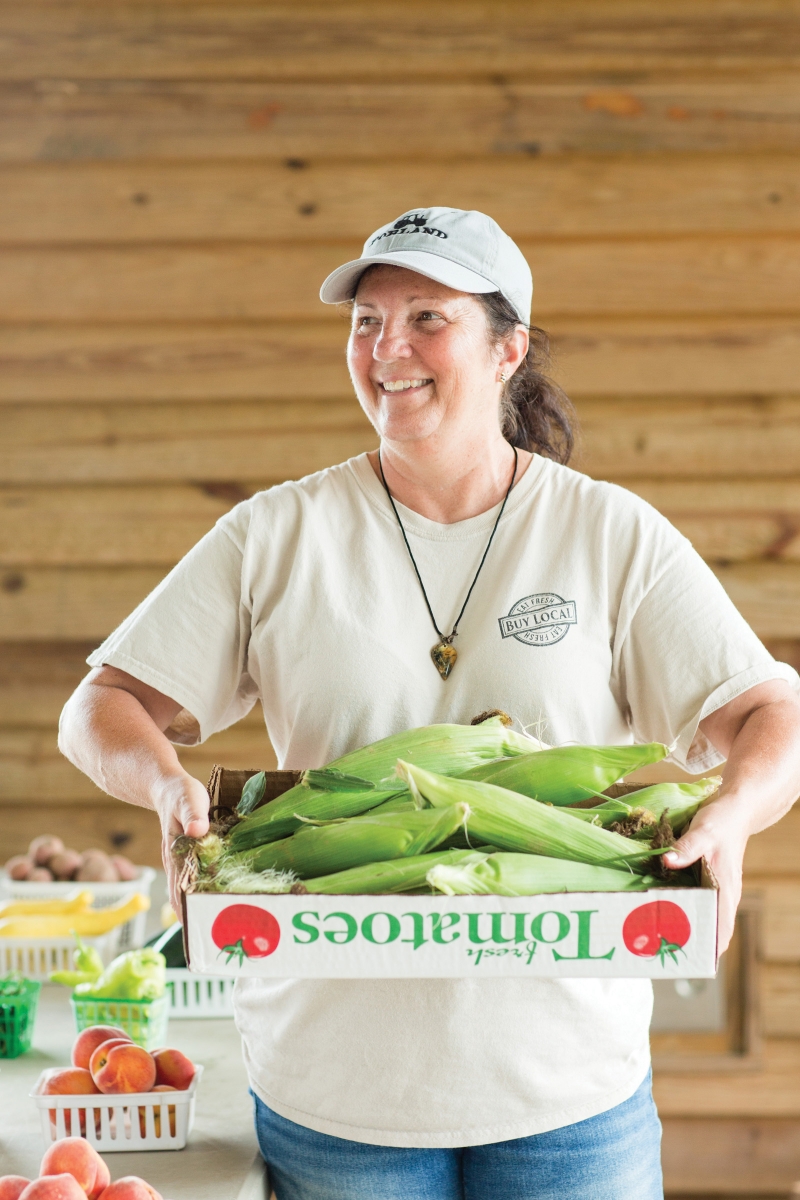 The market is one of innumerable examples of initiatives that circulate income directly back into the area. With a $500, 000 grant from BP after the 2010 Deepwater Horizon oil spill, growers and makers started the market as a place for locals to support other locals. This support and income filters back into the community, which circulates it in a seemingly never-ending pattern. As each new and exciting local business joins its historic neighbors, the community rallies behind them to ensure all-around success.

Hordes of these business ventures bring in waves of tourists that benefit the entire south Baldwin community. OWA, with its walkable Downtown and thrilling amusement park, draws a summer crowd that is unmatched by any other attraction in the area. The Tanger Outlets still stand strong as a place to spend a rainy beach day, boasting designer stores such as Michael Kors, Kate Spade and Vera Bradley. The newly expanded Foley Sports Tourism Complex welcomes hundreds of sports teams and their families each year. Diamond sports like baseball and softball as well as soccer occupy the outdoor fields, while indoor sports like volleyball, basketball and gymnastics fill the interior of the new Foley Event Center. These families flood hotel rooms and bring visitors to Foley, the beaches and the entire surrounding Mobile and Baldwin area.

The city continues to inch ever forward, building on a history of expansion through creativity and community strengths.

“We want to maintain history but be creative about the future, too, ” says Koniar. “You either go forward or go backward -— you don’t stay the same.” 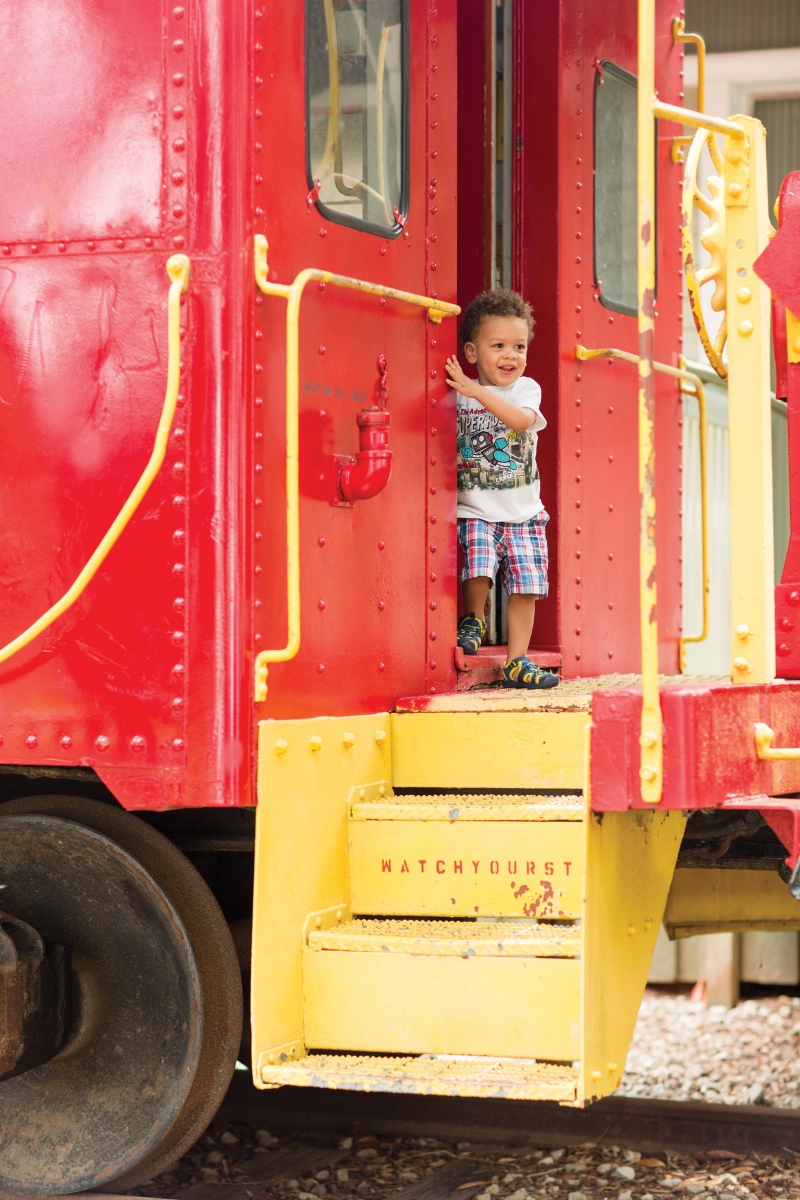 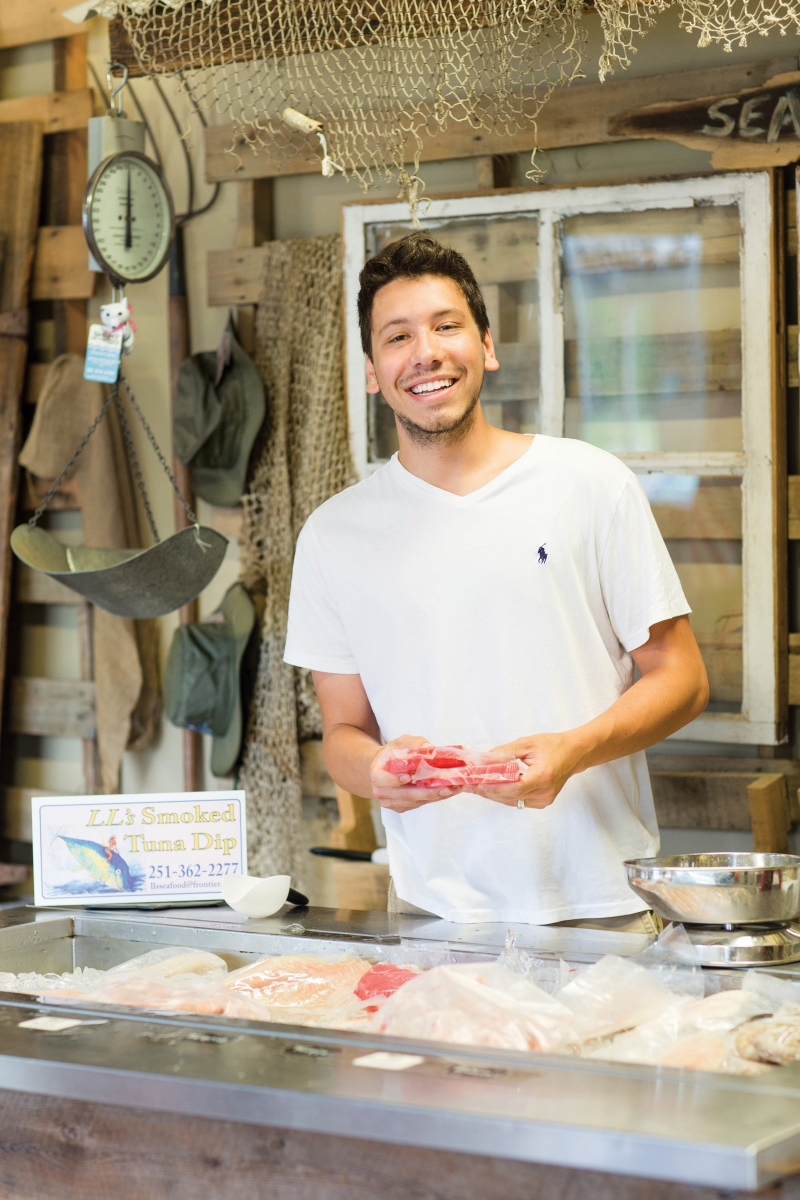 Foley Depot Museum & Model Train Exhibit
125 E Laurel Ave. 943-1818. Stop in on Tuesdays, Thursdays and Saturdays to see the model train exhibit or ride the little train around the park. 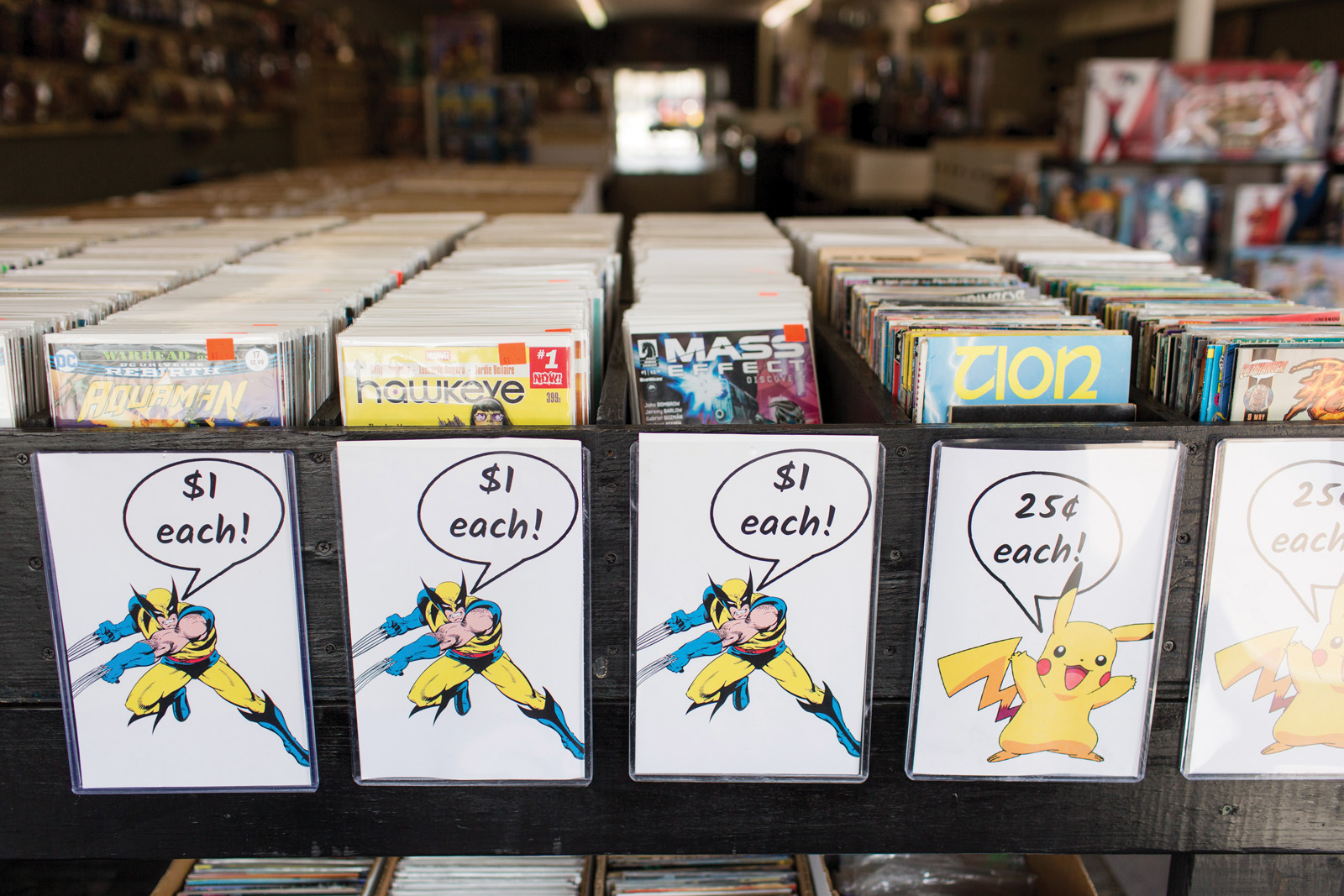 The Park at OWA and Downtown OWA
1501 South OWA Blvd. 923-2111. Stroll through the shops, play in the arcade and snack by the lake in Downtown OWA, then grab tickets for the rides in the Park for a full day of fun! 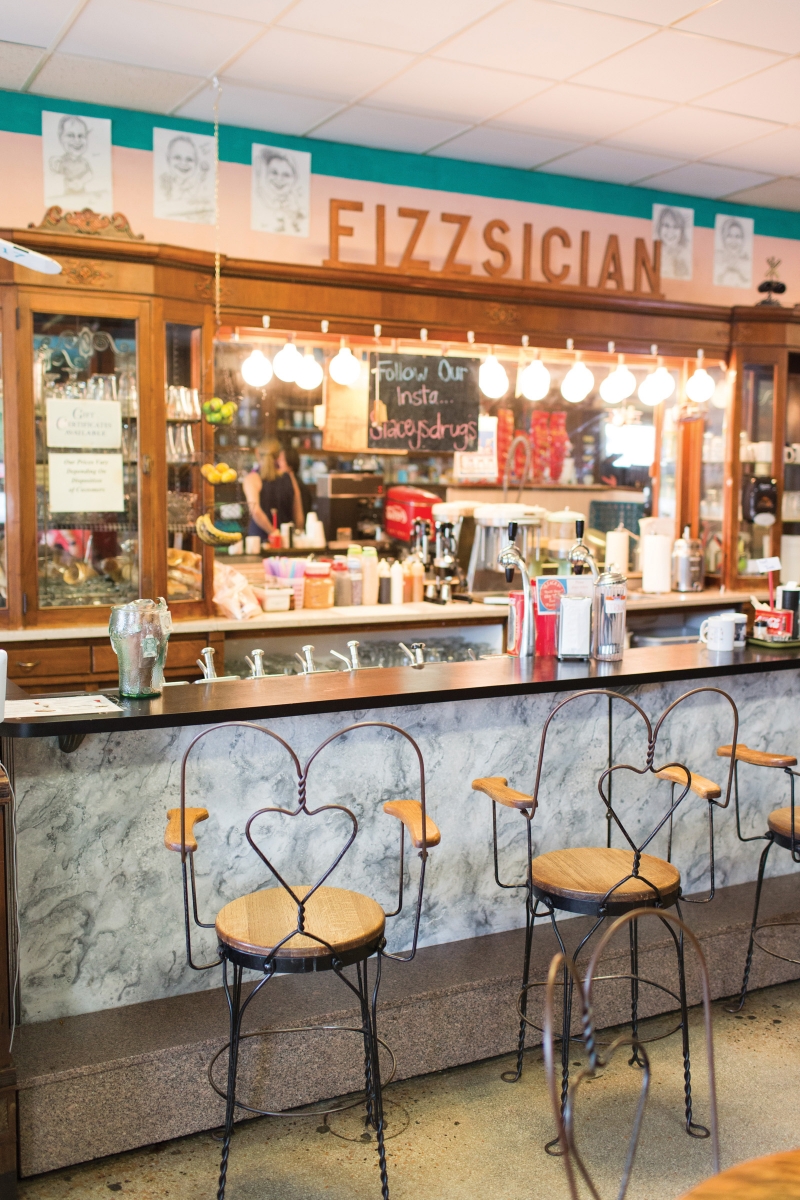 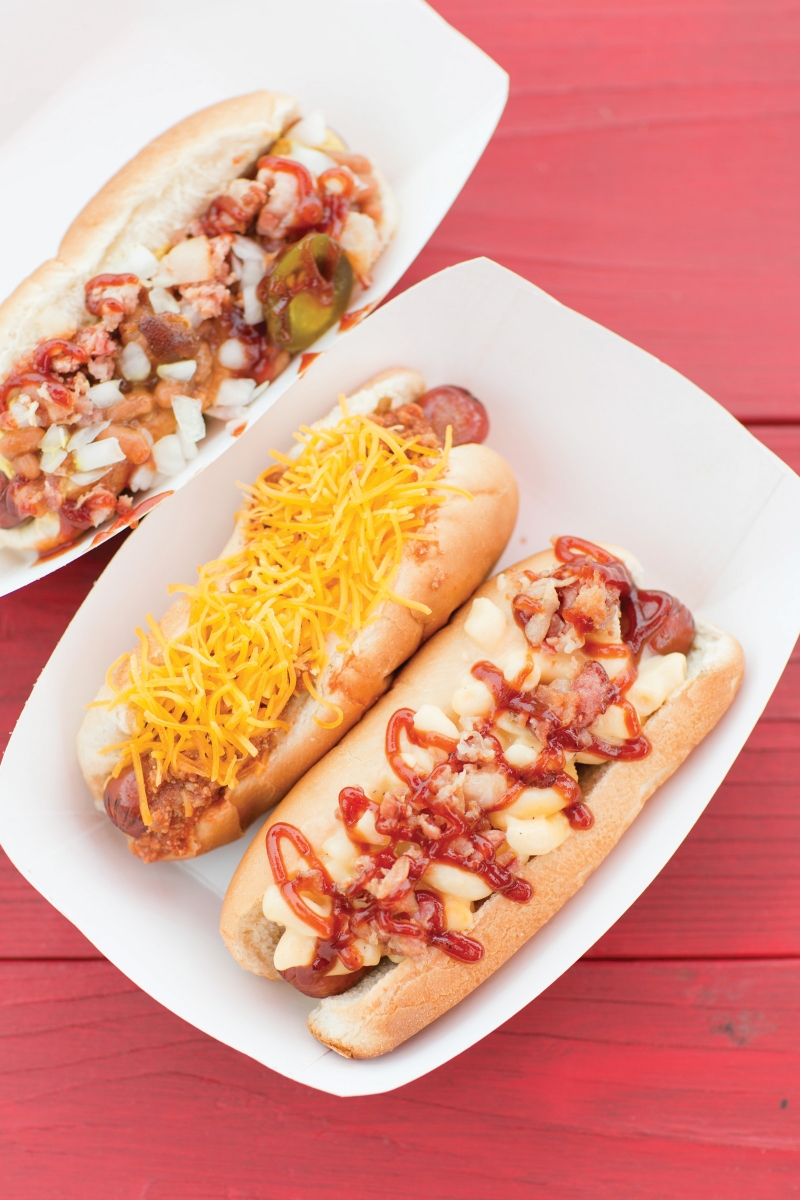 ABOVE Stacey’s Rexall Drugs and The Wacked Out Weiner 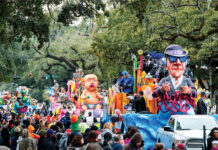