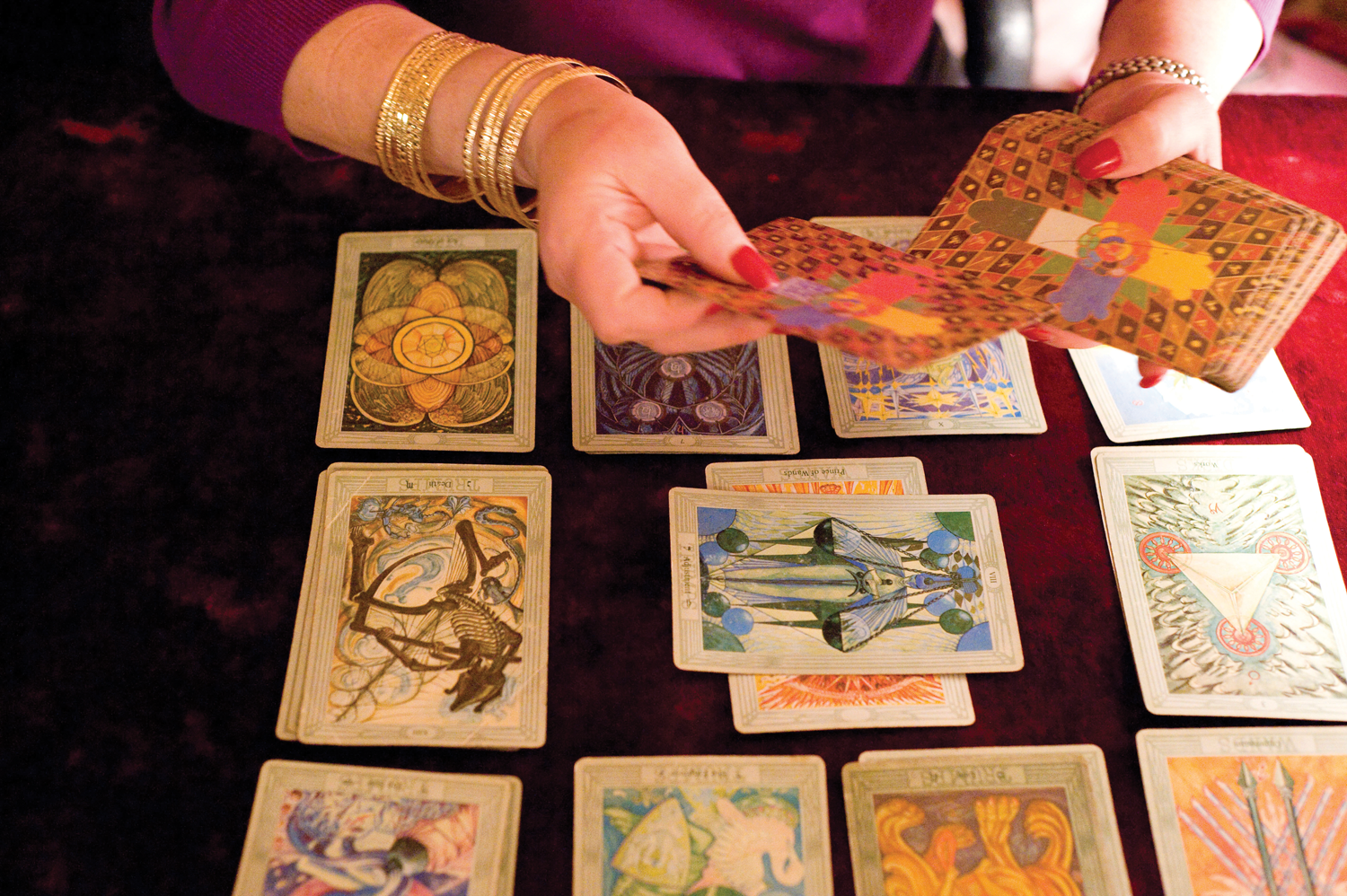 Years ago, I interviewed a psychic who was not a good psychic. We met, shook hands, and he asked, “How ya doing?” A good psychic wouldn’t have to ask.

I was skeptical back then, but fast-forward to today. I’ve been dispatched to meet Bethany, a professional tarot card reader based in Mobile who has clients around the world. My assignment? Seek answers about the future of Mobile for the coming year. What is in store? Who will make headlines? How many more Alexander Shunnarah billboards can be installed without blocking the sun? Deal the cards.

Admittedly, I expected a dimly lit room containing a mysterious gypsy with a Hungarian accent. I was happily incorrect.

But here is the difference: Bethany predicts her clients’ futures and, based on customer feedback, her accuracy rate is 94 percent. She correctly predicted Donald Trump would be president when no one else did, over a year before the election.

Born in New Orleans, her interest in predicting the future developed from what she describes as “a long line of intuitive women, ” including a Crescent City grandmother who could size you up within minutes.

Bethany moved to Mobile 11 years ago and opened her business, “Readings by Bethany, ” accessible by her website, readingsbybethany.com. Her online card reading service fees vary: five minutes for $20; 10 minutes for $40; 15 minutes for $60; and 20 minutes for $80. On average, she sees five or six clients daily — not physically, but through tarot cards and the internet. Truth-seekers from around the world interact with her through virtual chat rooms.

Today, Bethany’s client list will grow from five to nearly 195, 000 (the population of Mobile), and we want answers for 2018. “Of all the people you have worked with, who has had the strangest request?” I ask Bethany as we begin.

She smiles, answering, “You.”

The card interpreter typically works with individuals inquiring about love, relationships, money, health — all facets of life. This will be her first tarot card reading for an entire city. Get ready to shuffle.

As inspiration, I offered her a shoebox of Mobile artifacts: A toy replica of the USS Alabama, Jimmy Buffett’s “Volcano” album, a photograph of the beloved Peanut Man, a leaf from the grave of Joe Cain and a Jake Peavy bobblehead. Now deal me in.

Here is what I learned about the future of the Port City. 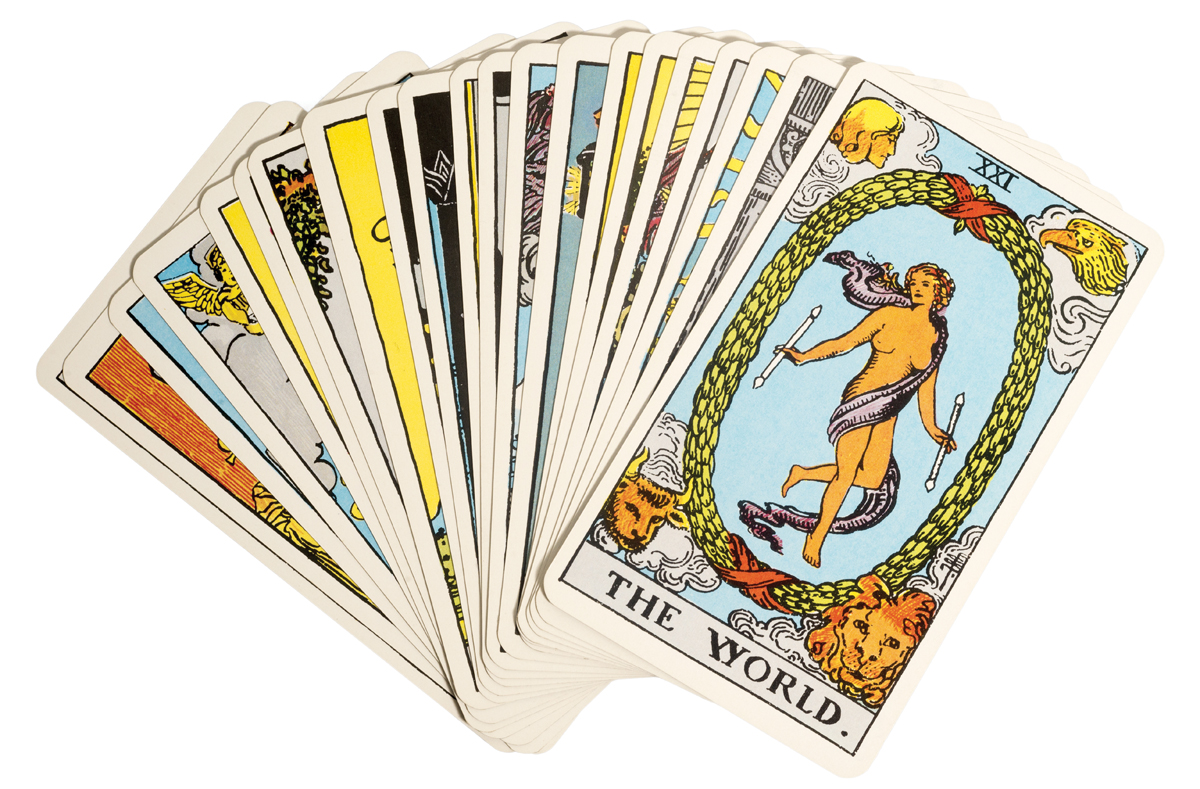 With the toy battleship on the table, Bethany shuffles the deck, and one card prominently sticks out. It displays pentacles, the symbol of money. “I see January through next June as great for Mobile’s tourism industry, tourism jobs and employment in general, ” she says. “However, there will be a drop-off of employment in the summertime, but it will pick back up.”

Another economic forecast: “It appears we will have a big company or industry move into Mobile that was hoped for but maybe never confirmed, ” she adds. “This business will bring jobs and opportunity. It will be a very good surprise.”

The cards show some political change for Mobile coming up in 2018. “Look for the city to go more moderate politically, ” Bethany predicts. “No particular government or party leader stands out, but someone new is on the horizon and not necessarily in politics.”

Next from the shoebox, I place a photograph of Mobile’s much beloved Peanut Man in front of Bethany. She shakes the deck, and out comes the Sun Card. “The Sun Card usually refers to younger people, ” she says. “And though the Peanut Man was older, he was also locally famous. The cards could be telling us that a Mobile-area child or teenager will see local stardom in 2018.”

Examining a Jimmy Buffett record provided by MB, she adds, “Whoever the new person is, I do not see an age. I see fame not necessarily in the entertainment field, but for anything — such as the Peanut Man was famous for selling peanuts.”

Next, I display a leaf taken from the gravesite of Mardi Gras icon Joe Cain. The leaf is discolored in spots, perhaps stained by the tears of a Merry Widow or stamped by the supernatural presence of Carnivals past — or maybe because, at six months old, that leaf was deader than Elvis.

A card falls from the deck picturing three women, laughing, celebrating and drinking. If that ain’t indicative of the Merry Widows, what is? “Mardi Gras will continue to be a great time in 2018, ” says the fortune-teller. “Based on what I see, in 2018, more people will participate in Mobile’s Mardi Gras activities. It will have a broader appeal to families as well.”

That’s the News, and now to Sports and Weather

As we stare at the tarot, Mobile’s professional baseball player Jake Peavy’s presence commands the room, personified by a bobblehead doll from his BayBears days. “The cards say a BayBears exit from Mobile will be eventually successful, but it will not be an easy transition, ” Bethany warns. “I see a strong emotional attachment and ties to Mobile.”

As for 2018 hurricanes, she predicts, “We will have a lot of ‘whew!’ moments and several near-misses but not significant impact from a direct hurricane hit.”

And in Other News…

“There will be big changes in the school system, perhaps forced legally, ” notes Bethany, while drawing the Justice Card from the deck. Other cards reveal Mobile’s airport will begin transitioning from Bates Field in West Mobile to Brookley Field downtown. “Plans will be revealed in late 2018. Initial construction starts late in the year, too.”

All things considered, the cards show a good year ahead for Mobile. “Our struggles will be few, ” Bethany proclaims. “The future looks relatively smooth.”

However, as a final question, I pose, “What about all of those Alexander Shunnarah signs and 2018?”

Happy New Year, Mobile. After all, it’s in the cards.