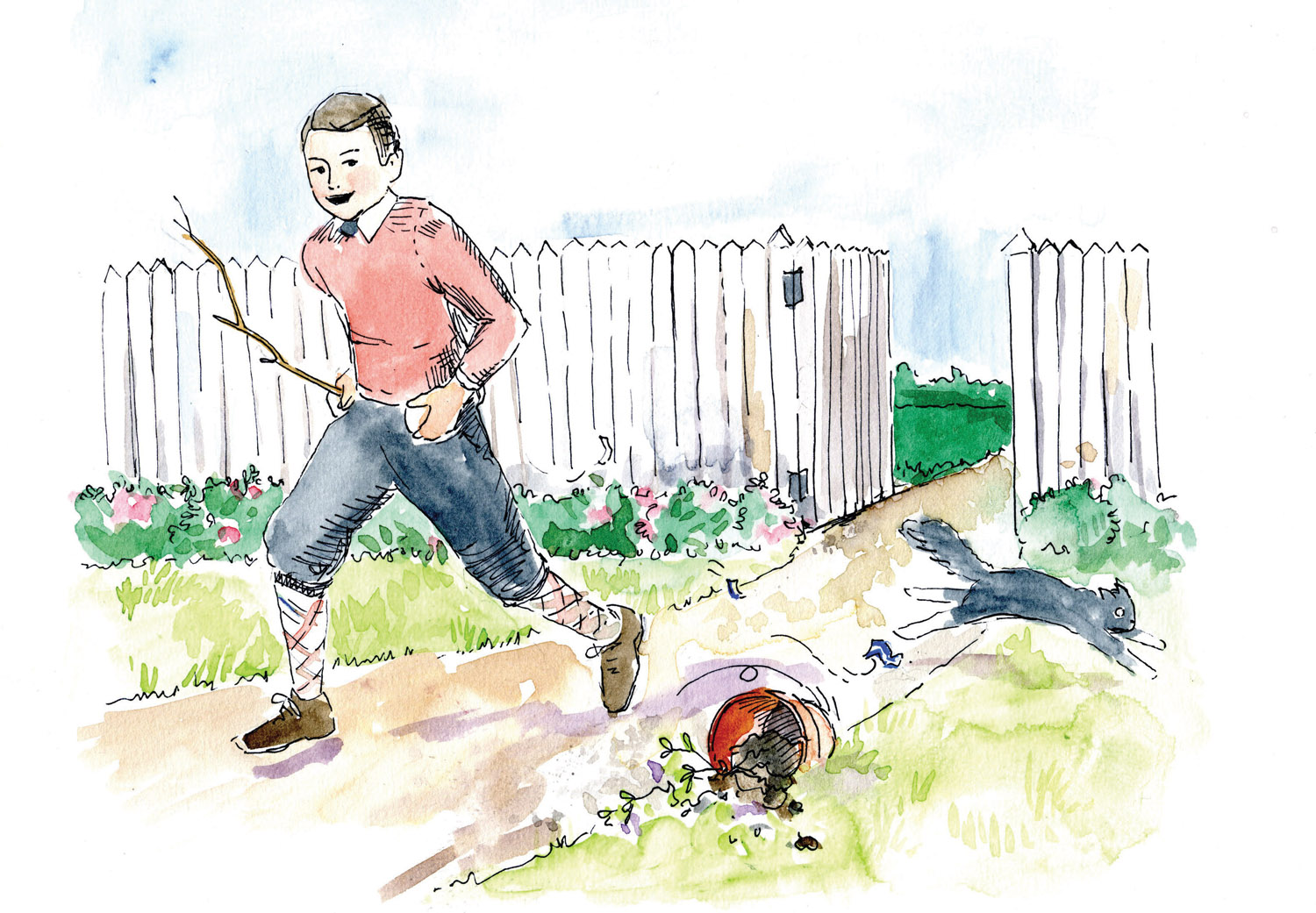 Born in 1865, Frances V. Beverly toiled away at her home on Government Street throughout the 1930s and ‘40s, writing what she hoped would become the almanac of Mobile. Unfortunately, it was not to be. Beverly died in Mobile in 1954, leaving behind piles of manuscripts hidden from the very audience whose lore and customs she so tirelessly documented for posterity — that is, until now. In this series, MB presents the Frances Beverly Papers.

Years ago [around the 1880s], everybody had their own backyard with a high fence around it and a lock on the gate, and this gate was locked every evening just as the sun went down. In the daytime it was very easily opened, for there was an iron latch which had a round hole cut just above it, large enough for the hand to get through to raise the latch. This ensured privacy, because all gates had a little bell fastened on them so that as soon as they were opened, the bell rang and gave notice that someone was coming.

It is to be regretted that it cannot be said that these backyards were kept nicely, for they were not. Trash accumulated, leaves collected just where the wind blew them. Stables and sheds were the repository of all manner of junk which should have found its way into the garbage wagon, but there were no such things as garbage wagons then. An ordinance was made which said that each householder should keep his premises in good order, and there the matter rested, for there was no one to see that it was done.

Here is a picture of the average backyard in those days: A pile of coal, perhaps a ton, was near the fence where it had been dumped over because the driver of the wagon was too lazy to open the gate and drive in and put it in the shed where it belonged. Beside it was a pile of wood cut into stove lengths. A broken chair or two decorated another corner, and a decrepit old stove shivered on its back legs in another. A hoe, rake and spade were just where the one who used them last had thrown them. There, in another spot, was a pile of broken bits of colored china and glass, a few toys and the remains of a child’s playhouse. Often, there would be a line of disconsolate-looking garments hanging from a clothesline, and some stringy dish towels suspended from the branches of a neglected shrub, most likely to be a Chinaberry bush. There was always a large pile of trash, waiting for somebody to produce an extra quarter to have it removed to the “dump” just outside of the city limits.

This is not a pretty picture, but with all of its neglected, sordid appearance, it seems just a little better than the privacy and enjoyment of the present-day [1930s] backyard, which is not your own backyard by any means. You can only lay claim to what small portion remains undestroyed when your neighbors’ children get through with it.

Nearly everyone spends an unlimited amount of strength and cash on beautifying their yards, and they should be encouraged, because it adds to the morale of a town to see lovely, well-kept homes, but this cannot be done unless the legislature steps in and limits the number of children allowed in a family. Such mass production prohibits proper rearing, and in order to prove to your own satisfaction that birth control is essential to well-kept backyards, just rent a house in a bungalow neighborhood, and you will be permanently convinced.

Most of the backyards in Mobile are very attractive, or at least they begin that way. But if your neighbor has a dog who insists upon making your pansy bed his repository for surplus bones, and the children next door race around your concrete walks and tumble off their bicycles and snap off the branches of your valuable azalea bushes and crush your narcissi beds to a pulp, it is rather discouraging. When they come up on your porch and carve their names on the arms of your new porch chairs and leave all of the fat from a ham sandwich on your clean steps and sticky chocolate and gumdrops on your cushions, it is more than the “good neighbor policy” has a right to expect. You feel murderous and wonder why there was such a hullabaloo when Herod wanted to dispose of all male children.

It has happened that very infrequently, a man or a woman would venture to reprove a child, or even to very politely ask a parent to mention to their offspring that it would be better not to completely mangle a garden so that it looked like a garbage dump, but it brought no results; in fact, it seemed to bring about a combine among the parents and children, which caused the complainant to find broken windows, smashed milk bottles, tacks in their tires and, in many instances, the loss of a favorite pet dog or cat. Clothes would mysteriously disappear from the line, and doorbells would ring at all hours of the day or night.