A directional marker stands at Fort Condé with arrows pointing to faraway places. Each arrow represents a Mobile sister city, encouraging global thinking and begging the question: How are we related? “Since the early ’70s, Mobile has established relationships to promote economic development, cultural exchanges and educational opportunities, ” says Mobile’s special events coordinator Ann Rambeau. “We are an outgrowth of Sister Cities International in Washington D.C.” We go there; they come here. In the words of Sister Sledge: “We are family, I got all my sisters with me.”

ARIEL, ISRAEL
An Israeli settlement founded in 1978, Ariel is one of Mobile’s smallest, youngest and feistiest siblings. Its name means “Lion of God, ” and rightly so. Ariel is small, about 20, 000 people, but lives among giants. “Oh little town of Bethlehem” is 28 miles away. Jerusalem, the Jordon River, and Joshua and Caleb’s tombs are nearby. So are Israel’s enemies. Ariel is no stranger to conflict, war, boundary disputes and battle, similar to Mobile’s experiences in the Civil War.

But the settlement, founded by 40 families on a barren hilltop, has friends with a city by the Bay. “The warm hospitality, sincere smiles and true desire to make life in Mobile as wonderful as it can be, reminds me of home here in Ariel, ” says Avi Zimmerman, executive director of Friends of Ariel. “Both towns are rich in history and big dreams.” 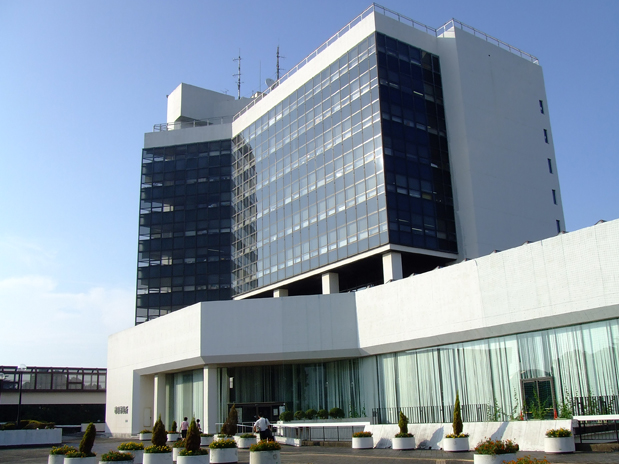 ICHIHARA, JAPAN
Every day in an Ichihara government building, similar to our city hall, hundreds walk by the unofficial “Shrine of Mobile, ” an exhibit with photos and souvenirs from our hometown. “We are their only sister city so they take the relationship very seriously, ” says 16-year-old Tyler Thull, a Davidson High senior and Azalea Trail Maid who just returned home from an exchange trip, during which she lived with two host families. (Tyler’s older sister, Delaney, went in 2012, and  in 2013, their family hosted a young Ichihara girl, Kurumi, here in Mobile.) This is the 20th year of the annual Mobile-Ichihara cultural exchange of students. Delaney, who was the first Azalea Trail Maid to serve in an international capacity says, “My official duties included meeting with the mayor, touring a factory, visiting a temple to learn about Zazen practices and talking with high school students.”

The places and people are more alike than one might expect. “We are both located on a bay, ” says Mark Ewald, of Mobile-Ichihara Sister City Association (MISCA). “Ichihara and Tokyo join Tokyo Bay.” Also like us, Ichihara is an industrialized port city. And both love Mardi Gras. “It is customary to bring small gifts when visiting Japanese homes, ” Ewald says. “Anything Carnival related is coveted.”

Delaney adds, “Families there enjoy fishing, but off of a large city pier, and they drive through a much, much longer underwater tunnel.”

KOSICE, SLOVAKIA
“It’s simply beautiful, ” recalls Mobile’s Dr. Turner Rogers, a retired art instructor with the University of South Alabama. “Kosice has fascinating museums and the best ice cream in the world. It is a town of fresh flowers lining the streets, similar to Fairhope.” The city, founded in the 14th century, is also a place where beauty lives with industry. With some of the lowest unemployment rates in Europe, Kosice is a large coal and steel producer. “The steel factories there remind me of AM/NS Calvert (formerly ThyssenKrupp), and industries in north Mobile County, ” Rogers says. “Kosice factories are very modern.”

HEZE, CHINA
Our current Chinese sister city, semi-active through the Mobile Area Chamber of Commerce, is Heze, China. What azaleas are to Mobile, peonies are to Heze. More than 30 percent of its national income derives from the sale of the flower. The ancient city in the Shandong province has another common denominator with Mobile: watermelons. They grow and sell them by the tons.

KATOWICE, POLAND
Sister city Katowice is also a major producer of steel and coal and has the second largest business district in Poland. That just scratches the surface. You should see what’s underneath. Jim Siewert has. “Katowice has an amazing salt mine miles below the earth, ” the Mobilian recalls from his visit. “It is huge. Centuries-old salt deposits stretch underground, some estimate the distance of Mobile to Montgomery.” Miners-turned-artists have created intricate underground cathedrals and statues carved from salt, a work indicative of people who defied the odds.

“Katowice residents are the nicest people, ” adds Siewert. Mobilian Richard Stimpson agrees, commenting about his visit’s impressions, “They have done so much with so little.” These people “just said no, ” to Nazism and communism. But both regimes left ugly marks. “My first impression of Katowice was it resembled a black-and-white photograph, ” Siewert says. “Buildings were covered with soot because communists aren’t concerned about pollution.” He said the city is much cleaner now, but heartbreaking memories of Hitler are close by: Katowice is 30 miles from Auschwitz. 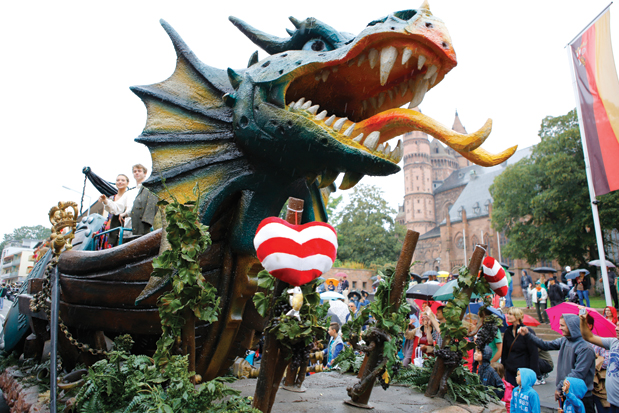 WORMS, GERMANY
While munching on sauerkraut and bratwurst at a January 1973 Port City dinner meeting, the Sister Cities Federation of Mobile welcomed the Worms, Germany, delegation. Through the decades, Worms and Mobile have hosted students, business executives and city leaders for academic exchanges, commerce meetings and feasts of succulent seafood.

The name “Worms” is of Celtic origin, meaning “settled in a watery area” – just as Mobile was. One reason Mobile and Worms twinned was to foster mutual port and dock use as both are strong in exporting and shipping. Worms also hosts festivals similar to Mardi Gras, such as Backfischfest, above, a parade-filled celebration that lasts nine days and nights.

Mobile-area college students have visited the German counterpart, exploring ancient churches, and reading centuries-old documents. According to newspaper accounts from January of 2000, visiting Mobilians clarified for Germans, there is no coastal town named “Florabama.” 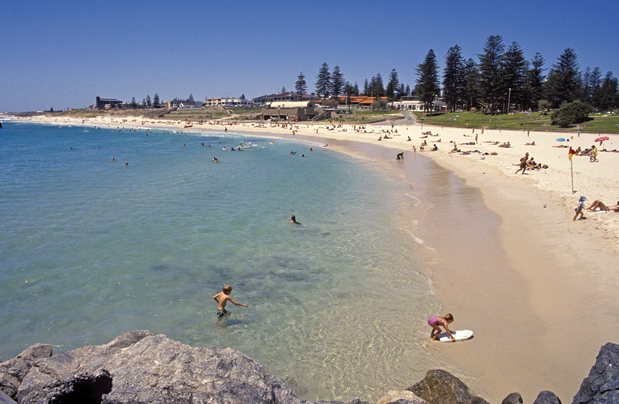 COCKBURN, AUSTRALIA
Many sister cities unite and then search for similar business interests. Cockburn and Mobile did the opposite. The down-under tie initiated after Austal USA opened in Mobile in 1999. The company’s home office is in Cockburn. Friendships between Mobilians and Aussies evolved when the two cities connected in September 2005. “When we think of Mobile, we think of shipbuilding, Mardi Gras, beautiful parks, sailing and the maritime industry, ” says Cassandra Cooper, with Cockburn’s sister city program. “You have great bars, good food and good company.”

And for two cities on different sides of the planet, it’s a small world. In 1827, Australia’s Capt. James Stirling led the establishment of the Swan River Colony, now the capital city of Perth. He explored the nearby area and named it Cockburn. Later, in 1812, he was active in naval engagements off Coastal Alabama. Therefore, “Capt. Stirling may well have been one of the first people to visit both Cockburn and Mobile, ” Cooper notes. 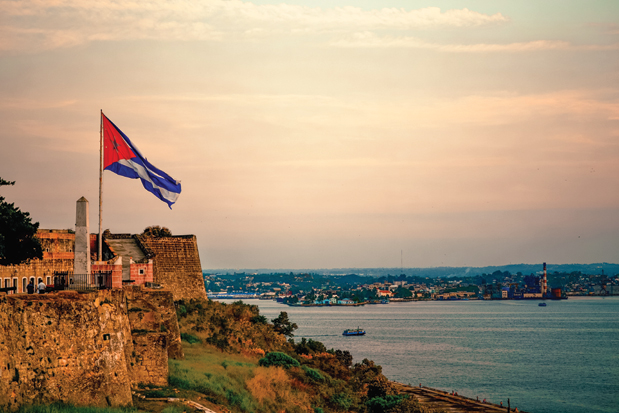 HAVANA, CUBA
Mobile and Havana go all the way back to the 1500s and 1600s when Spanish explorers Diego de Miruelo, Hernado de Soto, Tristan de Luna and Juan de Jordán tried to increase their country’s powers along the Gulf Coast. Mobile founder Pierre le Moyne d’Iberville is buried there. Before embargos, the two port cities traded cotton, timber, copper, sugar and tobacco. Many believe the fathers of Cuban baseball, brothers Nemesio and Ernesto Guillo and their friend Enrique Porto, developed a love for the sport while at Spring Hill College. Plus, they celebrate Carnival, which is basically a Latino Mardi Gras. While it’s difficult  to travel to Havana nowadays unless you are a student, have family members there, or are going for religious purposes, Mobilians can stay connected to this sister city through the Society Mobile-La Habana.

CONSTANTA, ROMANIA
Founded by the Greeks around 700 B.C., Constanta (Tomis to the Greeks) is Mobile’s oldest sister. The fourth largest port in Europe is surrounded by a rich history and mythos. According to legend, Jason landed here after discovering the Golden Fleece, and the famous Roman poet Ovid was banished here. Today, due to its proximity to the Black Sea, the city has become a cultural, industrial and touristic hot spot. 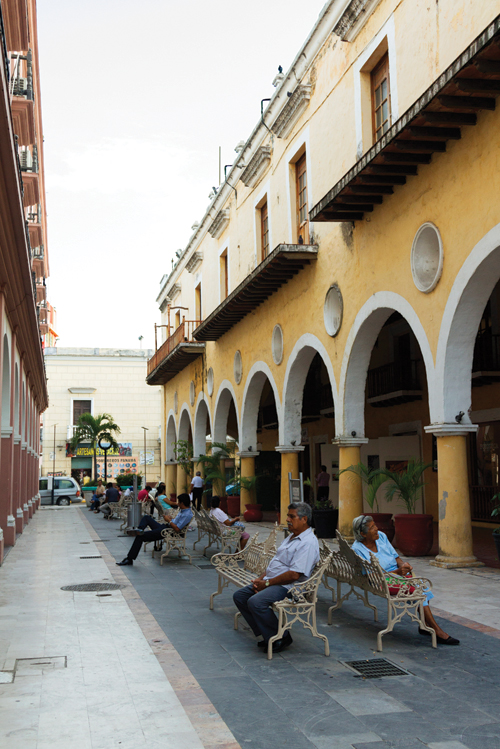 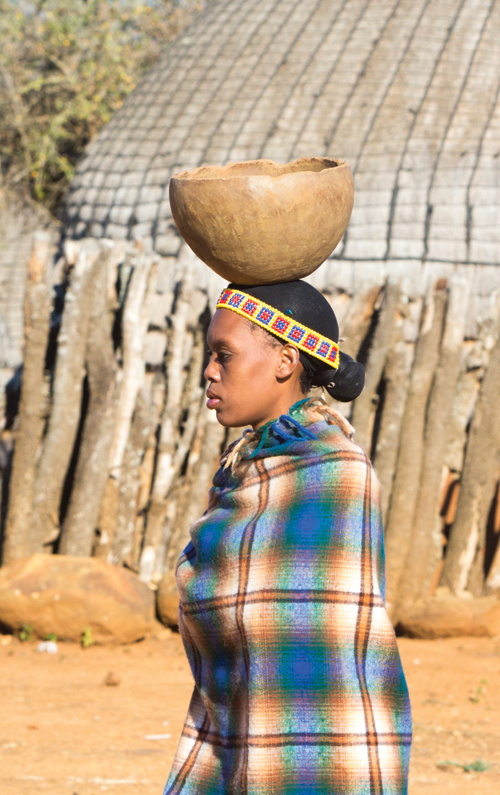 VERACRUZ, MEXICO
This sibling is the oldest and largest colonial port in Mexico. It was founded in 1519 by conquistador Hernán Cortés. Because it was founded on Good Friday, the city’s name means “true cross.” During the 16th century, it was known for its gold and silver, which attracted piracy from the British navy. Cultural influences range from Spanish to Afro-Cuban to indigenous Mexican tribes. Today, Veracruz is still a vital part of Mexico’s economy. It is responsible for 35 percent of the country’s water supply and has an abundance of copper, iron, calcium, marble and other natural resources.

ILEMBE, SOUTH AFRICA
iLembe is a district municipality in the KwaZulu-Natal Province. It has a population of more than 500, 000 people, most of whom are members of the Zulu culture. Formerly known as the King Shaka District, the area was named for one of the most powerful Zulu kings. The conqueror, known for his military might, reigned from 1816 – 1828. He is buried in the province’s seat, KwaDukuza. Situated between two of Africa’s busiest ports, Durban and Richards Bay, iLembe is prime real estate for industrial development.

BOLINAO, PHILLIPPINES
Known for its beach resorts, the Filipino municipality in the Pangasinan province is made up of 30 barangays, or districts. While most people in Bolinao generally understand and can speak English, they also either speak Tagalog, Ilocano or Bolinao. Rumor has it, the first Mass was held here back in 1324 by French missionaries and an Italian priest. 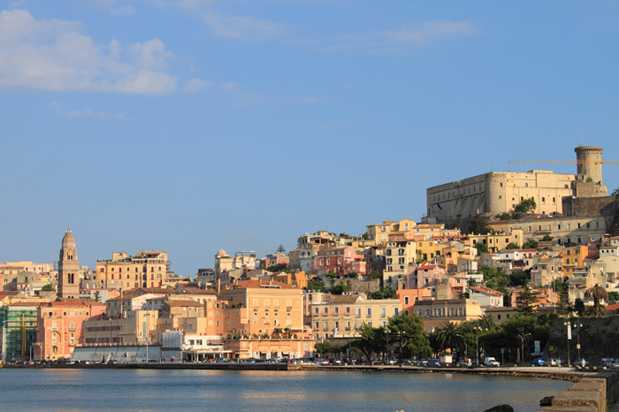 GAETA, ITALY
While we don’t claim Gaeta as a sibling, the “friendship” city is a quaint little fishing village with big resort appeal. Located in Lazio, 75 miles away from Rome, and 50 miles from Naples, it is known for its beaches, olives and ancient architecture. They are also famous for a folklore event, Gliu Sciuscio; each Dec. 31, bands of young Gaetani dress in traditional costumes and head to the streets, playing self-built instruments. Sounds vaguely similar to Mobile’s own Mardi Gras origins, right? 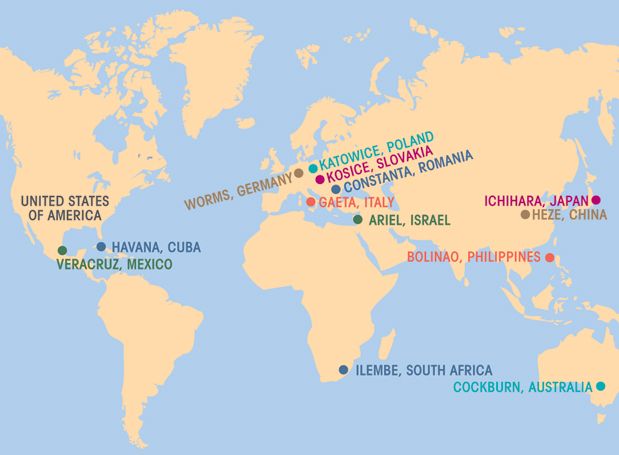 Sister Cities at a Glance

Every two years the World Leisure Organization (WLO) hosts the World Leisure Congress to discuss ways to promote leisure as a means of increasing development, human growth and well-being. This is the first year that the Congress is being held in the U.S., and it’s coming right here to Mobile! worldleisure2014.org

10 a.m. – 5 p.m. Get your “passport” stamped as you travel around from country to country, sampling cuisines and experiencing cultures of more than 70 nations. mobileinternationalfestival.org

The Amazing Life of Don Prosch

Rick Bragg and ‘The Speckled Beauty’

ABOUT US
Mobile Bay Magazine is the premier lifestyle magazine for Mobile and Baldwin counties since 1971. Each month, Mobile Bay covers topics such as food, homes, art, local history and events. Read More
Contact us: mobilebaymagazine@pmtpublishing.com
FOLLOW US
© 2021 PMT Publishing
X
X