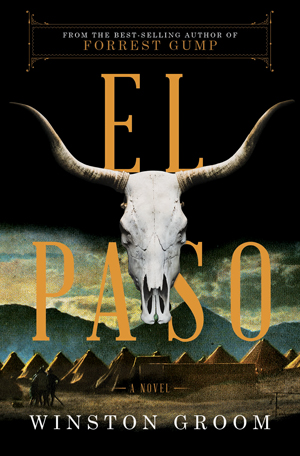 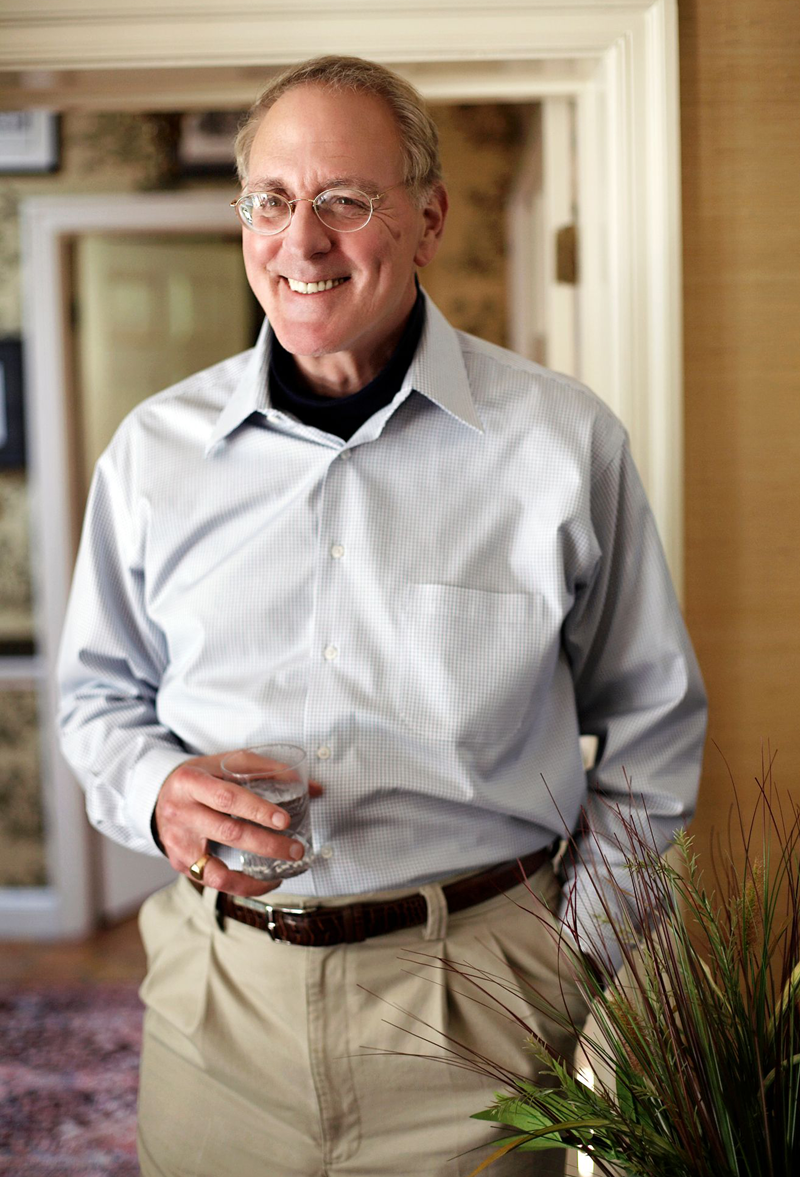 With his first novel in 18 years, author Winston Groom breaks away from his successful run of nonfiction to present a harrowing tale of cowboys, desperados and bullfighters in the Wild West.

Slated for release on October 4, “El Paso” is the story of John Shaughnessy, a fictional railroad baron and ranch operator, and his mission to rescue his captured grandchildren from the hands of Pancho Villa’s rebels.

Groom takes some time out of a recent visit to his mountain house in North Carolina to speak with MB about “El Paso, ” Joseph Stalin and the only way to watch Alabama football.

Although I was initially surprised to hear your new novel described as a “Western epic, ” I realized I shouldn’t be because your historical curiosity has ranged from the Civil War to America’s most famous aviators to the battles in Flanders during World War I. When did you develop a fascination with the Mexican Revolution?

A friend of mine — one of the New York Morgans — used to regale me with stories of his grandfather’s huge (million-acre) cattle ranch in northern Mexico. And he told the story of Pancho Villa, a self-style revolutionary general, coming on the ranch in 1916 to string up the ranch manager and have him sabered to death before kidnapping the manager’s children.

It proposed an interesting story in my mind, so I substituted the name of Col. John Shaughnessy for Morgan and had him (Shaughnessy, a Boston railroad baron) step into the picture because it was his grandchildren who were kidnapped. When the U.S. government will do nothing, Shaugh-nessy raises his own army from a cast of interesting cowboys in the saloons of El Paso.

The rest of the story is, basically, a manhunt through the mountains and canyons of the High Sierras where danger lurks at nearly every bend.

A number of interesting (historical) characters are swept along in the drama, including the journalist John Reed, who was later self-exiled from the United States to Russia for being a communist; Ambrose Bierce, a famous American writer of the day (“The Devil’s Dictionary”) who goes to Mexico expecting to die there — he gets his wish; and young Tom Mix, who went on to be a famous star of cowboy movies.

But mostly the story is about the Colonel; his son Arthur — whose children were the ones kidnapped — Arthur’s wife, Xenia; the children themselves; and the sinister Irish-man Mick Martin, each of whose lives are entwined along the trail and into the shadowy mountains. It’s a big book with a lot of twists and turns and unexpected characters, so it’s kind of hard to describe. It reads better than the job I’ve done here — trust me.

Tell me about the process of writing this book. When did you start and how did it evolve?

I began writing it about 20 years ago,  but I was never satisfied with the results. I’d fool with it from time to time in between my history books, but finally, about a year ago, I dropped everything for about six or eight months and tore into it — literally. I cut it by nearly a half and then had to seamlessly paste the characters back in. It wasn’t easy, but it beats real work.

I had showed it to a number of publishers over the years with no takers, but this new version was snapped up right off the bat by Liveright (W.W. Norton & Co.). The early reviews have all been stellar, so the publisher is very excited. My literary agent sent me a beautifully framed list of all the publishers who turned it down, which I put up on my office wall.

What makes this book different from anything else you’ve ever written up until now?

Well, all of my books are different from anything else I have written. That makes me probably the most hated author in publishing, because I don’t write the same thing over and over like they want you to. Critics, book reviewers, my publishers and probably my own editor — even my literary agent — hate me.

I’ve written about everything from the Civil War battles of Shiloh, Vicksburg and Nashville to “Forrest Gump, ” to the world seen through the eyes of an English Sheepdog (“Only”) to a young adult biography of Ronald Reagan, to novels about Vietnam to the biography of a U.S. marine, alleged traitor and turncoat kept in North Vietnam for 12 years. They can’t peg me or put me in a category, and it drives them nuts!

As a historian and novelist, how much fun is it for you to animate historical figures and allow them to mingle with characters of your creation? Do you find it easier or harder to work with characters from history?

It is fun to let my fictional characters mingle with real historical people. If you keep the historical figures in character, you can get a lot of laughs depicting their foibles.

A couple we meet along the way in “El Paso” are Gen. John Pershing (who famously went on to command the U.S. Army in World War I) and his aide, Lt. George S. Patton. They spurn the Colonel’s idea of raising a force on his own to catch up to Pancho Villa, and when they are gone, the Colonel reacts: “That’s the Army for you. Not only won’t help but try to discourage those who do. Those two will never amount to anything.”

The name Winston Groom has become synonymous with the name Forrest Gump. Do you trust your readers to approach the book with a clean slate and not go into it looking for Forrest?

I hope they don’t go into it looking for Forrest, because they won’t find him. These are serious people doing dangerous things. Some are sadistic killers, and all of them are very tough mentally and physically.

There are a couple of chapters, for instance, of a giant cattle drive, probably the biggest in the history of the world, when the Colonel decides to get his cows off his ranch and to El Paso where Pancho Villa can’t rustle them — 250, 000 head that raised a dust cloud so big you could see it two days out of El Paso. The citizens thought it was a giant dust storm. That’s a true story.

How much of your writing of “El Paso” took place at your home in Point Clear, and how much does your location (whether at your mountain house in North Carolina or by the Bay) affect the way you write?

I started “El Paso” in the mountains and then brought it down to Point Clear where it was finished. It don’t make any difference to me where I write. I’m like George Plimpton — I can write in a bar. Used to be I’d come home in New York City or the Hamptons and wake up next morning to find a dozen bar napkins I had scribbled on the night before.

One time when an editor complained I was late with a manuscript, I threatened him with sending him the book on 150, 000 bar napkins. I told him if he was as good an editor as he was cracked up to be, he ought to be able to make a good book out of it.

In some of your previous novels (“As Summers Die, ” “Gone the Sun”), there are plenty of people and places observant Mobilians might recognize. Although “El Paso” is based on the world of gunslingers and railroads, should we expect any subtle winks to your hometown, whether overt or for your own secret amusement?

No. Besides, all those Mobilians who think they are in my books are wrong about it, and the ones who are either don’t recognize themselves or haven’t read them in the first place.

You’ve said in previous interviews that you were afraid of getting burned out on writing fiction. Have your feelings changed at all on this subject? Can we expect more fiction in the future?

I don’t know about more fiction. Maybe. But the spirit has to move me. The problem, as I see it, is that a lot of novelists on the level I write at write one or two successful books. That is really huge to have done that. But then they keep on writing, even when they don’t have any good ideas, because they don’t know what else to do. And slowly — and sometimes quickly — the critics get down on them, and then their publisher gets down on them and even their editors. I can think of a few — F. Scott Fitzgerald and Thomas Woolf drank themselves to death, and Hemingway blew his brains out.

That was not a path I wanted to travel, so I began writing history. I find it fun and interesting, and I learn a lot which, at my age and with my disposition, is not easy to do.

What have you been reading lately, and can you tell us what project you’re working on now?

I read the Wall Street Journal to find out what’s going on. Almost all of my other reading is related to work.

My next book, called “The Victors, ” is about Winston Churchill, Franklin Roosevelt and Joseph Stalin, and the winning of World War II. So right now I am engaged in reading a lot of material on their early lives, which is fascinating. I never knew how tough Churchill was as a young cavalry officer in the British Royal Army, nor what a great writer and reporter he was at such a young age.

Roosevelt is equally interesting, having grown up with a silver spoon in his mouth. He tries to be physically tough but hasn’t the strength or the build for it, so he becomes a charmer.

Stalin, it turns out, did not become a monster — he was almost always one. He was expelled from the priesthood at the age of 16 and immediately went underground as a socialist revolutionary, staging robberies, extorting people, having people killed. He was expelled from his commune in a Siberian camp for exiles (one of his many stays there) because when it was his turn to do the dishes, he merely put them on the floor for the dog to lick clean. That’s the kind of fellow he was.

At press time, we’re one week away from Alabama’s season opener against USC. I know you’re an Alabama fan; what are your plans for game day?

I will just have gotten back from the North Carolina mountains and am gonna watch it in my TV room with my wife Susan and dog Camellia and anyone else who promises not to talk during the plays. Boiled peanuts and cold beer. Roll Tide!