THE O’HENRY GEORGE AT WHIT’S FROZEN CUSTARD
“Daphne’s hottest place is actually the coolest — Whit’s Frozen Custard. The O’Henry George is my favorite, a concoction of vanilla custard drizzled with peanuts, hot caramel and fudge (reminiscent of an O’ Henry candy bar). Although the flavor was named after one of the owner’s sons, I like to pretend it’s an homage to economist Henry George, whose 19th-century teachings served as a model for the single tax colony of Fairhope. What an interesting and funny coincidence!” — Mary Riser, Festival Director, Fairhope Film Festival
Whit’s Frozen Custard • 1204 Main St., Daphne. 378-9204 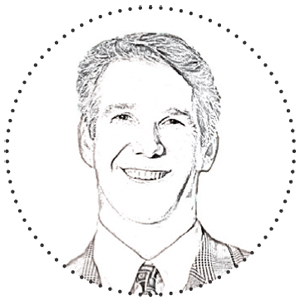 FRIED CHICKEN AT DEUCE COOP
“As a huge fan of Dragonfly Foodbar in Fairhope, I’ve been wanting to try the Deuce Coop at The Fort. Owners Doug and Brie Kerr never disappoint. The idea of chicken and waffles has never appealed to me. However, when I saw a picture of one of the creations at the Deuce Coop, I had to have it! I ordered the crispy buttermilk green curry fried chicken with sweet and sour slaw topped with a peanut sauce and spicy aioli, all presented in a waffle cone. Like everything at Dragonfly, the flavors where off the chart and complementary.” — Robert Brown,VP, Pitman Brown Building Company
Deuce Coop at The Fort • 29001 Bass Pro Drive, Spanish Fort. 307-6444

DIRTY FRIES AT EUGENE’S MONKEY BAR
“Tucked away under the Hilton on the outskirts of Bienville Square, Eugene’s Monkey Bar is a true gem. I visited one evening after work during their ‘Wine Wednesday’ and was not disappointed. I ordered the wine flight and decided to stick to an appetizer for my first visit. It was a tough decision, but I landed on the dirty fries. The white cheddar, bacon bits, green onions and housemade remoulade made for the perfect cheat meal. The portions were enough to share with the table. I’m ashamed to say I went back that Friday and ordered it again — it’s that good!” — Nichelle Rodgers, Marketing Specialist, USA Health
Eugene’s Monkey Bar & Grill • 15 N. Conception St. 378-9377