The dunes of Fort Morgan and the gentle waves of the Gulf waters are natural muses for artist Claudia Hodges. Most of her colorful acrylics depict water-related subjects, befitting an artist who lives and works in a beach cottage near the end of the peninsula.

Hodges began painting in childhood. She’d done some wood carving in years past, but her interest in creating art out of driftwood emerged only about 18 months ago. “It’s just something I decided to try. I wanted to see if I could do something a little different than what I’d seen other people do, ” she says. “I like a challenge.”

While her painting style has always been built for speed, Hodges’ sculpting is anything but. “I think about a piece for a long, long time. I’ll do sketches and see where that takes me. I always like to see the end product first.”

Hodges honed this skill in a previous career in which she designed elegant outdoor water features. She utilized her architectural training to build (along with husband Bart) an award-winning landscape design business. Several of their Metro Atlanta-based projects were featured on the Discovery Channel. “The process is the same, ” Hodges says, of landscape design and sculpture. “You have the idea, put it on
paper, and then make it happen.”

Hodges says that the wood itself often sparks the idea of what it will become. “I see things in it that others don’t see.” She points to a mermaid sculpture, opposite right. It was positioned in the sand so that as she walked past she saw a lady’s back. “See? This is a backbone, ” she says, her fingers tracing the figure’s spine. “And this was actually a really weird part of the tree, kind of like a big knot, that I turned into her face: I started with the face and just went from there.”

Redirecting attention to row upon row of thin, form-fitting scales, Hodges explains that they were glued in place, like a veneer. “I took my hand chipper and carved each one from another piece of driftwood. Then I had to bend each piece to fit: I would take it in my fingers and twist it to fit the contours, ” she says.

Now that the word is out about her art, “I look like the crazy driftwood lady because I’ve got logs all over the place, ” she says. “My neighbors, and others have become driftwood fairies. It just shows up on my doorstep.” And as Hodges eyes each and every piece, she visualizes one beautiful sculpture after another. 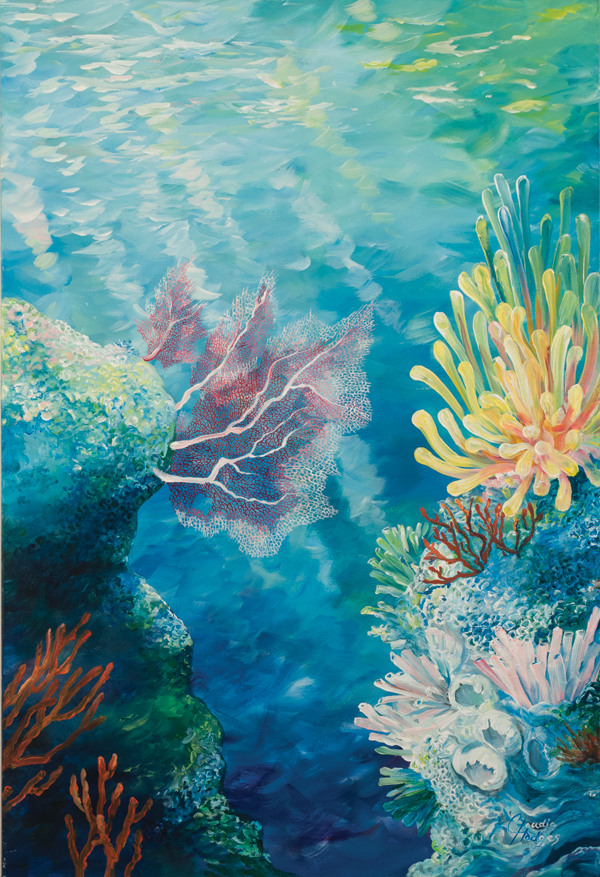 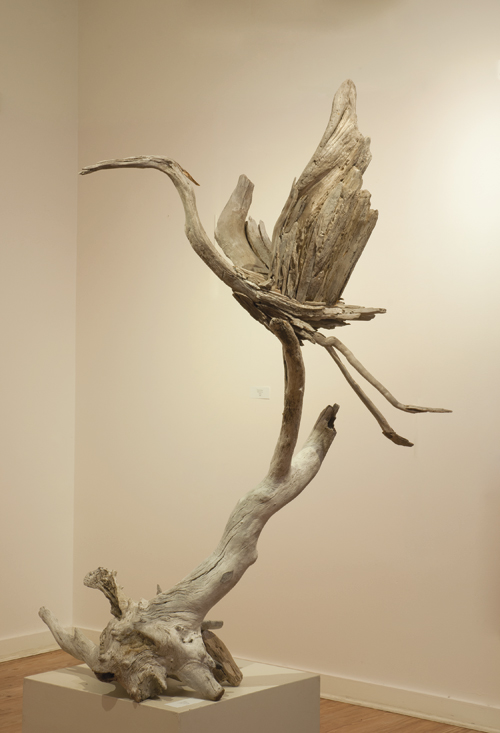 ABOVE RIGHT Of “Taking Flight, ” Hodges says, “I didn’t actually carve much on this one. Sometimes you have to just let the wood speak for itself.” 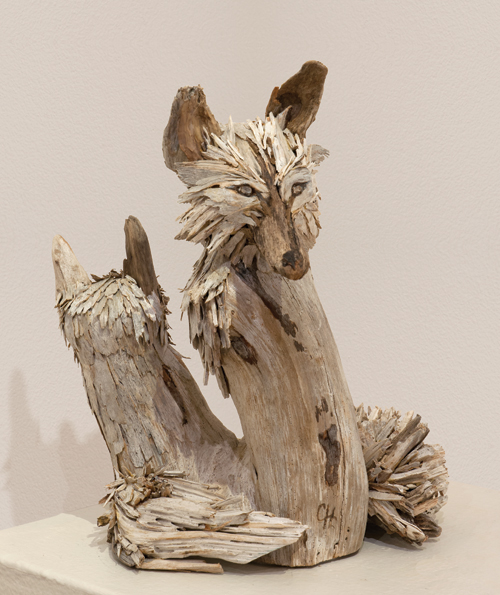 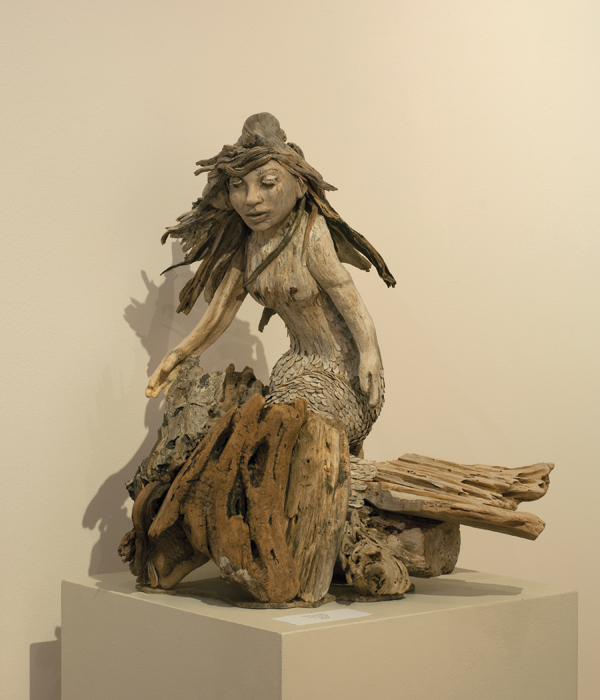 ABOVE LEFT The wooden likenesses of foxes were born of time spent observing mother and kit. “I was drinking my coffee outside early one morning, and my cat came barreling down the driveway chasing a fox, ” she says, of their initial visit. Having first refined her ideas in sketches, Hodges basically knew what she wanted the finished piece to look like before launching her search for an appropriately formed piece of driftwood.

ABOVE RIGHT Her highly detailed mermaid piece reflects the intensity and time commitment that Hodges puts into her sculptures. “I like the embellishment of the tendrils and her tail; I wanted it to look really dramatic.” Hodges’ artwork can be seen at Ashland Gallery in Midtown and the Compleat Studio at The Wharf or on Etsy.