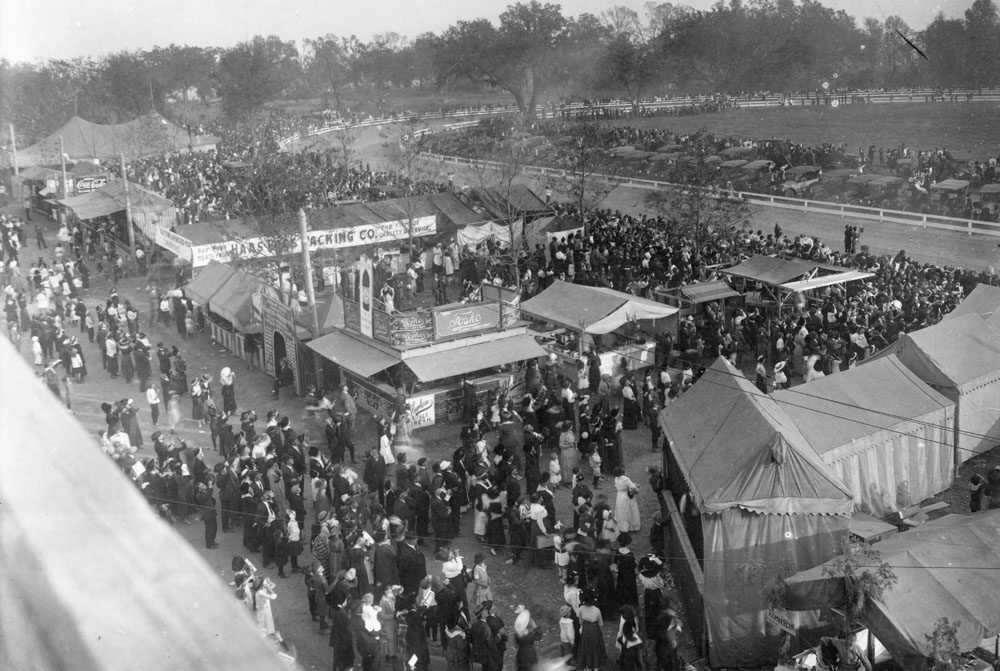 ABOVE Fosko, a Mobile-made soft drink, was popular at local stores and events, as demonstrated by this early 20th-century photograph of a Fosko stand at Arlington Fairground.

Fosko was a soft drink that was produced in Mobile at the E. Carre Bottling Company, which stood on the east side of Franklin Street, just north of Dauphin. Ed Carre was a French chemist who had established a soda water company here at the end of the Civil War and advertised mineral water, cider and soda water. After the introduction of flavored sodas at the 1876 World’s Fair in Philadelphia, Carre followed suit.

Wilkins had started out as the bookkeeper for the bottling firm and became the sole owner after Carre’s death in 1918. By 1920, he had also gone into a partnership operating a Dauphin Street candy store to the south of the bottling company. Wilkins-Higgins Candy Company faced the side of the Cathedral and by 1924 had been enlarged to include eight apartments.

According to members of the Wilkins family, the Fosko soda drink was mixed by hand in an oversized cauldron. Once filled, bottles were shipped to local stores where they were iced down in large coolers. When Mobile’s new baseball stadium, Hartwell Field, opened in 1927, the E. Carre Bottling Company was the sole provider of soft drinks, including Fosko. There, drinks sold for 10 cents a bottle — double the price that was charged outside the park.

Fosko’s memorable motto was “Its winey flavor is great!” Advertisements boasted that Fosko refreshed while tasting like “old wine.” As Prohibition was in full effect, this may well have been an effort to attract consumers unable to get the real McCoy.

In an era long before air-conditioning, thirst quenching was another important factor. Consumers were advised, “When you get hot and thirsty ask for Fosko … It cools, refreshes and offers real hospitality.”

Wilkins died in 1930, and although his 16-year-old son attempted to run the operation, it closed within a year. By 1934, the Dauphin Street address was only listed to the Wilkins-Higgins Apartments.

Fosko reappeared in the early 1940s and struggled along until about 1950. It apparently never caught on to a new generation, and since Prohibition had long been repealed, a “winey” flavored soft drink may have been less appealing.

The Wilkins family proudly holds onto the formula and looks forward to the day Fosko might be rediscovered by a new generation of Mobilians. The Wilkins-Higgins Apartments have been recently rebuilt and were quickly filled. Residents now park on the site of the former bottling operation.