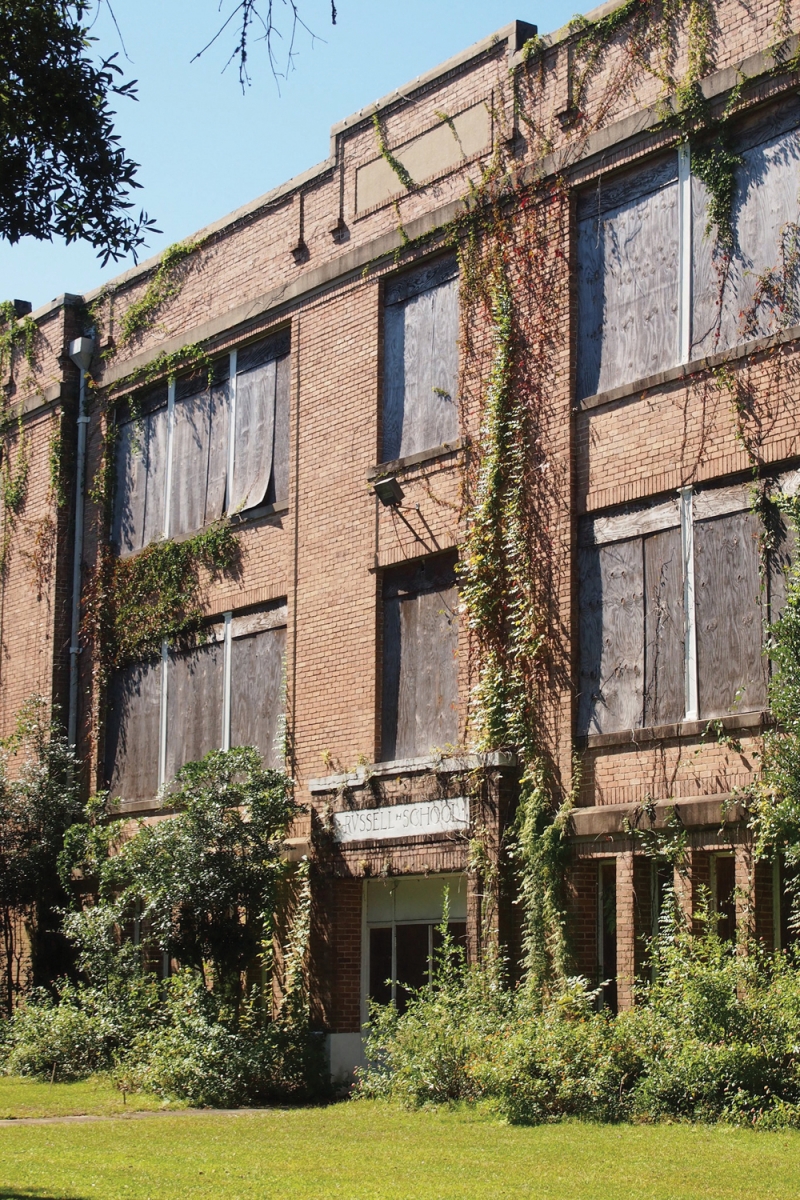 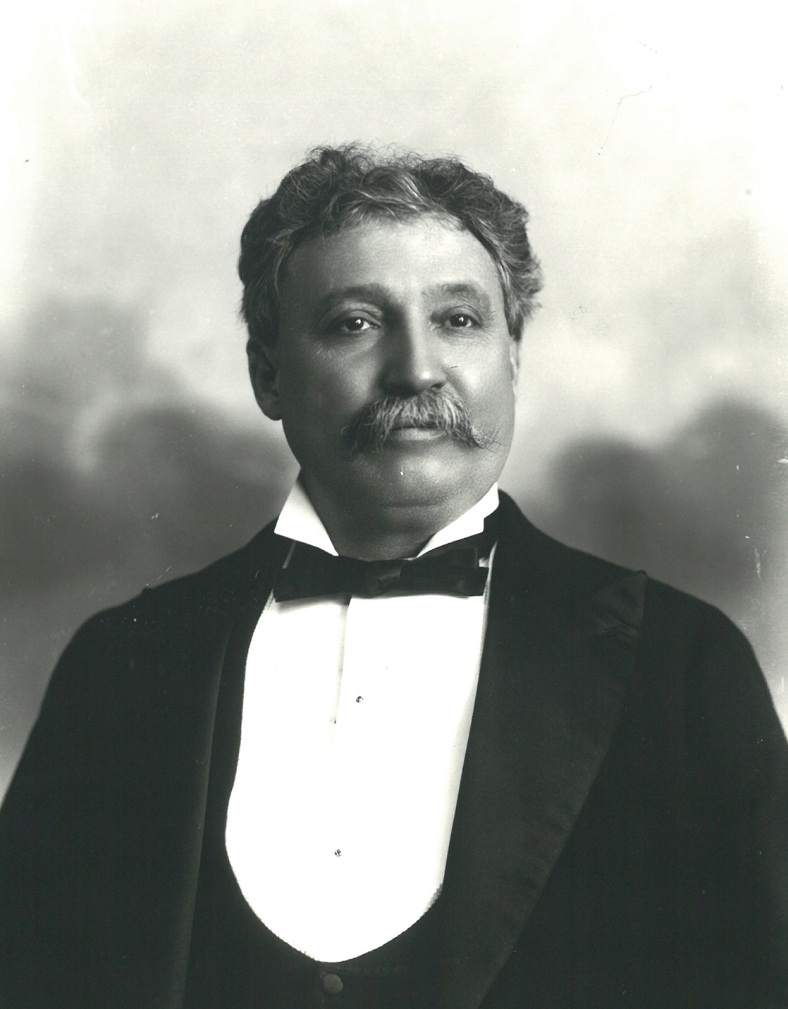 ABOVE LEFT The E.L. Russell School building was at its worst in this photograph from 2014. Today, the building is undergoing a transformative renovation and will soon feature one- and two-bedroom loft apartments.
ABOVE RIGHT Mobile & Ohio Railroad President Edward L. Russell, for whom the elementary school was named.

The brick building on the southwest corner of South Broad and Augusta streets has stood for over a century now, first appearing in the 1915 Mobile city directory as the E.L. Russell School. The new elementary school was named in honor of Edward L. Russell, president of the Mobile & Ohio Railroad.

Hero of the Hurricane

In addition to managing the railroad, one of the area’s largest employers, Russell had become a local hero following the September 1906 hurricane. The storm brought high winds and water into south Mobile County and was blamed for 150 deaths. With the roads washed away, the railroad provided the only access to much of the affected area. Russell gave full use of his line and employees to aid in relief efforts, and Mobile never forgot it.

Russell died in 1911 while in Washington, D.C. Literally thousands of Mobilians followed his funeral procession to Magnolia Cemetery.

The Russell School replaced the Jefferson Street School, which had been completed in 1890. That very Victorian wooden structure was demolished after the new building was completed, and the site vanished under a cul-de-sac during the neighborhood’s redesign as part of an urban renewal program.

With the population shifting ever westward, the school closed its doors and was used as office space for the school board until 2007. The vacant building quickly deteriorated and became a target for vandals.

By 2014, the structure was in such poor condition that most neighbors assumed demolition would come about soon. Instead, the school board sold the building, and today, it is undergoing a near-miraculous change. Now called Broad Street Lofts, the handsomely restored building will contain one- and two-bedroom loft apartments. Russell’s name will remain on the facade. With the population shifting ever westward, the school closed its doors and was used as office space for the school board until 2007. The vacant building quickly deteriorated and became a target for vandals. 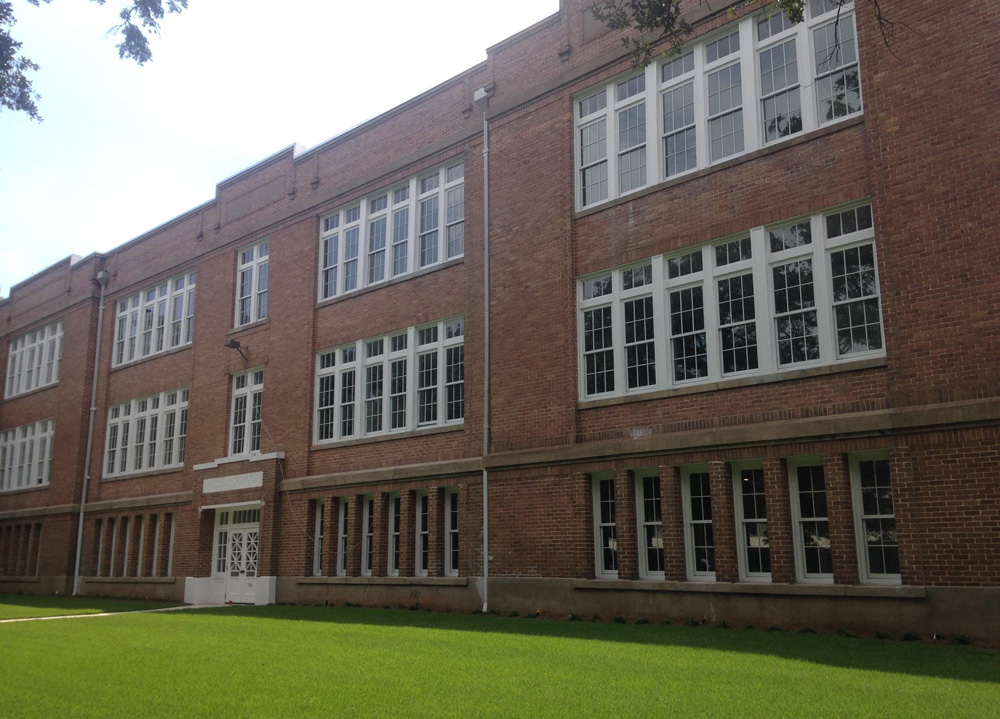 ABOVE and BELOW The new Broad St. Lofts are now leasing for fall/winter 2017. 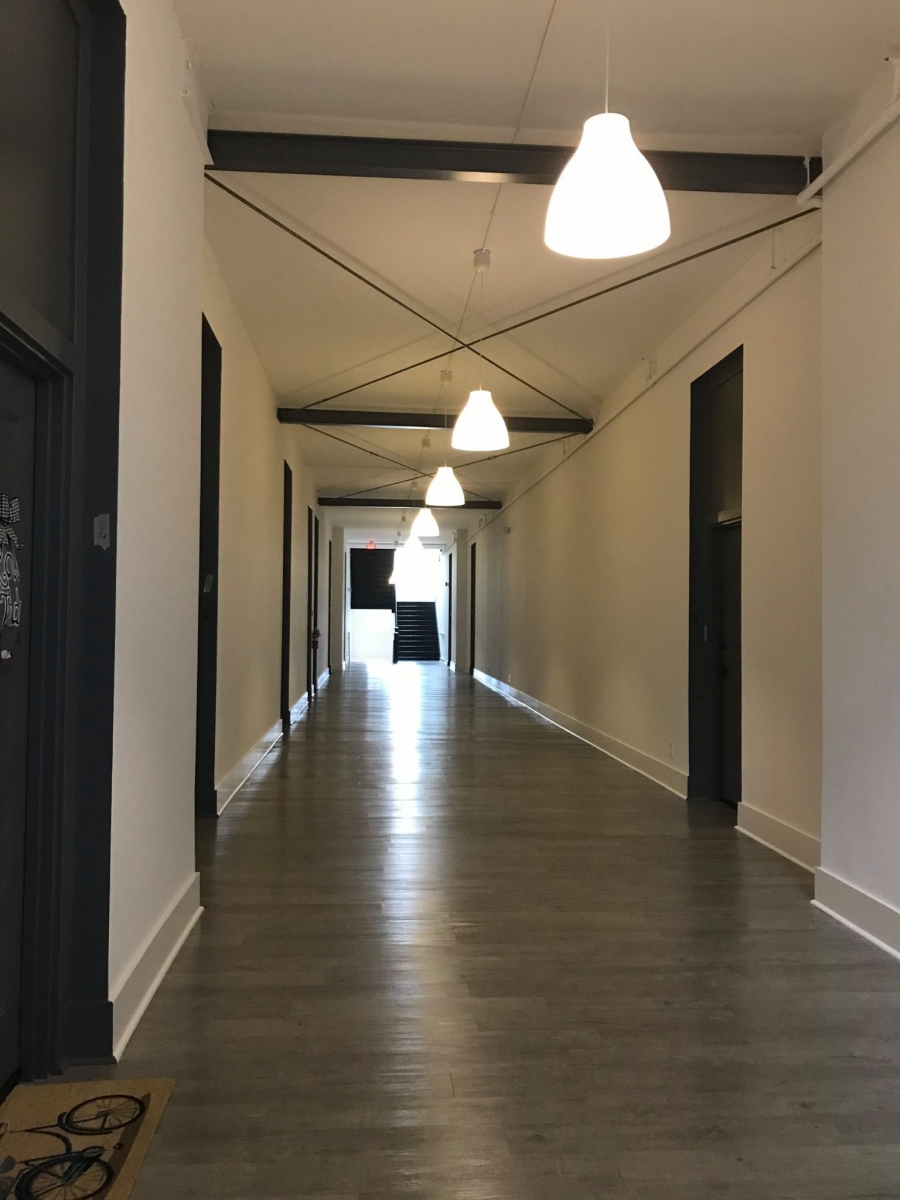 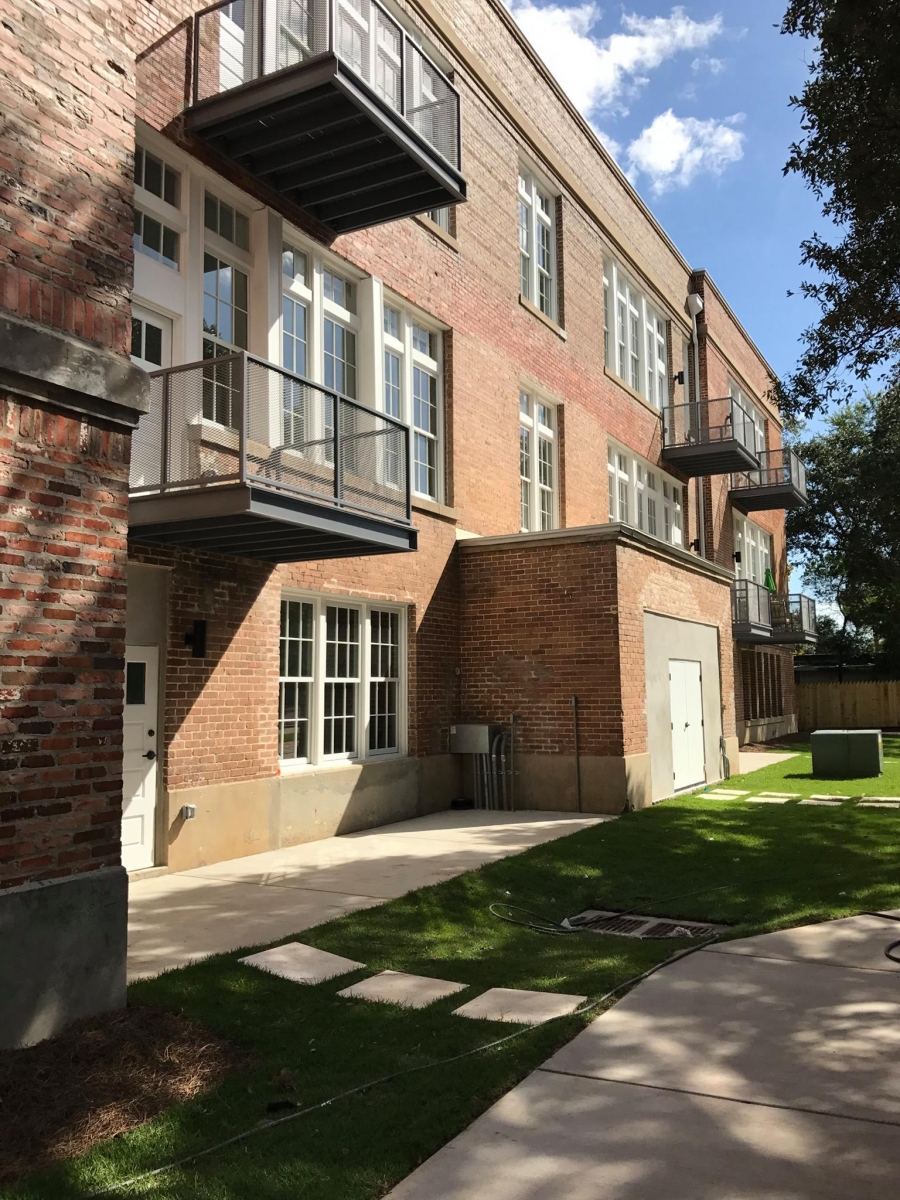 The Broad Street Lofts are a sister property to the recently completed Marine Street Lofts and Old Shell Lofts, the latter of which was also converted from an abandoned school building into luxury apartments.