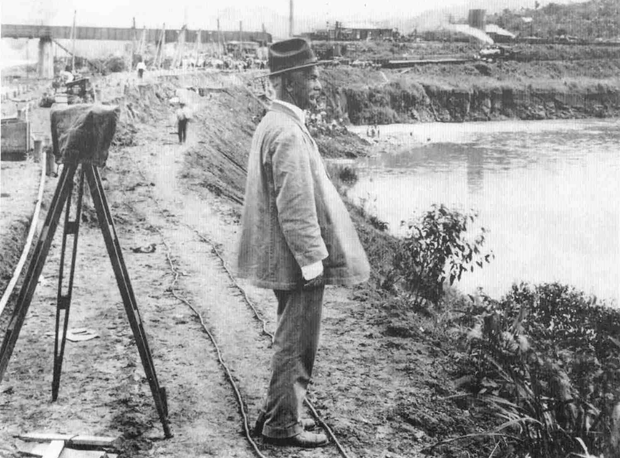 When construction of the Panama Canal began, the local population was afflicted with both yellow fever and malaria at epidemic proportions. An 1880s attempt by the French to construct the canal had gone bankrupt after nine miserable years and 20, 000 deaths due to rampant disease.

As early as 1848, Mobile physician Josiah Nott had published a theory linking mosquitoes to deadly yellow fever outbreaks across the South. He did not get far with his conjecture, and it did him no good in September of 1853 as he watched helplessly while four of his eight children succumbed to the disease.

Two different British doctors in the last decades of the 19th century concluded that the mosquito was the culprit in spreading disease in India, earning Sir Patrick Manson the dubious sounding title of “Father of Tropical Disease.”

But it was an American physician who used the force of the U.S. Army to fight the bloodsucking parasites and allow the Panama Canal to become a reality. William Crawford Gorgas, who would eventually serve as the U.S. Surgeon General, was born in Toulminville. His father, Josiah Gorgas, a native of Pennsylvania, was with the U.S. Army serving as commandant of the Mount Vernon Arsenal. He had married the daughter of John Gayle, a former governor of Alabama who had moved his law practice to Mobile. Amelia Gayle Gorgas was living with her parents when her first child William was born in 1854.

Two years later, the Gorgas family made a series of moves with the Army until the outbreak of the Civil War. Josiah resigned his commission and joined the Confederate Army where he achieved the rank of Brigadier General — quite a feat for a Pennsylvanian. At war’s close, he became involved in the Brierfield Ironworks just south of Montevallo.

University of the South

When the ironworks failed in 1869, Josiah Gorgas and his family moved to Sewanee, Tennessee, where he was appointed vice chancellor of the University of the South. Here, his eldest son received his undergraduate degree in 1875 before entering medical school at New York’s Bellevue Hospital.

William had longed to enter the military, despite his father’s warnings against it. Unable to get an appointment to West Point, he was selected by the Medical Corps of the U.S. Army after graduating medical school in 1879. On assignment in Texas, the young doctor survived a bout of yellow fever, which may have inspired his later quest against the disease.

Stationed in Havana, Cuba, at the end of the Spanish-American War, Dr. Gorgas sought to end yellow fever and malaria outbreaks by eliminating the mosquito. Buildings were fumigated, windows were screened, and swamps and ponds were drained. Within a relatively short period of time, the yellow fever outbreaks became history, and the cases of malaria were greatly reduced.

Gorgas arrived in Panama in 1904 as efforts for the planned canal were underway. Arguing that a successful canal could only be built by healthy workers, Gorgas successfully won over an economically minded Roosevelt administration and eradicated the mosquito on a grand scale. The number of deaths and cases of fever declined dramatically.

Gorgas was named president of the American Medical Association in 1908 and, in 1911, was offered the presidency of the University of Alabama. Calling this offer a great honor, he said he had to decline in order to be on hand for the completion of the canal which occurred in 1914. That same year, he was appointed Surgeon General of the U.S. Army. By the time he retired in 1918, this son of Mobile had received honorary degrees from seven universities and won countless honors from foreign countries before being hired as a consultant for the Rockefeller Foundation.

In 1920, after traveling extensively through Africa and Europe, Gorgas arrived in London where he suffered a stroke. King George V visited the doctor in his hospital room where he knighted the Alabama native. William C. Gorgas never recovered from the stroke and died at the age of just 66. After a full military procession and funeral at St. Paul’s Cathedral, he was buried in Arlington National Cemetery.