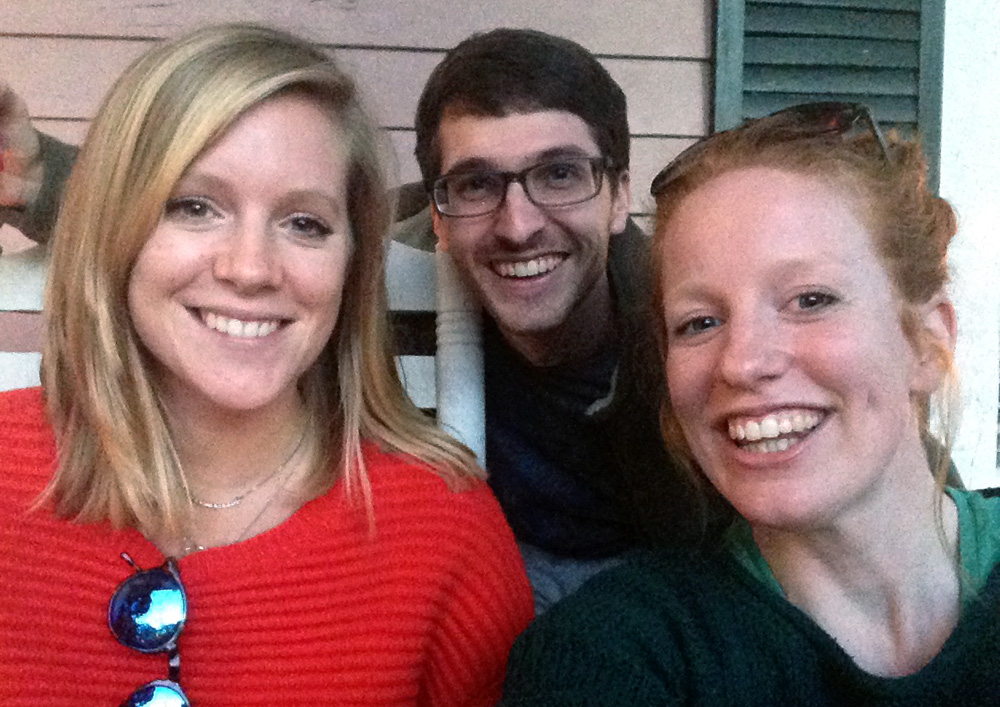 While we were living in New Zealand, my English friend Ruth claimed she would come and visit me in Mobile. I had heard it before from many other friends I had made traveling; it was a nicety — a way of making difficult goodbyes easier for both parties by leaving the door open for a future reunion. “No really!” she continued. “I would love to see Mo-byle!”

“Mo-beel, ” I said, gently correcting her.

“MO-beel, ” she repeated, incorrectly placing the emphasis on the “Mo.”

“Mo-BeeEELL, ” she said, attempting to form a sound that her English accent had never asked of her. We found that if she swung her head into the word, starting with her chin low and throwing it upwards on the “beel” emphasis, she could almost pull it off.

My girlfriend Becky, another one of Queen Elizabeth’s loyal subjects, has been living in Mobile for two months now. Some of her observations about life in Mobile have been absolute gold, but, before now, I haven’t committed any of it to a blog post. When Ruth came to visit us over Thanksgiving a few weeks ago, I decided it was time that changed. I now give you the endlessly delightful observations of two English girls visiting Mobile, Alabama. (Tip: It helps to read in your best Downton Abbey voice)

1) “AHhHHhHhHhH!!!!! A Taco Bell!!!!”
Ruth seeing a Taco Bell for the first time upon getting picked up from the airport.

2) “Everyone was talking to each other…”
Becky’s observation that no one spoke to each other on her flight from London to Atlanta. But that all changed when she boarded for Mobile.

3) “Sounds brilliant!”
Ruth’s response to the waitress at Spot of Tea asking if she’d like to try their strawberry sweet tea today. When it was brought to the table: “It’s got ice in it?!”

4) “I’ve already warned Ruth about how much ice you guys use so that she wouldn’t go into shock.”
Becky explaining that she’s braced Ruth before lunch about the ice situation.

5) A surprised expression. “That doesn’t happen at home!”
Ruth’s reaction when our waitress came by and filled up her glass of sweet tea … for free!

6) “Established in 1994 …” (both girls snicker)
Becky to Ruth, laughing that the Spot of Tea brags about starting in 1994. When I was visiting Becky in England, she got into the habit of saying things like, “Look at that tombstone from 1685. That’s older than Breck’s country.” Very funny.

7) “They always serve food with ginormous pickles!”
Becky’s take on the pickles that come on the side of every sandwich at every restaurant.

9) “Wait, you actually have those?”
Ruth upon seeing a yellow school bus. She and Becky have only ever seen them in American movies.

10) “I need to go to a hole-in-the-wall.”
A Ruth quote. I began to tell her about Butch Cassidy’s when she laughed and explained that she meant a “cash machine.” A hole-in-the-wall? Seriously? When I told her about drive-thru ATMs, she made me take her to one. “Absolutely mental…” she said of the experience.

11) “He’s going to be burnt on his bottom!”
Ruth’s horror when a Krispy Kreme doughnut was not properly flipped in the oil on the assembly line.

12) “Oh my word…”
Ruth after her first bite of a hot Krispy Kreme doughnut.

13) “I don’t know what that means.”
Ruth’s response to the question, “Did you blitz?” during our Thanksgiving Day touch football game.

14) “I’m going to wear one of those massive foam fingers, eat a corndog and get a Coke that’s bigger than my head!”
Ruth describing what she imagines her first American football game experience will be like.

15) “Oh no, he dropped his hanky!”
Ruth’s outburst during the Alabama game when a wide receiver’s white towel fell from his uniform and onto the field.