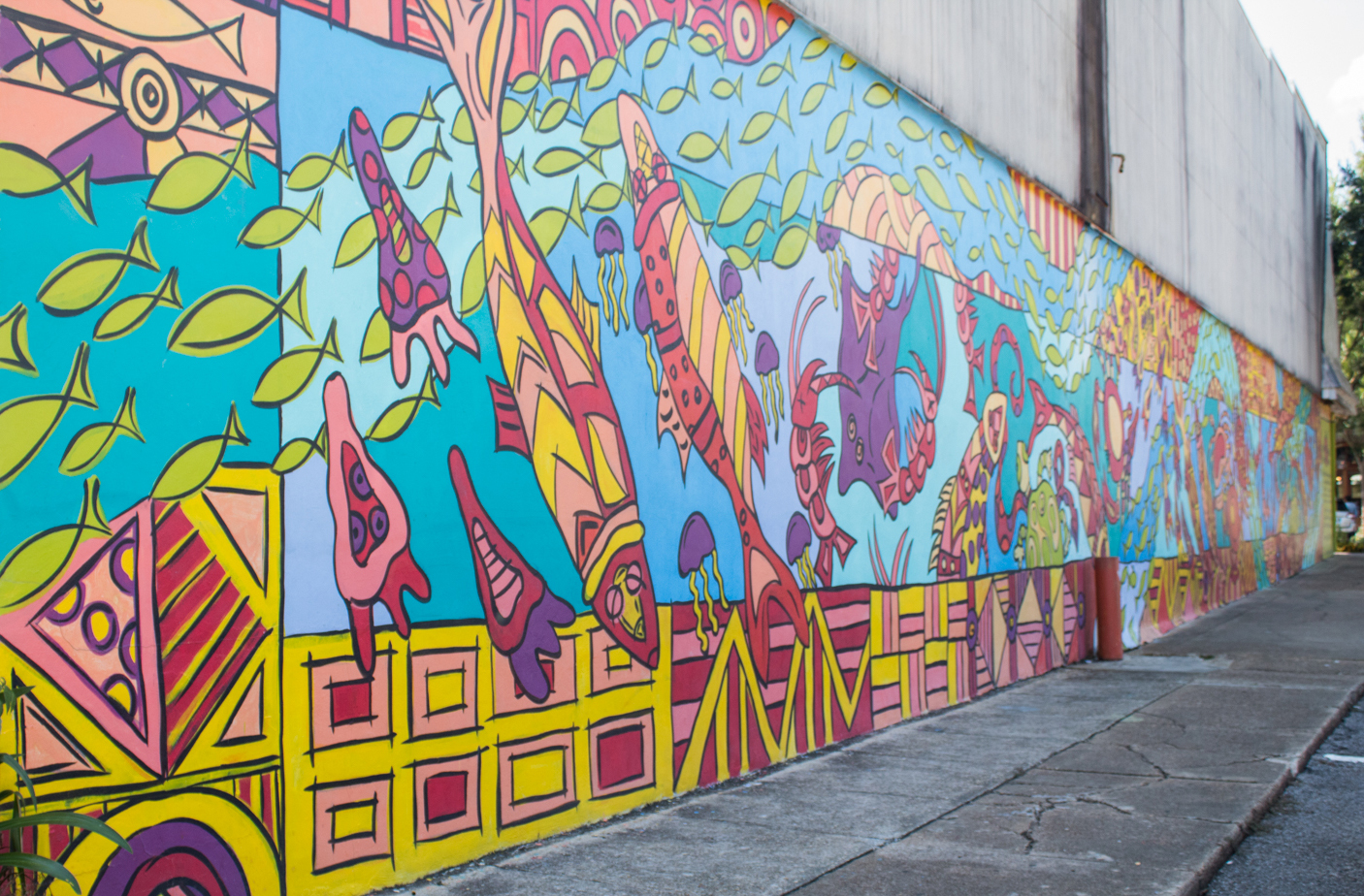 Downtown Fairhope
Found in Fairhope on the corner of Fairhope Ave. and Church St., “Aboriginal Sealife” was first painted in 2003 and was later restored by Ameri’ca Jones Tickle in 2014. 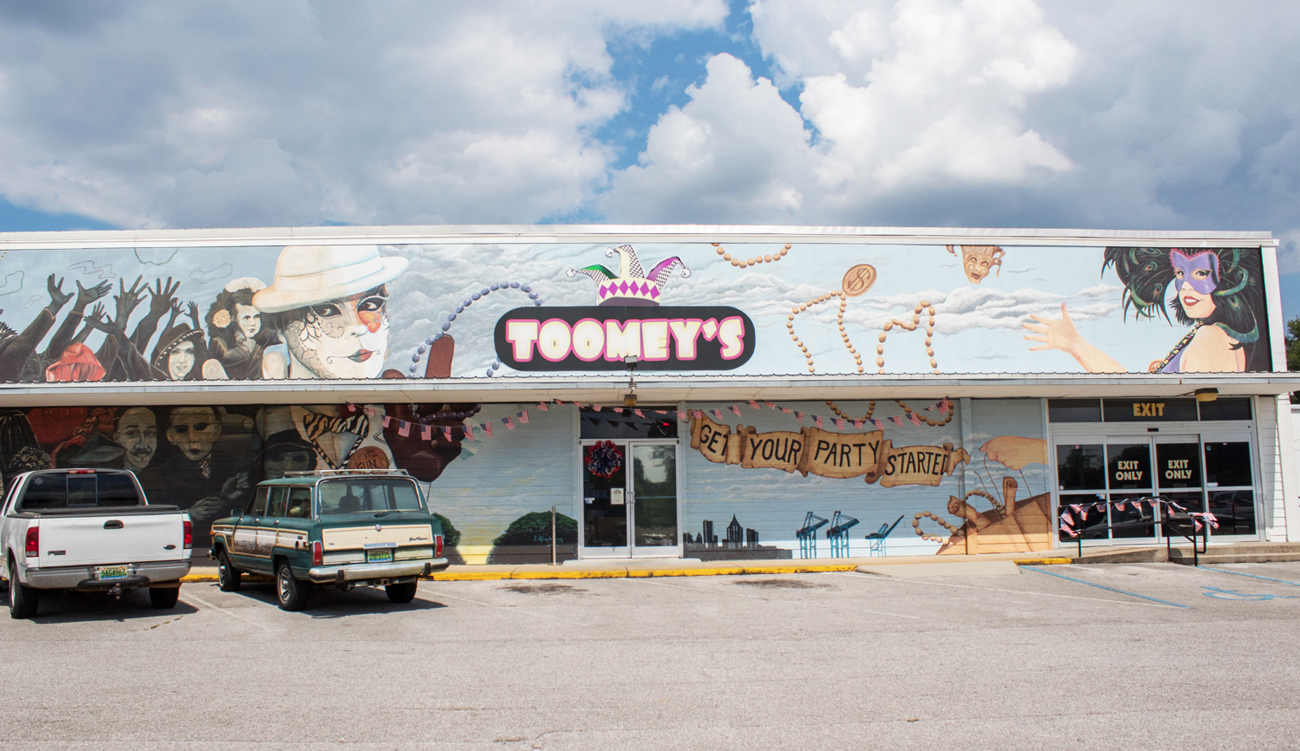 Toomey’s
In 2013, E. Allen Warren painted the front of Toomey’s off of Government St. 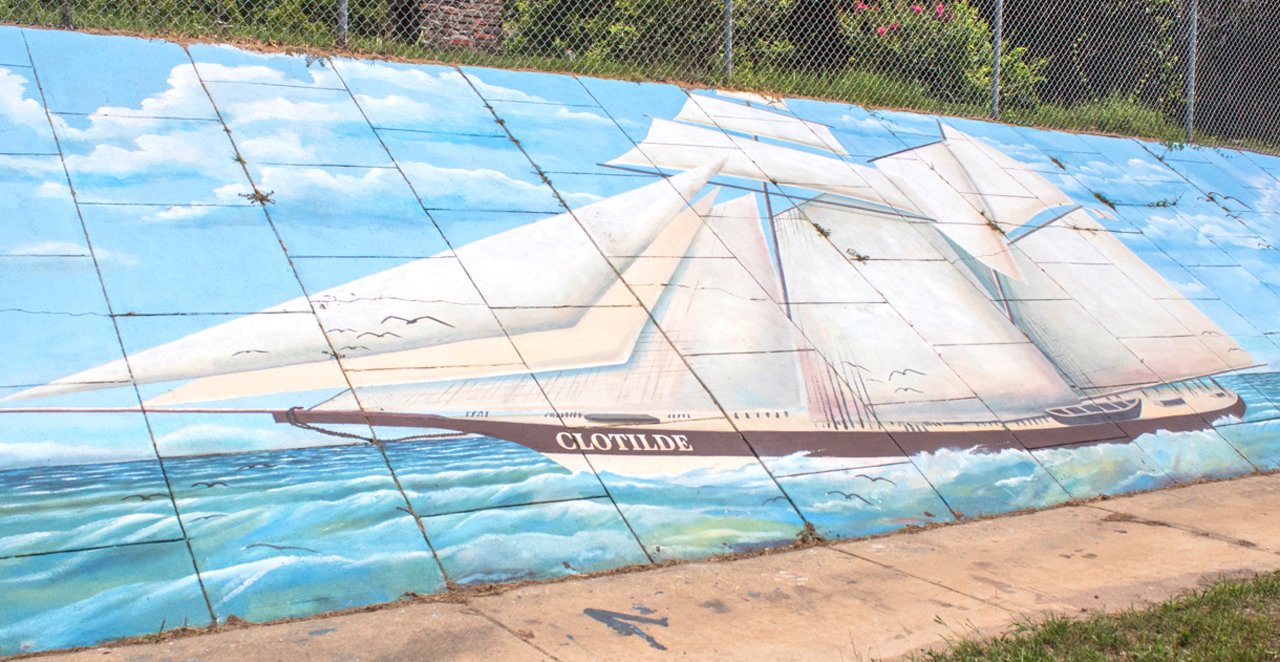 Africatown
Right before the Cochrane-Africatown Bridge, Labarron Lewis was commissioned in 2017 to paint the last known slave ship to enter the US, the Clotilde. 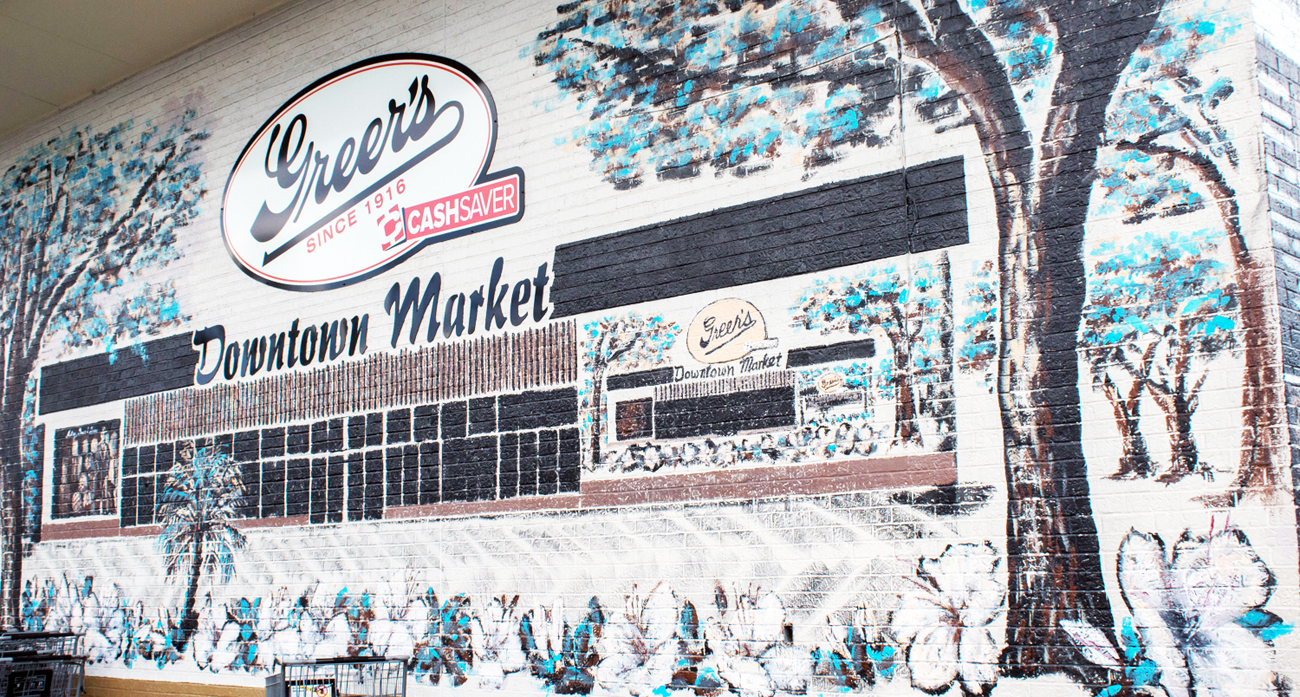 Community Garden on Dauphin
In 2018, Devlin Wilson painted Barton Academy on the side of Downtown Mobile Alliance facing the community garden on Dauphin Street. 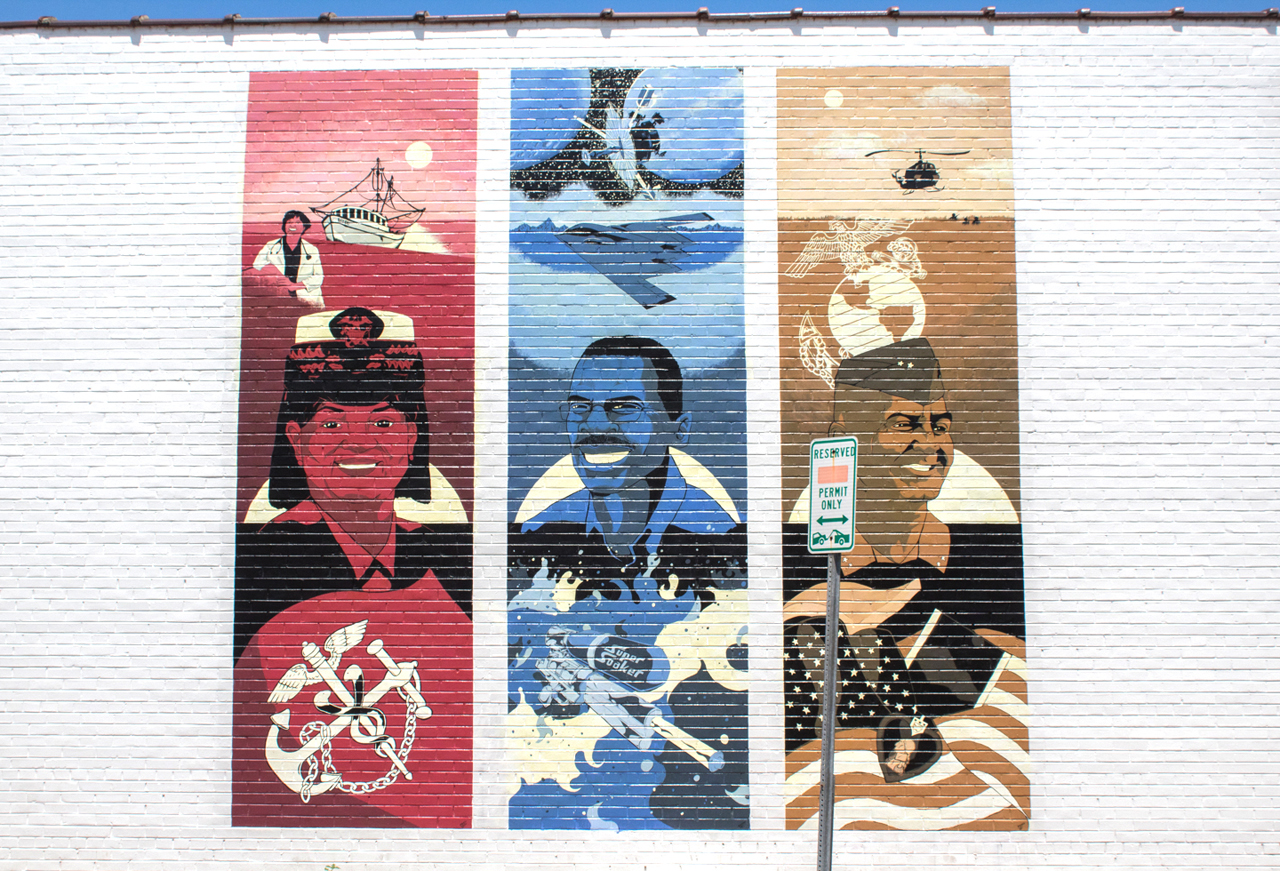 Dauphin Street Police Precinct & Police Museum
On the corner of Dauphin Street and N. Claiborne Street, Randolph Dixon painted “Hidden Figures” on the side of the police station in 2018. 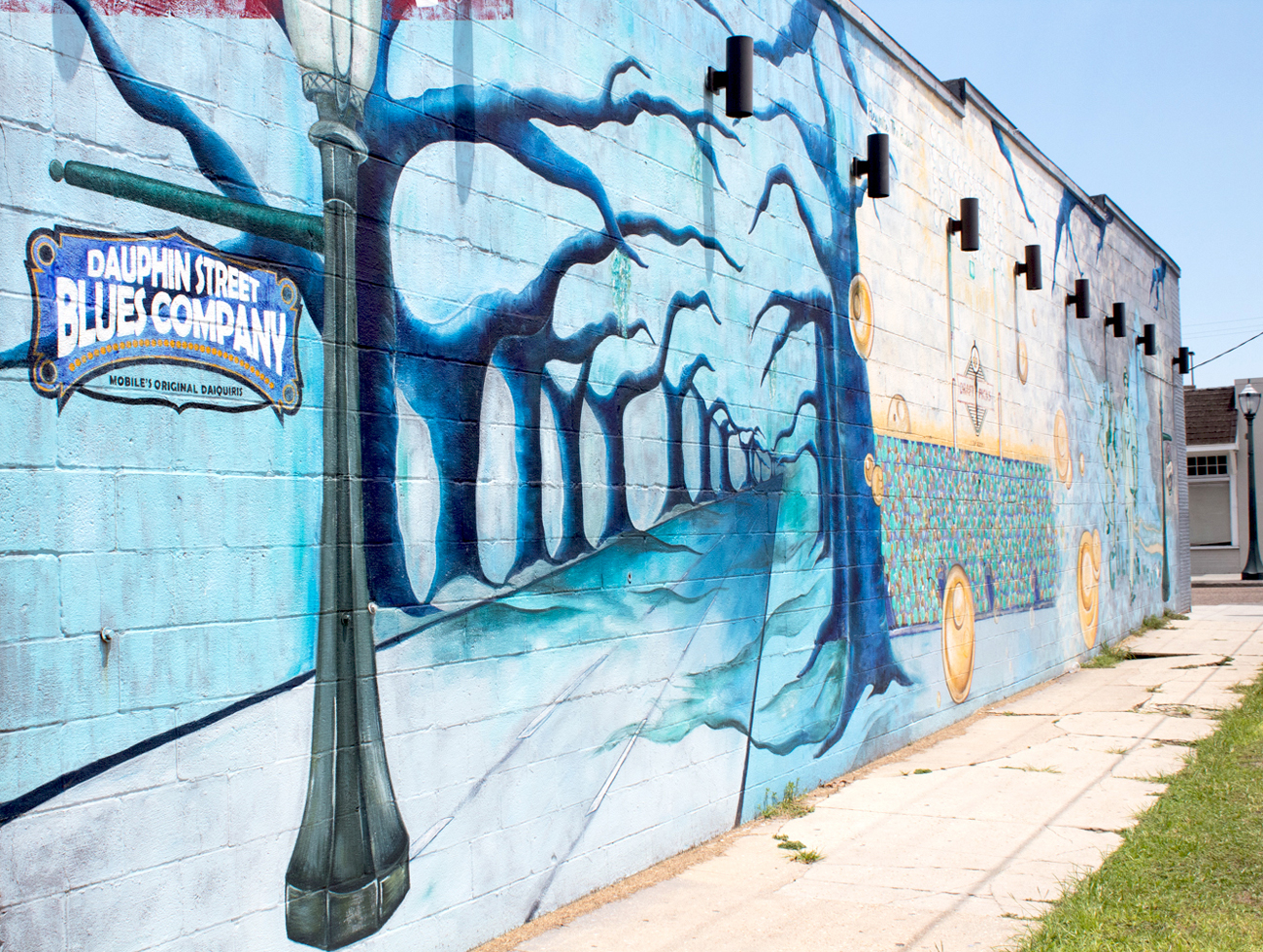 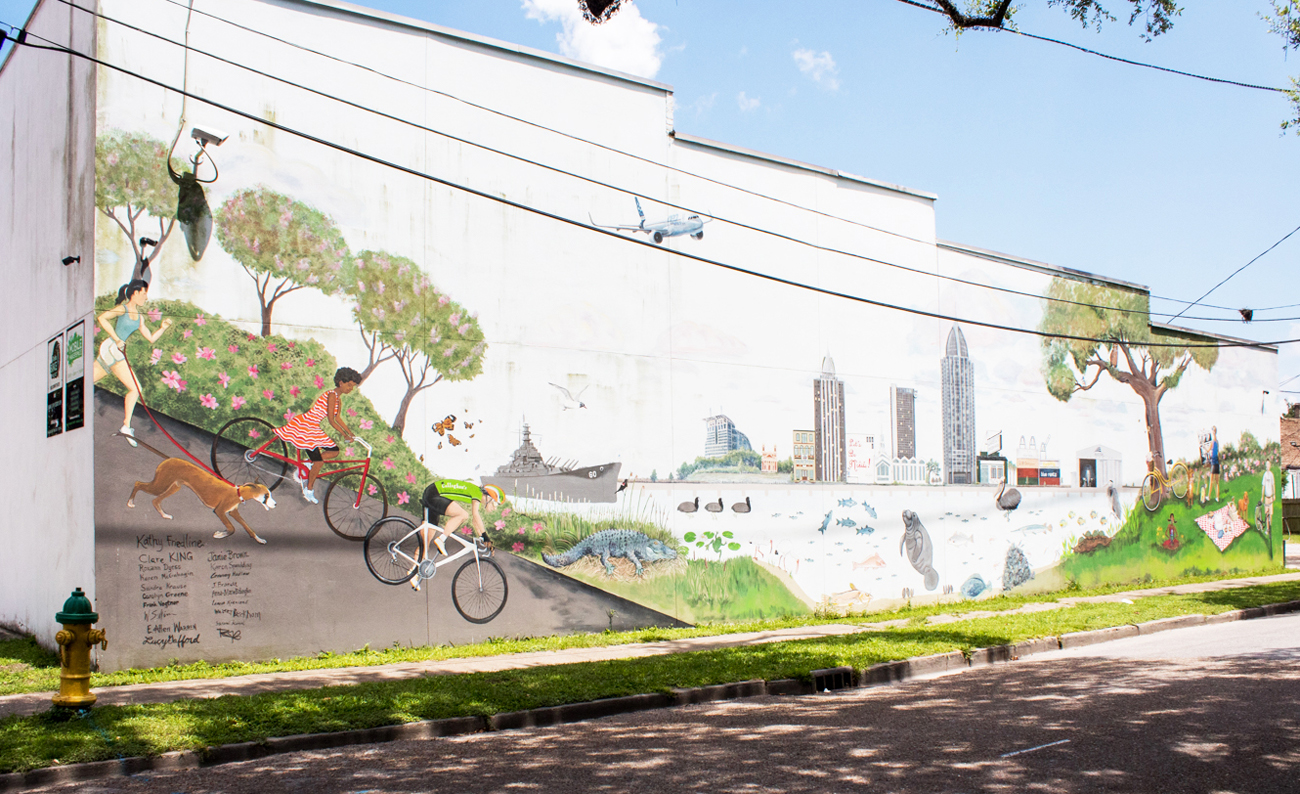 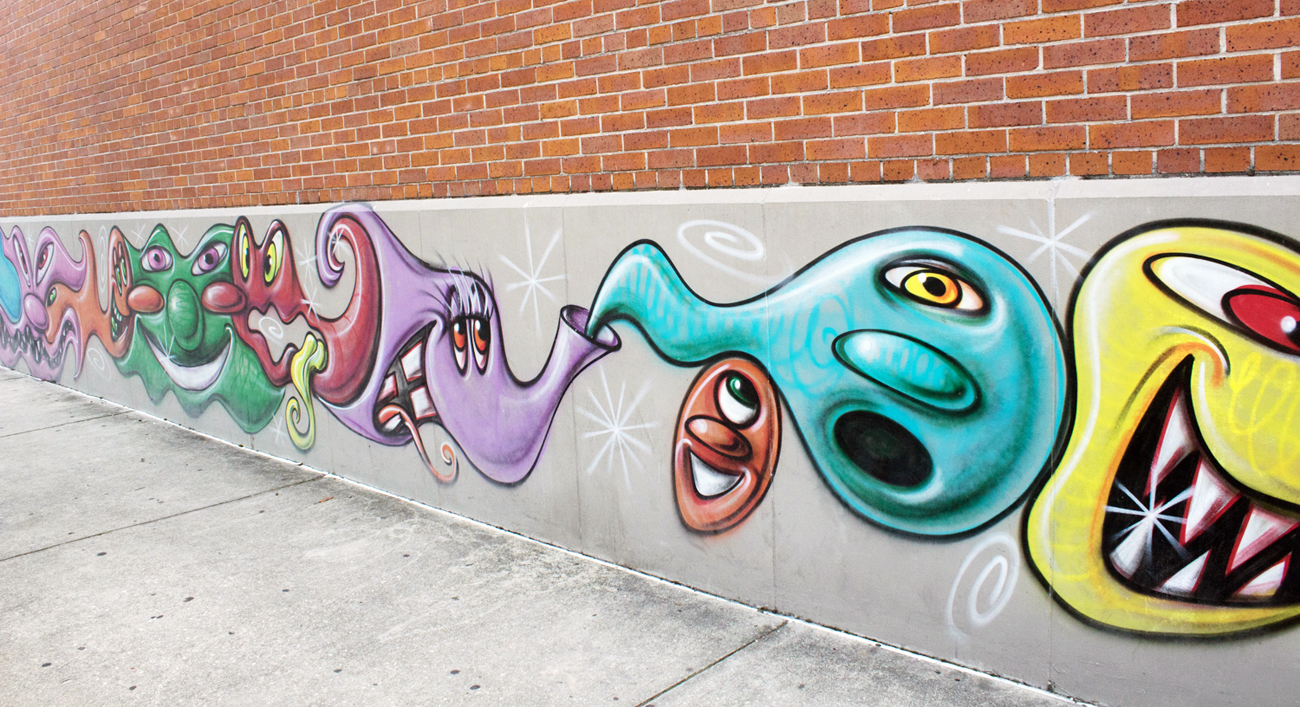