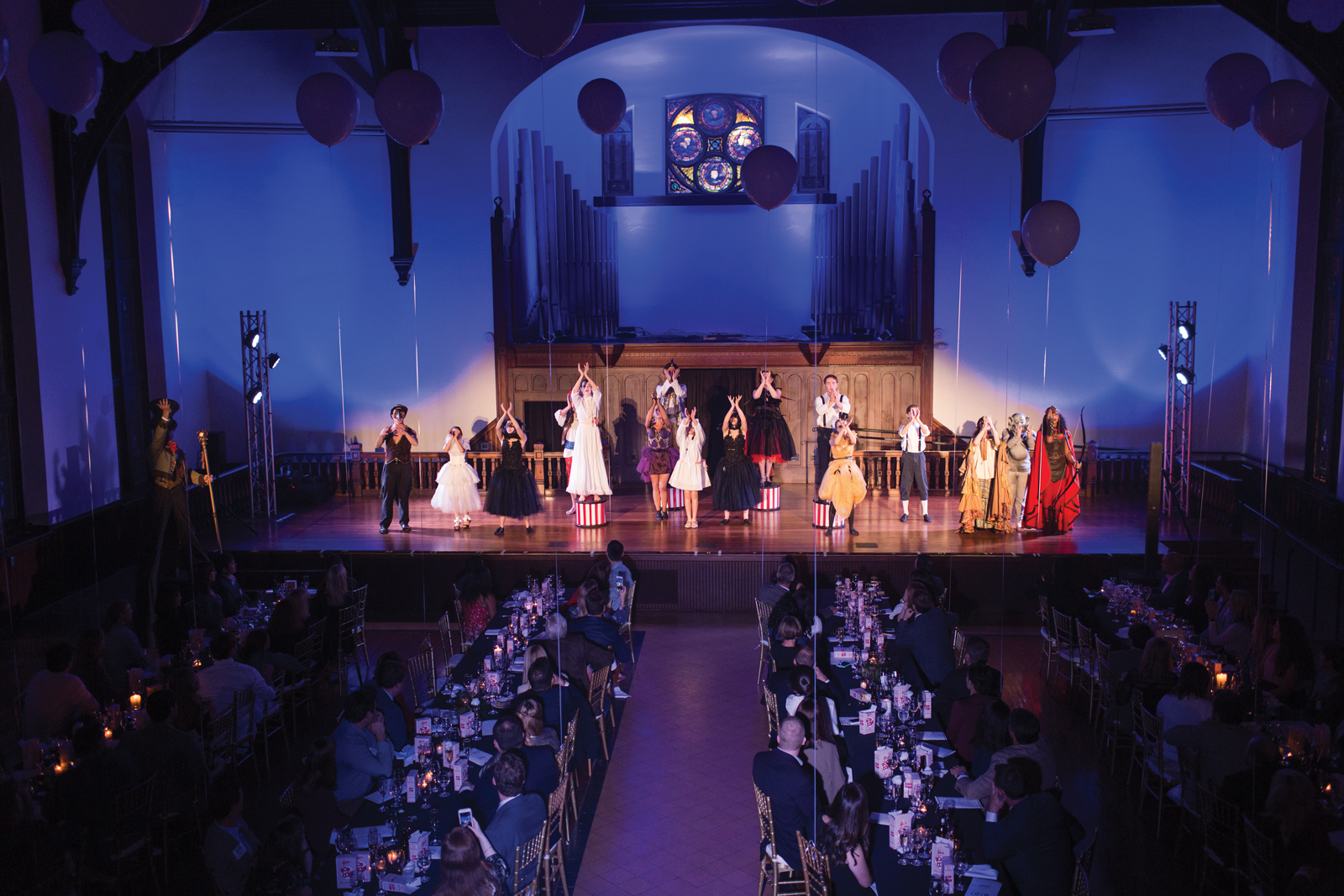 The Circus of Dreams pulled out all the stops for the 40 young professionals and their dates who were recently invited to the ninth Mobile Bay Magazine  40 Under 40 awards. It was an evening of mingling with friends, old and new, laughing, networking and enjoying a family-style dinner. But the show at the end of the night no doubt made the biggest impression on those assembled.

Recipients were treated to a taste of what was in store as soon as they stepped across the wooden threshold of The Steeple on St. Francis, a former church built in 1895 that was recently converted into a music hall and event space. Mysterious ladies dressed in elaborate costumes lurked in windowsills and doorways, never breaking character as the guests filed past. Upon entering the grand hall, massive three-foot balloons filled the ceiling while an actor in top hat and steam-punk tailcoat ambled through the crowd on stilts that seemed a mile high. Little touches of circus spectacular dotted the cocktail party and dinner: striped linens to caramel popcorn to cotton candy-topped Champagne for dessert. 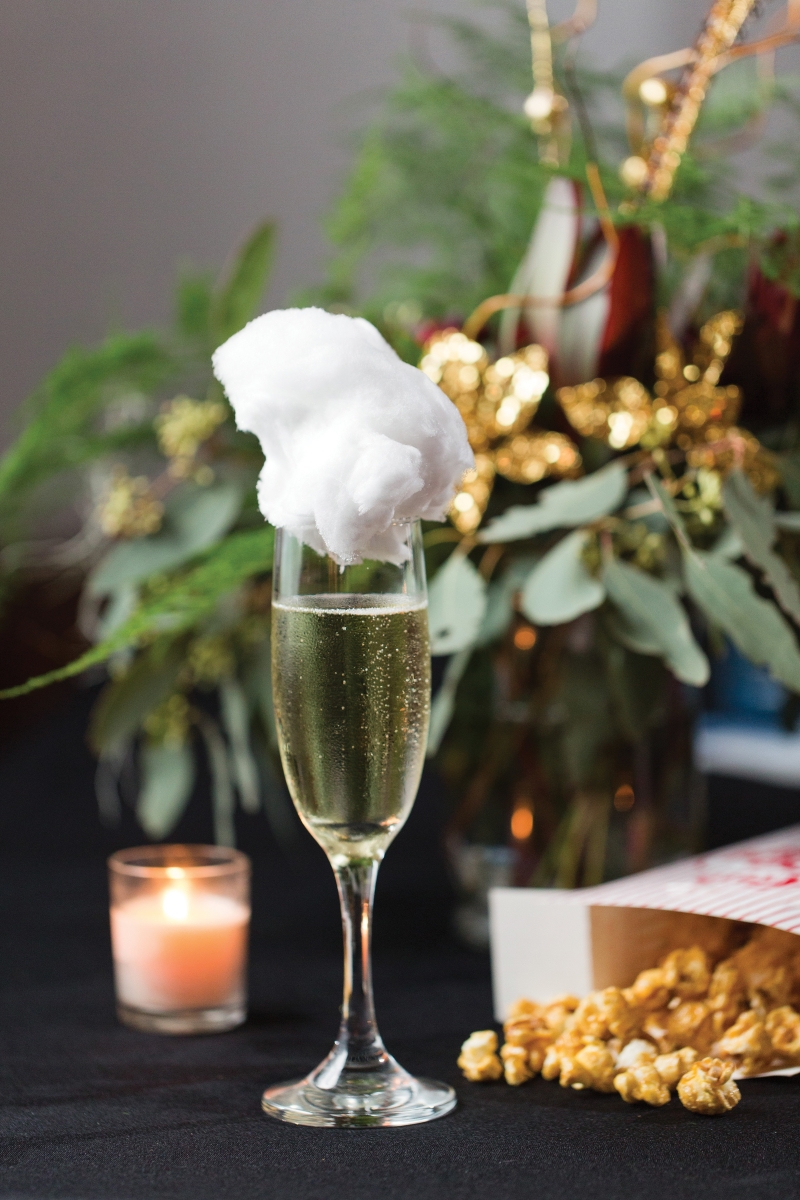 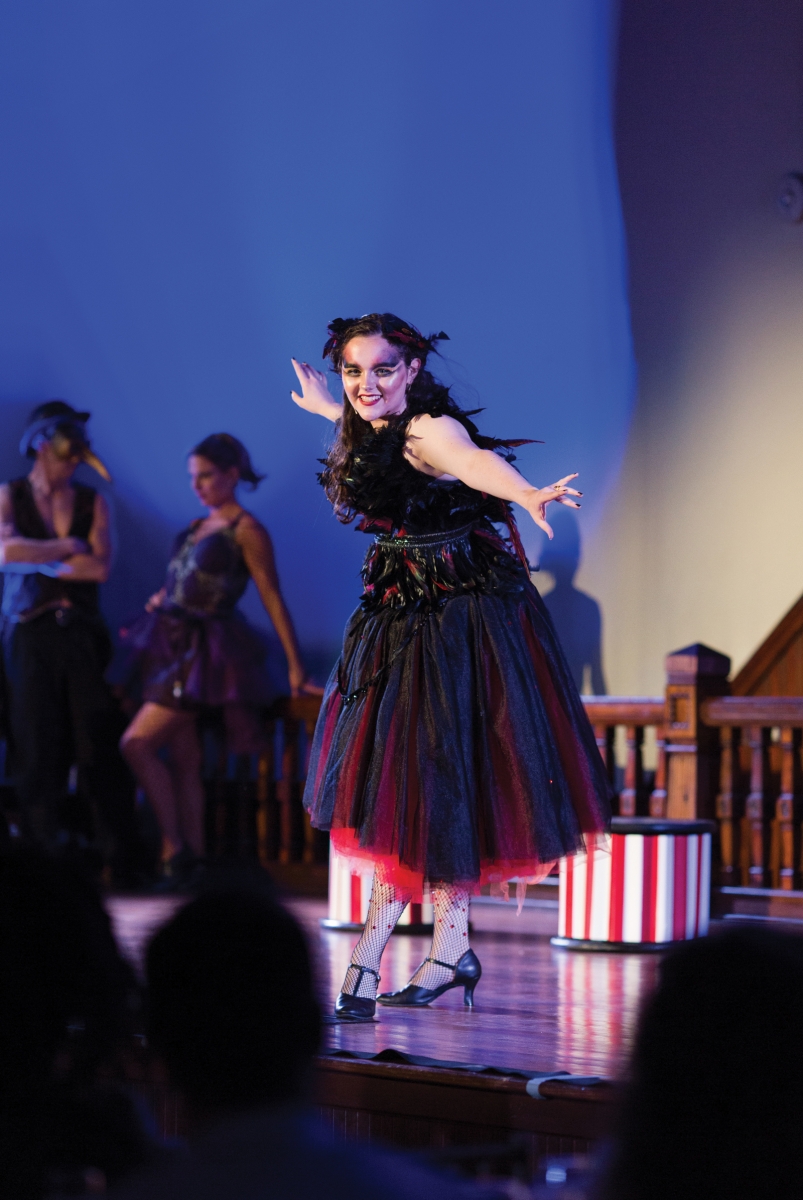 After a locally sourced dinner, prepared by The Noble South, the lights dimmed and the show began. Eastern Shore Repertory Theatre entertained the assembled with song, dance, acrobatics and whimsy. Erin Langley, a member of this year’s 40 Under 40 class, directed this surprising treat for the senses.

The dinner was generously sponsored by Alabama Power, Regions Bank and the University of South Alabama. Without their support, this event would not have been possible.

The 40 Under 40 awards seek to honor young professionals who have made a significant impact in their field of business while at the same time giving back to the community with their time and talents. Each year, MB receives several hundred applicants, all of whom are impressive beyond measure. The panel of judges has the difficult task of bringing the count down to just 40 to be honored with a special event and coverage in the magazine. Click here to meet this year’s class of honorees.

1. Preheat oven to 325 degrees. Heat olive oil in a large Dutch oven over medium-high heat. Season beef with salt and pepper and sear on all sides in the Dutch oven. Remove beef from pan and set aside.
2. Add onion, celery and carrot to pan and cook until caramelized. Add the wine to the pan to deglaze. Simmer the wine until reduced by half, then return the cheeks to pot. Add beef stock, thyme, rosemary and garlic. Bring to a boil, cover then cook in the oven for 2 hours and 45 minutes.
3. Remove the lid and cook an additional 45 minutes to reduce cooking liquid, rotating the cheeks every 15 minutes so they don’t dry out. Serves 6. 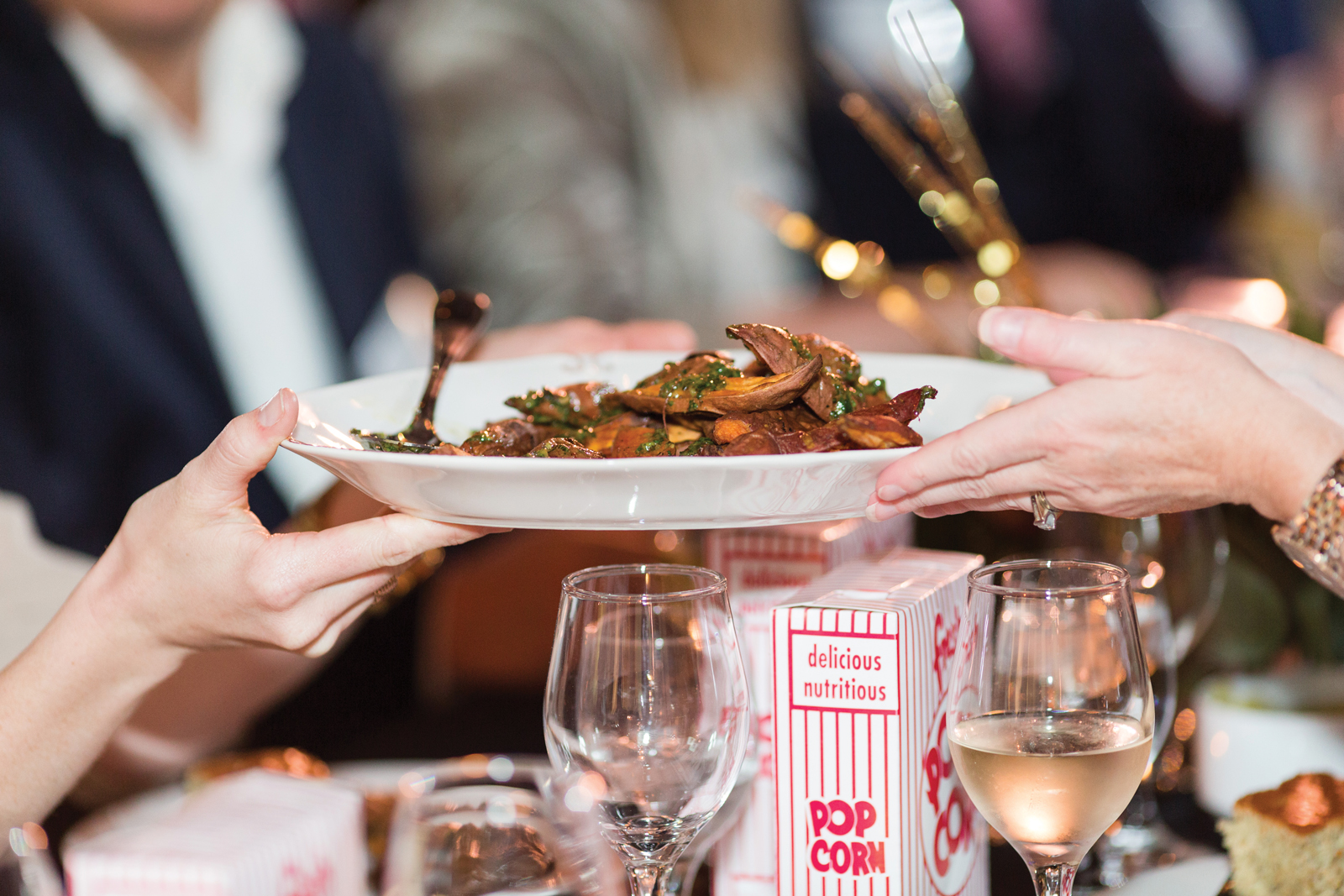 1. Preheat oven to 425 degrees. Cut baby sweet potatoes in half lengthwise and toss in a mixing bowl with oil, salt and pepper. Place on a sheet pan and roast for 30 to 40 minutes, stirring occasionally until golden brown.
2. Serve with a drizzle of Herb Garlic Sorghum Glaze (below). Serves 6.

1. Combine all ingredients into a mixing bowl and serve. Makes 3/4 cup.