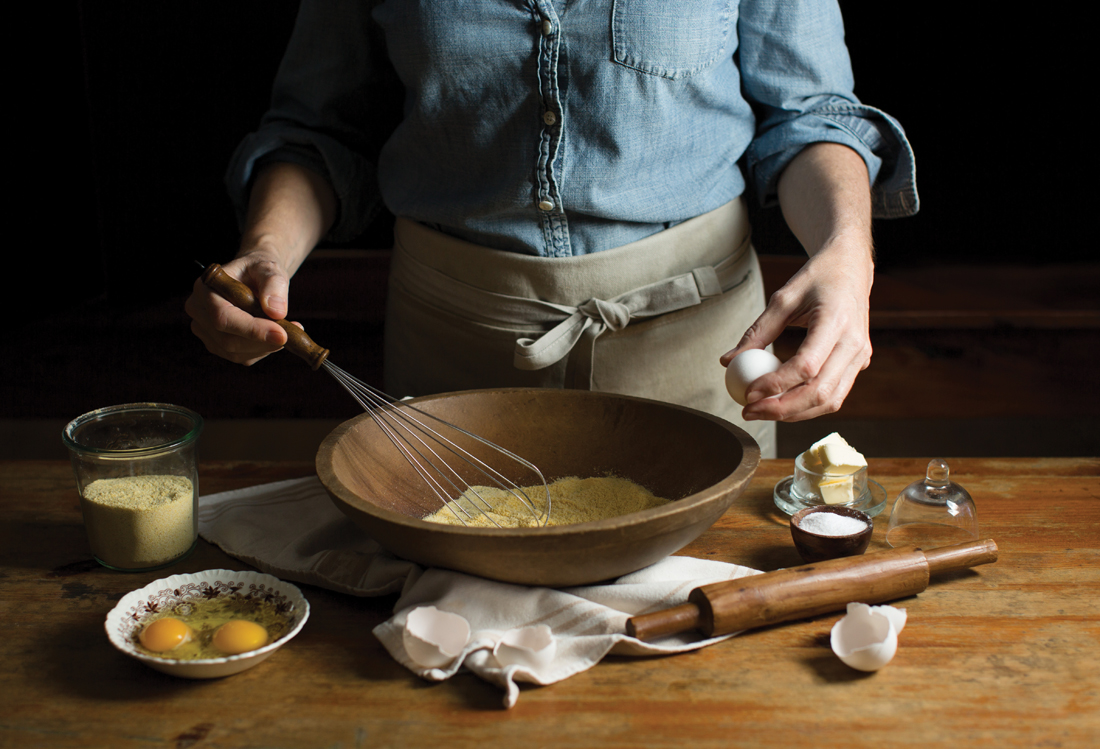 In honor of the bicentennial celebration of Alabama’s statehood, which kicks off this May and lasts for the next three years, MB decided to reflect on the cuisine of our forebears. Mobile’s own birthday predates our state’s by 117 years, but for such an old city, it was still incredibly unrefined in 1819 when Alabama became the 22nd state. Men outnumbered women two to one, and meals lasted an average of five or six minutes and were described as being “swallowed mostly unchewed.” In just a few decades, however, our dear hometown grew from a tiny port with only a few hundred residents to a metropolitan city that was sometimes referred to as the “Paris of the South.” Naturally, with population growth and cultural refinement, the cuisine improved as well.

Still, most early Alabamians were subsistence farmers who primarily lived on what they could produce from “Indian corn.” At the time, the word corn referred to most any kind of grain (such as wheat, rice or oats). Wheat was scarce in this part of the country and usually exported to Europe when available, so corn became the mainstay of a Southerner’s diet. Gardening, hunting, fishing and gathering local items such as herbs, greens, wild fruits, nuts and shellfish supplemented their fare.

At this time of year, Southerners would be pining for that fresh summer crop of corn and other backyard veggies. However, they would still have had a good supply of dried cornmeal stored from the year before. Johnny cakes, corn dumplings, porridges and possibly even the occasional cake would sustain the early Alabamians in late winter and early spring, along with those vegetables and meats they had preserved, pickled and otherwise “put up.”

Southerners hold tight to tradition, and it is remarkable how many flavors and ingredients would be familiar to Alabamians who lived centuries apart. The following recipes are inspired by those we encountered in our research of the era but updated for modern cooks (and tastebuds).

Most good Gulf Coast cooks keep filé on hand for sprinkling over a bowl of gumbo, but very few cooks have ever used the sassafras spice in any other way. As a marinade, it imparts a light, herbaceous flavor to pork that blends perfectly with the garlic.

1. Combine the oil, vinegar, water and spices in a mason jar with a lid. Shake to combine for marinade.
2. Trim the pork tenderloin of silver skin and any unwanted fat.
3. Put the pork in a large zip-top bag or glass baking pan and cover with the marinade. Refrigerate for several hours.
4. Heat oven to 500 degrees. Remove pork from marinade and place in a clean baking pan. Sprinkle with more kosher salt and black pepper to taste.
5. Roast for 20 – 25 minutes, until internal temperature reaches 145 degrees. Remove from oven and let rest for 10 minutes before slicing and serving. Serves 4.

It is said that in the early days of Alabama, Choctaw women would walk the streets of Downtown Mobile selling hand-ground sassafras leaves, which today we call gumbo filé (pronounced fee-lay). It is a thickening agent most often used in gumbo, and recipes for other uses are hard to find. Tradition says that cooks should thicken gumbo with okra in summer when its fresh, and filé should be used to thicken it all winter when no fresh okra is available. The filé you find in grocery stores today is sometimes a mix of herbs and does not have the thickening properties of the freshly ground leaves. If you ever encounter a sassafras tree in the wild, pick a branch and hang it upside down indoors to dry. Remove the leaves and grind with a mortar and pestle or blender. Store in an air-tight container.

Early Alabamians’ diet mostly consisted of the many dishes that can be made from dried corn. The addition of sweet potatoes makes this cornbread unique and exceptionally moist. The cornbread is already fairly sweet, but the addition of a drizzle of warm Sorghum Butter Sauce makes it over-the-top delicious.

1. Peel and chop the sweet potatoes. Boil in an inch of water, covered, until fork tender. Drain the water and mash with a fork. Allow to cool.
2. Preheat oven to 350 degrees.
3. Add the butter and sugar to the bowl of an electric mixer and beat with the paddle attachment until mixture is light and creamy.
4. Remove the bowl from the mixer and stir in the sweet potatoes.
5. Gently whisk the eggs in a small bowl and then add eggs to the sugar-butter mixture.
6. Add the milk and then the cornmeal and stir to combine. Pour into a greased casserole or cast-iron skillet and bake for 50 – 60 minutes, until set and light golden brown on top. Serve warm from the oven with warm Sorghum Butter Sauce drizzled over top. Serves 8.

1. Combine ingredients in a small saucepan over medium heat. Stir constantly until butter melts, then stir occasionally until syrup comes to a gentle boil. Allow to simmer 10 minutes, until thickened. Turn off heat and pour into a heat-proof pitcher.

A cornmeal cake would have been right at home on an 1819 table as early Alabamians had little access to wheat flour. Use whatever fresh citrus you have on hand. While Meyer lemons weren’t introduced to Alabama until later, they are the perfect citrus for this cake. Satsumas and grapefruits also work well.

1. Preheat oven to 350 degrees. Cut a piece of parchment roughly the size of a 9-inch cast-iron skillet. Press into the bottom of the skillet.
2. In a small saucepan over medium heat, bring 1/4 cup butter and the brown sugar to a boil , stirring constantly. Pour into the lined skillet and spread evenly.
3. Thinly slice 2 – 3 citrus fruits crosswise, removing seeds. Discard the ends of the citrus. Set a small slice in center of butter mixture in pan. Arrange more slices in overlapping circles to fill pan (each slice should overlap the previous one by half). Pleat the parchment paper sides to fit, and trim excess paper from top edges.
4. Beat remaining 1/2 cup butter, the granulated sugar and zest of the two remaining citrus in a large bowl with a mixer on medium speed to blend, then on high until pale and fluffy, 3 – 4 minutes. Add 1 egg at a time, scraping inside of bowl and beating well on high speed, about 1 minute per egg.
5. In a medium bowl, whisk together flour, cornmeal, baking powder and salt. In a separate bowl, combine milk and vanilla.
6. Add 1/3 of flour mixture to butter mixture and blend on low speed, scraping inside of bowl. Blend in half of milk mixture. Repeat to incorporate remaining ingredients, ending with flour mixture. Pour batter into pan. Spread evenly.
7. Bake 50 minutes. Cake will be well browned. Let cool in pan on a rack for 1 hour. Invert cake onto a plate. Remove parchment and cut cake with a serrated knife. Serve topped with strawberry compote and fresh whipped cream. Serves 8 – 10. Note: Serve same day for best results.

Strawberries are often the first fruit to come in season after a long and hard winter, making them especially exciting! Early settlers would have foraged for wild strawberries as well as grown them in their kitchen gardens. This strawberry compote can be canned, preserving the fresh flavor of spring for later seasons.

1. Combine all ingredients in a small saucepan. Bring to a boil. Simmer gently for 20 minutes until liquid is reduced by half. Skim any foam if necessary. Pour into an airtight container. Allow to cool. Keep in refrigerator for up to 1 month. Makes 2 cups.

1. Blanch all vegetables, except radishes and red onion, in boiling water 2 minutes. Cool in ice water bath, then put in a large glass mason jar with radish and red onion. Set aside.
2. In a small saucepan, bring the vinegar, water, spices and lemon to a boil. Pour over the vegetables in the jar, then let cool. Refrigerate at least 4 hours before serving. Makes 1 quart.

Mason’s Leeds china, circa 1932, was provided by Maggie Lacey and passed down from her great-grandmother, Hilda McPhillips.