It’s been a long time coming! Like the ebb and flow of the waters that it celebrates, the GulfQuest National Maritime Museum of the Gulf of Mexico has certainly had its ups and downs. For almost a decade, the ghostly structure silently lingered upon the waterfront in Downtown Mobile, desperately hoping for an eventual high tide. Many questioned if it would ever come to fruition, and at a hefty price tag of more than $62 million, it became fodder for local media. However, the project has overcome every blockade and risen to greatness. The crews have swept away the cobwebs and installed 90 impressive, state-of-the-art interactive exhibits rivaling those in the most elite museums in our nation’s capital. This month’s grand opening, to be held on Sept. 26, celebrates and christens GulfQuest as the world’s only maritime museum dedicated to the historical, cultural and economic significance of “America’s Sea, ” the Gulf of Mexico. Here, retired harbor master, Dave Carey, shares a captain’s preview inside this spectacular new attraction.

FAQ: Is GulfQuest owned by the City of Mobile?

According to Diana Brewer, the director of marketing and public relations for the museum, “GulfQuest stems from a public / private partnership between the City of Mobile and the nonprofit National Maritime Museum of the Gulf of Mexico.” As the City constructed the building, it will maintain the facility; however, the nonprofit will oversee all museum exhibits, infrastructure and operations. 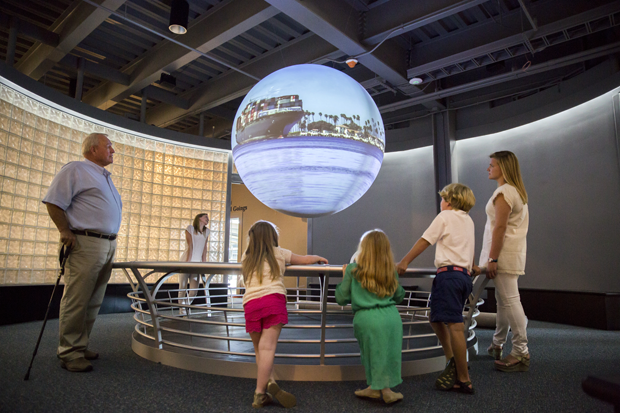 ABOVE Captain Carey, who was active Coast Guard for 27 years before his 18-year stint as Mobile harbor master, shows off the 360-degree ocean planet exhibit to his grandchildren. Left to right: Alice Carey, 13; Addison Feirman, 6; Leah Grace Feirman, 8; Thomas Carey, 8; and Margaret Carey, 16. The 3-D globe is capable of displaying 400 different data sets, including real-time weather, ocean currents and hurricanes from the past 100 years. 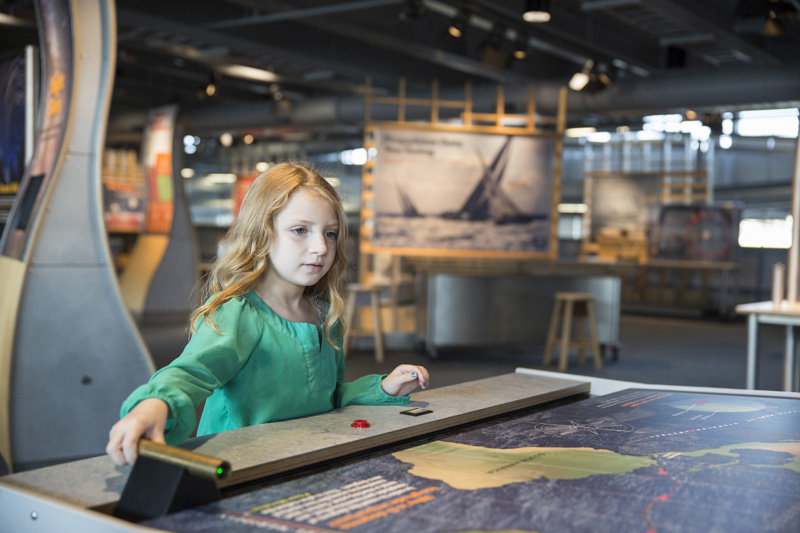 ABOVE Leah Grace explores antiquated marine tools, such as a cross staff and quadrant once used for determining a vessel’s latitude. 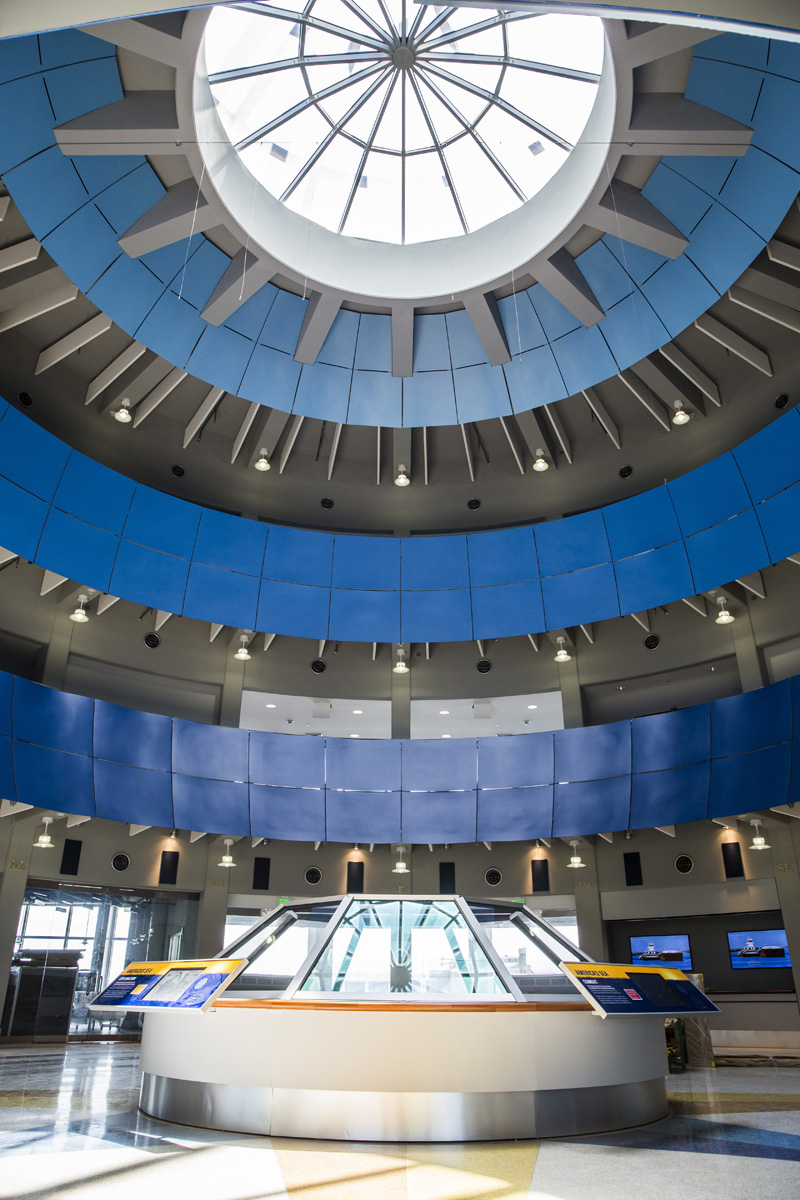 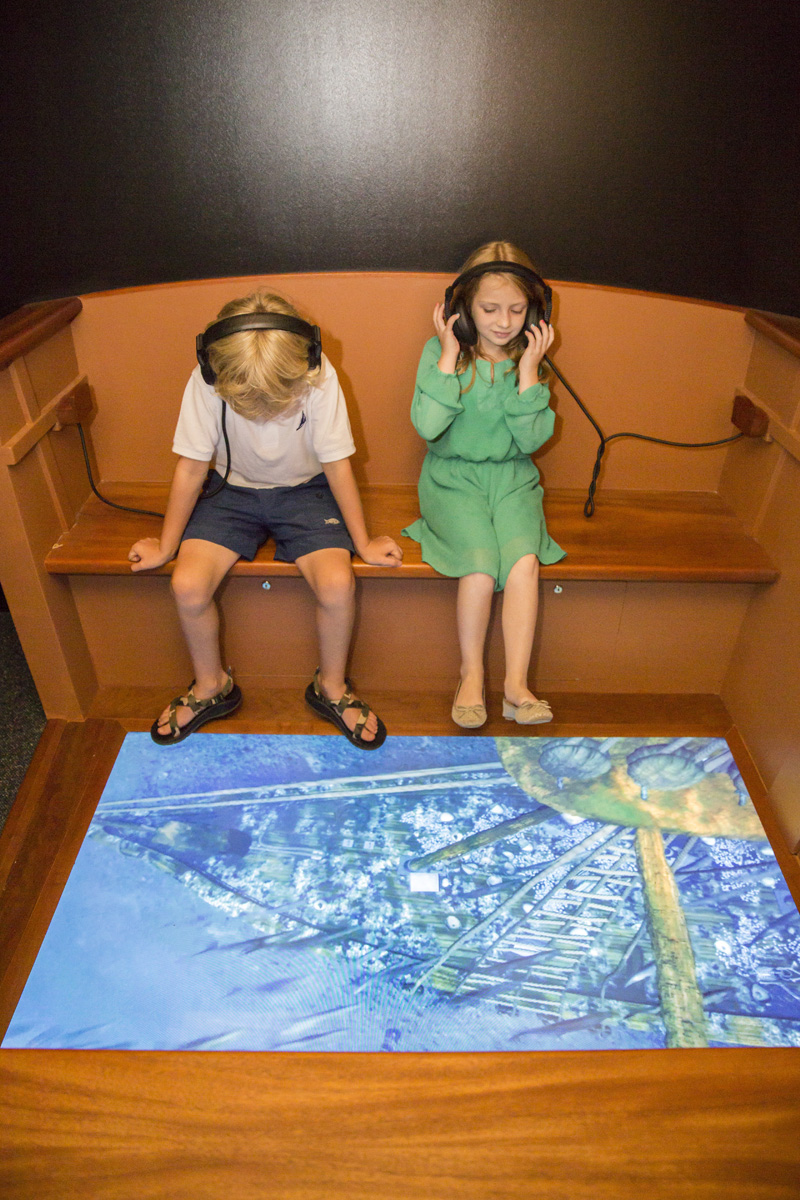 ABOVE LEFT Just inside the modern facade, visitors are greeted in a breathtaking atrium mimicking a compass. At center, a domed map allows guests to select a category – commerce, environment, exploration and combat – to view light-up designations of the places of impact on our coast. The waterfront dining area, The Galley Café, Treasures gift shop and museum ticket booths line the perimeter.

ABOVE RIGHT The 8-year-old cousins hop inside “El Cazador” to experience a piece of nautical history. In 1993, a fishing trawler discovered Spanish treasure from the 1784 brig that sank en route to bail out the territories with gold coins. The consequences of that wreck were incredible: The Spanish territory’s economy never rebounded, Spain ceded the land to France, and it was then sold to the U.S. as a part of the Louisiana Purchase. 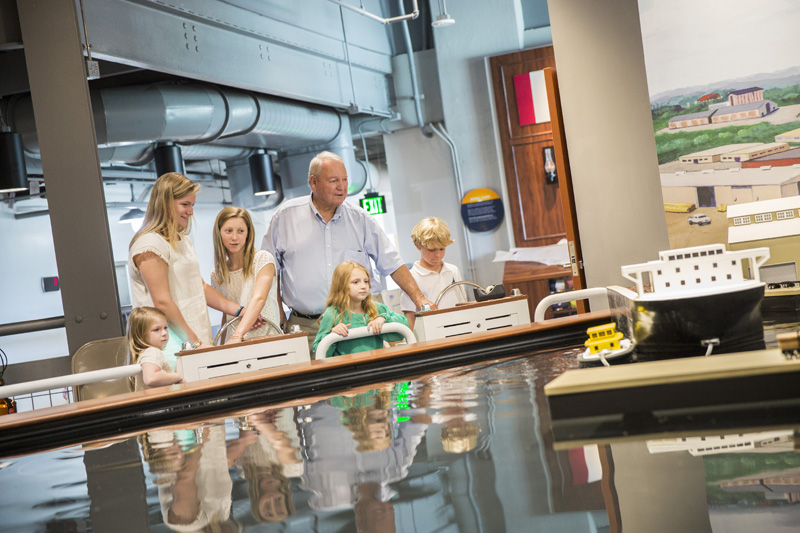 ABOVE At the “Ships Ahoy” hands-on demo, the Captain instructs his grandchildren on how to maneuver the remote control tugboats through the harbor. 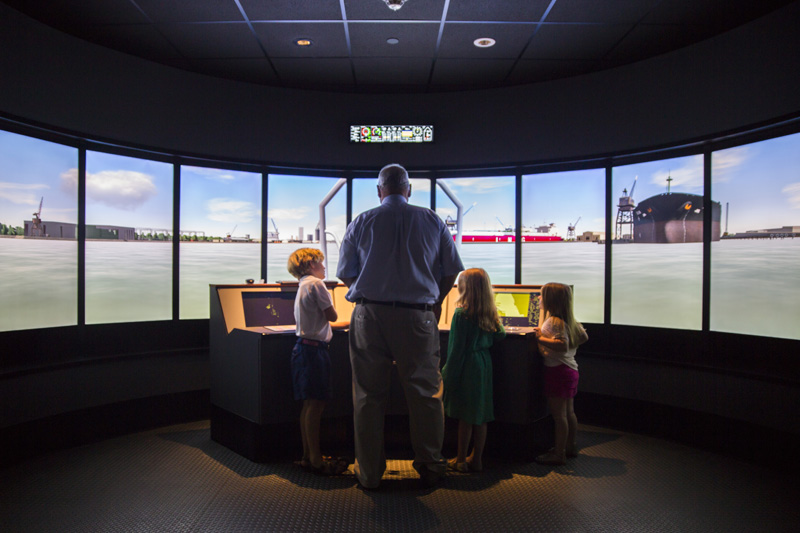 ABOVE Sure to be a favorite among all ages, the bar pilot simulator elicits comments of “Woah! Cool.” Just outside, the upper deck offers unrivaled views of the Mobile skyline and port.