Sometimes you have to go out into the world to realize you want to be back where you started. You have to pursue one dream to realize you were destined for another. At least, that’s what happened to Marc Jackson.

Jackson grew up in the Plateau community of north Mobile, also known as Africatown, and attended McGill-Toolen High School. He eventually moved away from Mobile, began a successful banking career and married a surgeon. On paper, his life seemed to be going exactly as planned. Privately, Marc found little fulfillment in his career in finance. He decided to move home and, shortly thereafter, opened Kazoola Eatery and Entertainment, the only jazz club in downtown Mobile. Notably, it’s also the only African American-owned and operated property on Lower Dauphin Street. Today, Jackson provides good food and great music in an establishment where Mobilians from all walks of life can come together and have a good time.

Opening a run-of-the-mill restaurant wouldn’t suit Jackson. He wanted to use this business venture to honor his neighborhood and the great legacy it holds. The name Kazoola was the African name of Cudjo Lewis, the last living man from the Clotilde, which was the last slave ship brought to the United States. His story is amazing and heart-wrenching and one that should be told; Jackson tells it well. The walls of his LODA restaurant are covered with framed archival photos of Cudjo Lewis, the Clotilde manifest and other landmarks around Africatown.

The place is thick with history, but don’t let that fool you; the food and drink are fresh and exciting. The American menu offers soul-food-inspired sides and brunch choices on Saturdays and Sundays. Jackson hired a chef he knew from his neighborhood, and the two have created stick-to-your-ribs comfort food that has already won many loyal fans since Kazoola opened last year. By day, the restaurant is the perfect place to dip out of the hot Mobile sun for a hearty lunch. But at night, Jackson shares, “It’s a grown-up spot where you can sit back and really enjoy some high-quality music.” The native Mobilian saw a need for true jazz, blues and Motown on the Mobile music scene, and he took inspiration from BB King’s Blues Club and other music venues. Kazoola is open late for those interested in a big night out, and the creative concoctions coming across the bar won’t disappoint, either.

Jackson is an ideas man, and he’s got the energy and follow-through to bring his visions to fruition. He has big plans for the buildings and courtyards surrounding Kazoola; a taproom, a cigar bar and a roof deck with an impressive view of the city skyline are all in the works. Keep your eye on this spot — we hope it becomes a downtown Mobile mainstay. 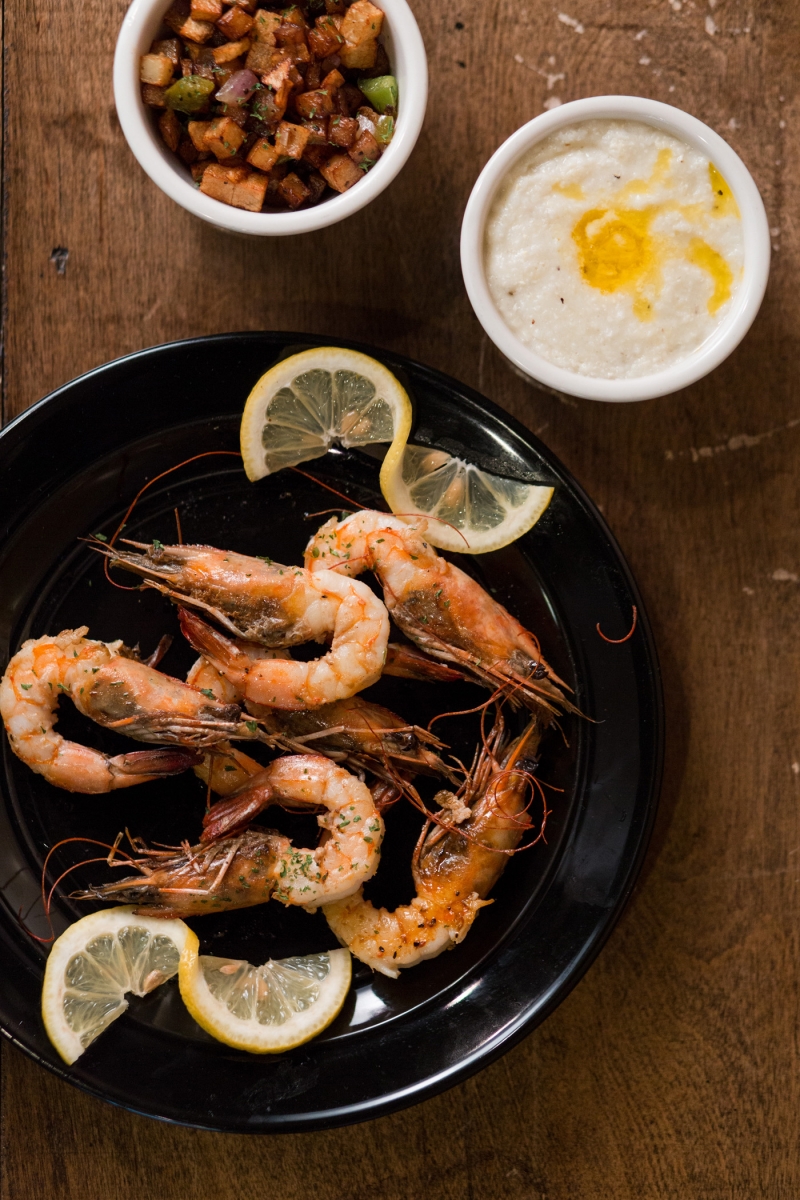 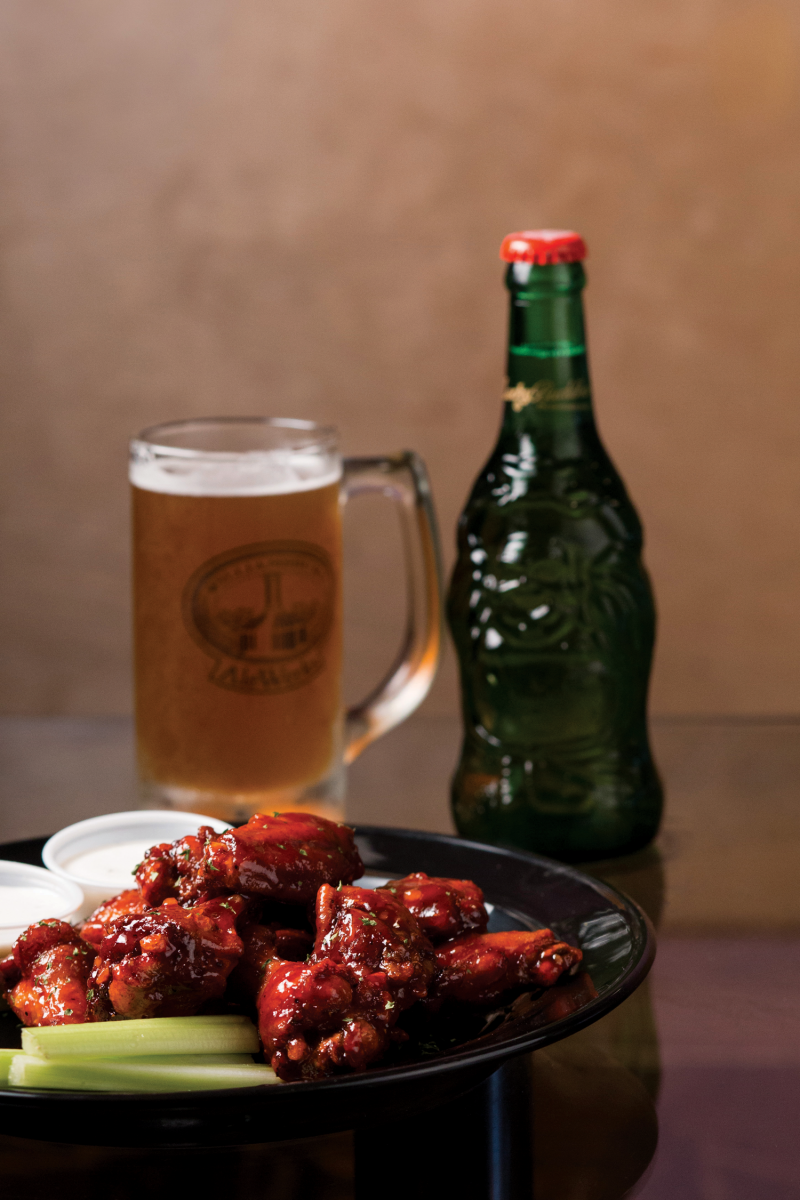 Wings
Crispy with a slow heat, these wings (above right) are one of the most popular menu items. Try it with a Lucky Buddha beer, an Asian-style lager that is described as “enlightened!”

Grilled Gulf Shrimp
These sweet extra jumbos (above left) are peeled and deveined, but the heads and tails are left on. They’re grilled to perfection with nothing but olive oil, salt and pepper, then served with buttery grits and sautéed hash.

The Burger
A super-thick patty is seasoned with Worcestershire and topped with smoky grilled onions, two kinds of cheese and applewood smoked bacon. The bun is butter-grilled just right.