Like any number of rural Baldwin County folk, Johnny Wise runs a farm. He raises the usual array of livestock: cows, horses, chickens, goats and the like. However, behind his black iron gate lies no ordinary piece of property. Quite the contrary, this unassuming slice of Silverhill is actually a backcountry wonderland.

Just standing on his front porch is a singular experience. The wail of a peacock carries across the warm air, followed by a rooster’s crow and the chitter of songbirds. The veranda offers an excellent view of the front pastures, where alpacas, llamas and miniature cattle graze. To the left, a pair of miniature horses and a diminutive white mule stare back with mild interest. 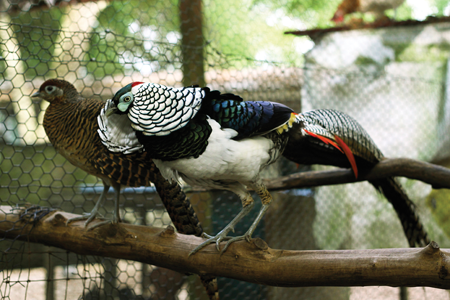 It’s hard to say what the main attraction is here: the mini cows, the tallest of which stands only about 3 feet, or the aviary, with its brightly plumed exotics. The cattle certainly take home the prize for charm. The boldest, and most striking, cow is a mixed-breed named Tequila. The rest are gray and tranquil, but Tequila stands out with a shining black-and-white speckled coat, a handsome set of horns and fearless curiosity.

As Wise sits in his golf cart, Tequila strides up to him and nudges him with her snout. Obligingly, he reaches for a canister of treats and feeds her. 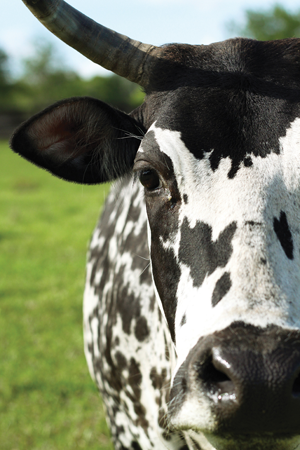 With the exception of Tequila, Wise’s herd of 13 cattle is comprised entirely of miniature zebu, an Indian breed known for a distinctive back hump, short horns and a broad neck flap. (Tequila is half zebu, half watusi, a common African breed.) Not particularly good for beef or milk, zebu make excellent pets because of their disposition.

“I could be playing golf, where green fees are $75 to $100, ” he says. “Or I could be fishing – and charter boats cost $200.” Instead, Wise chooses to spend his retirement cultivating his menagerie.

The choice seems fitting. “I was raised on a farm and I was a wildlife biologist, so I’ve been fooling with animals my whole life, ” he says.

Wise’s fondness for his critters is so great that when he moved from Eufaula, Ala., to Silverhill five years ago, he packed up the whole zoo and transported them across the state. “Ever watch ‘The Beverly Hillbillies’?” he asks. “Jed Clampett – that’s what I looked like, going down the road.” 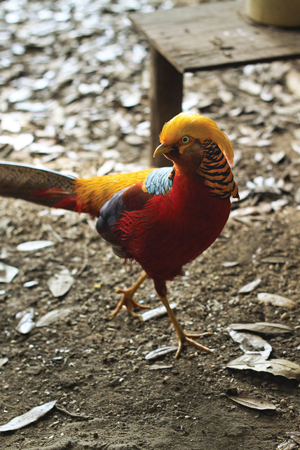 The Silverhill farm is a continuous work in progress – particularly the aviary, which Wise built from scratch. The birds are clearly his pride and joy. He shows them off one by one, lingering by each enclosure. The species’ names are as arresting as their brilliant plumage: Temminck’s tragopan; Lady Amherst’s pheasant; pied peacock. He shows with particular pride his hatchery, where a wide assortment of eggs warms in an incubator.

Neighbor Alex Stuart drops by to collect peacock feathers, which she will work into the handcrafts she sells at Lambert’s in Foley. As the sun sinks below the tree line, Stuart and Wise take a few minutes for a neighborly chat.

On impulse, Stuart asks: “How many birds do you have, Mr. John?”

Wise pauses for effect, and with a small smile he replies: “I can tell you exactly. Too many.”

text and photos by Catherine Dorrough