The bright blue doors of The Fairhope Store (thefairhopestore.com) are propped open on this warm morning, and owner Lisette Normann stands before a display of merchandise — hats, tumblers, license tags, T-shirts — all bearing the logo that has become synonymous with the bayside town.

“I read one time that only 5 percent of people in the world actually do what they love for a living,” she says. The artist and entrepreneur considers herself a proud and thankful member of that small club.

When Lisette first sketched the word “Fairhope” on a notepad in 2010, substituting the “A” for the roofline of a pier, even she couldn’t have imagined the journey she had begun. But the more you learn about Lisette, the more it becomes clear that her journey to The Fairhope Store began many years before picking up that notepad.

A Fairhope native, Lisette had a childhood that was magical, even by the standards of the enchanting Eastern Shore. Her family owned and lived in the Fairhope Hotel, which provided an endless cast of characters to occupy the young Lisette. Her grandfather, Wallace Milham, looms large in her memory. A one-time bread truck driver for Malbis Bakery, the enterprising Milham eventually opened up The Yardarm restaurant on the Fairhope Pier, as well as the neighboring marina. But Milham’s legacy would extend far beyond his own endeavors. When Lisette was 6, her grandfather asked what she would like to do to make money.

“I want to open a store,” she answered.

“Well, what would you sell in your store?”

“OK, let’s do it,” her grandfather said.

Before long, Lisette was operating her own snack bar on Fairhope Pier, responsible for keeping track of her inventory and profits.

“I was taught that you could be successful at anything if you love it,” she says. “And that was him. Every move he made, he loved it.”

So it’s not all that surprising that, upon returning home to Fairhope after working for more than a decade in New Orleans as an oil painter, Lisette heard the faint echoes of that conversation with her grandfather.

“I just kept thinking, ‘What can I do to celebrate this town?’” 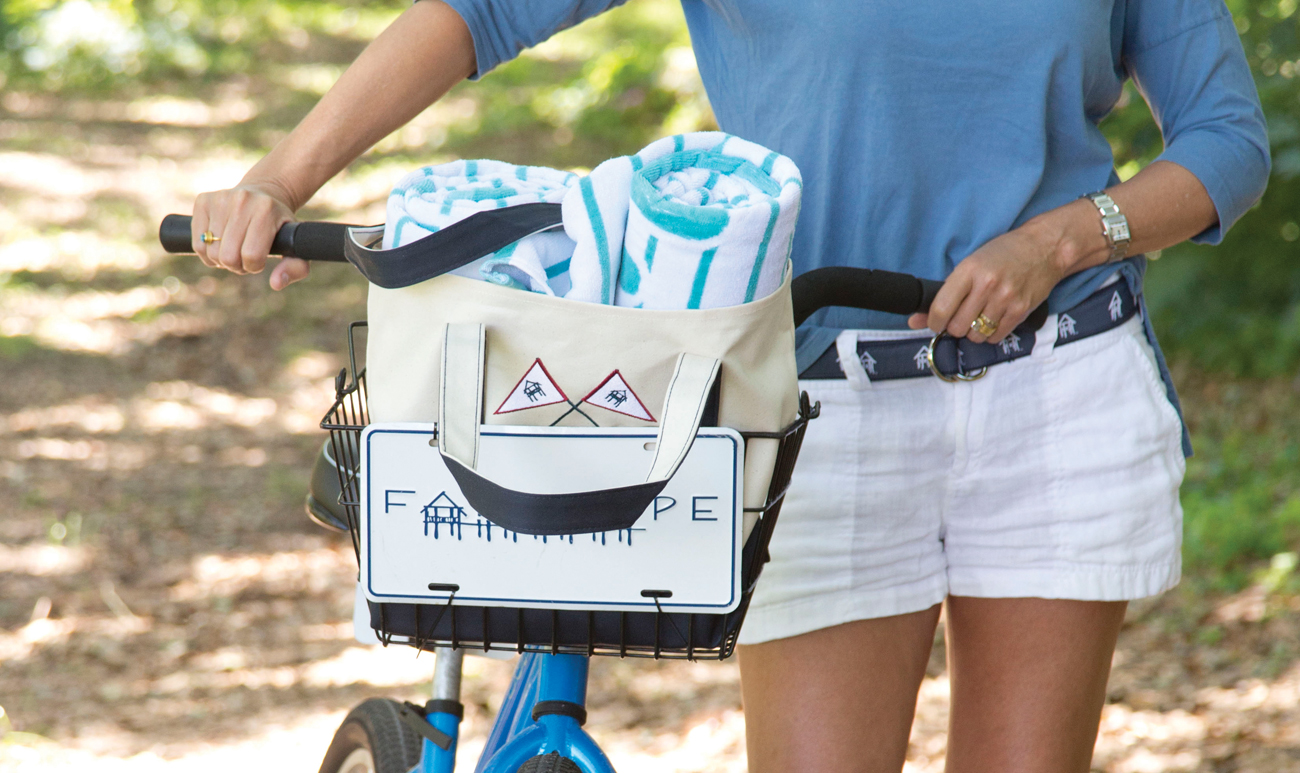 Having lived for a stint in St. Simons Island, Georgia, she says that when she returned to Fairhope, “almost everything I wore had Sea Island on it.” It got the artist thinking, why doesn’t my hometown have merchandise like this?

“I worked for about eight months on how I could say Fairhope in a cool way,” she says. “My inspiration was being away in New Orleans and then in St. Simons Island — what was it that I missed? When I would come home, where would I drive in my car and say, ‘I’m home?’ It was the houses and the piers.”

“I had to paper up the doors and windows again and say, ‘We’ll be back!’”

In the years since, the lifestyle brand has taken on a life of its own, allowing Lisette to move the store to its current location on De La Mare Avenue and to employ a stream of local teens.

“One of the best parts of my business is that I have the ability to change the lives of the kids working here,” she says. “I can empower them to step off cliffs and go do big things with their lives.”

In 2016, Lisette opened The Orange Beach Store (theorangebeachstore.com), an undertaking inspired by the same love of place that kick-started her journey with The Fairhope Store. The bright orange logo has taken a firm hold in the beach town and beyond — Lisette says she has sold well over 70,000 Orange Beach stickers to customers worldwide. Patrons can purchase the beachy merchandise online, from a brick and mortar location on Perdido Beach Boulevard or from a pop-up store at The Wharf.

In October of 2018, when The Fairhope Store received the Gold Retailer of the Year Award from the Alabama Retail Association, Lisette packed her table of 10 at the awards ceremony with her young employees.

“I wanted them to see what it feels like to take something that was a thought — and look where you can go with it.”

Her grandfather couldn’t have said it better himself.