– Excerpt from “Gulf of Mexico: A Maritime History” – 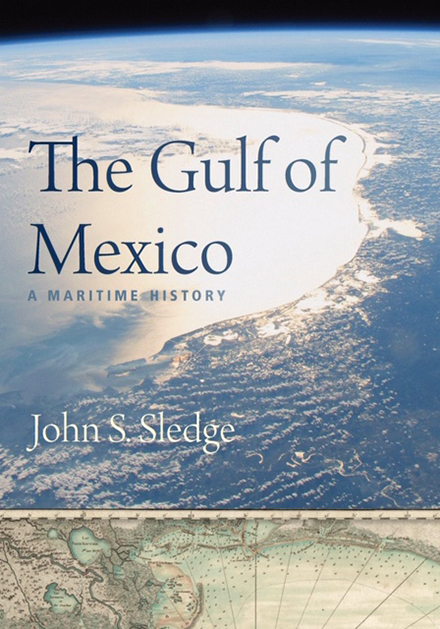 Despite the Gulf Coast’s booming war industries and busy shipping lanes, it was ill prepared for a shooting war. Lights blazed along the shore. Ships sailed unescorted and alone. Germany quickly exploited the situation, sending U-boats ghosting through the Florida Straits early in 1942. The submarine captains called the subsequent six months, during which they had virtual unchallenged sway in the Gulf, the “Happy Times.” Cargo ships and tankers were repeatedly torpedoed off the mouths of the Mississippi and along routes leading to Galveston, Mobile, and Tampa. U-boats sank fifty-six ships, totaling three hundred thousand tons. In June of 1942 they destroyed more vessels in the Gulf than in all the other theaters of war combined. After U-boats sank several Mexican ships, that nation declared war and joined the allies, coordinating nascent defensive efforts with the United States.

Every submarine attack was unique but there were also similarities, and the story of the sixty-seven-hundred-ton Alcoa Puritan may be taken as emblematic. On the morning of May 6, 1942, the ship was bound north out of Trinidad for Mobile with a load of bauxite. David Conwell was on board as third mate and later described what happened. He had just come on duty and was carrying “an entire dessert pie” to the bridge when the alarm sounded. He quickly went to his room, deposited the pie, and threw on a life belt. One of the passengers claimed to have seen a torpedo speed just astern, but the sea’s surface was calm and unruffled. “While we discussed the possibility of the torpedo’s being merely a porpoise,” he wrote, “a submarine surfaced astern.” What Conwell didn’t know at the time was that the enemy craft was U-507, commanded by Harro Schacht, a highly effective officer with the kind of classic Aryan looks Hitler loved. The Germans fired a warning shot but the Alcoa Puritan’s captain tried to flee, setting a zigzag course at fourteen knots. To no avail. The U-boat’s deck gun opened rapid fire. “These were at a rate of three a minute, for twenty-five minutes,” Conwell recalled. The Alcoa Puritan was transformed into a smoking wreck, her superstructure and funnel punctured, her anchors shot away, windows smashed, instruments broken, and multiple fires started. The captain ordered abandon ship. Conwell “ran along the port side of the main deck, now covered with heaps of bauxite from our holds, and jumped over the taffrail into the water.” He successfully swam for a lifeboat and clambered on board. No sooner was the crew safely bobbing astern the Alcoa Puritan than another torpedo sped into her. The vessel was finished. The “sea-green colored submarine” then approached the life rafts, and Schacht, wearing only shorts, apologized for the attack. He shouted that he hoped they “would make it all right,” waved, and went back below. Incredibly, none of the Alcoa Puritan’s crew had been killed, but they had certainly gotten the fright of their lives.

From “The Gulf of Mexico: A Maritime History” by John S. Sledge, ©2019 The University of South Carolina Press, https://www.sc.edu/uscpress/cloth, $29.99

An Evening with John Sledge

November 13 • 4 p.m. – 7 p.m. • History Museum of Mobile
Celebrate the release of John Sledge’s new book “The Gulf of Mexico: A Maritime History,” a sweeping work that illuminates both the risks of life on the water and the riches that come from its bounty. Enjoy hors d’oeuvres and music, and purchase a book to have it signed by the author. Parking and admission is free.