Chef Jim Smith’s new job will be a little different from his last. For starters, his kitchen will be a bit more crowded; Smith worked alone in his previous gig, so hiring and training a staff will be an adjustment, he says. The setting is another change, as he’s moved from a stately Montgomery mansion to a shaded corner building in Oakleigh. But the third difference between his previous job and his new one is probably Smith’s favorite.

“People couldn’t just show up to the governor’s mansion and ask to eat,” he says with his winsome smile. “I can’t wait to get back into meeting locals and connecting with people who are here because they want to eat my food.”

As the executive chef for the state of Alabama, Smith (the first to ever hold the position) has spent the last nine years cooking for the First Family and planning and preparing menus for events sponsored by the state. With Smith’s decision to open his first-ever restaurant, The Hummingbird Way, in the building last occupied by Kitchen on George, Mobile is adding yet another establishment to its burgeoning culinary scene — a scene which, he says, is far from reaching critical mass. “There’s room for more good restaurants in Mobile.”

The city is also gaining a bona fide celebrity chef; Smith was a top 10 finisher on Bravo TV’s popular cooking show “Top Chef,” an experience that the highly competitive chef both treasures and beats himself up over. “I don’t really wake up with cold sweats anymore like I did immediately after the show,” he says, laughing (although I get the feeling it’s not a joke).

High-stakes competition has defined much of Smith’s life, but you’d hardly know it speaking with him; the bespectacled chef is unassuming, friendly and charming — it quickly becomes clear why he was a “Top Chef” fan favorite. Inside his soon-to-be-open seafood restaurant, Smith sits down to discuss his winding journey to the Port City. 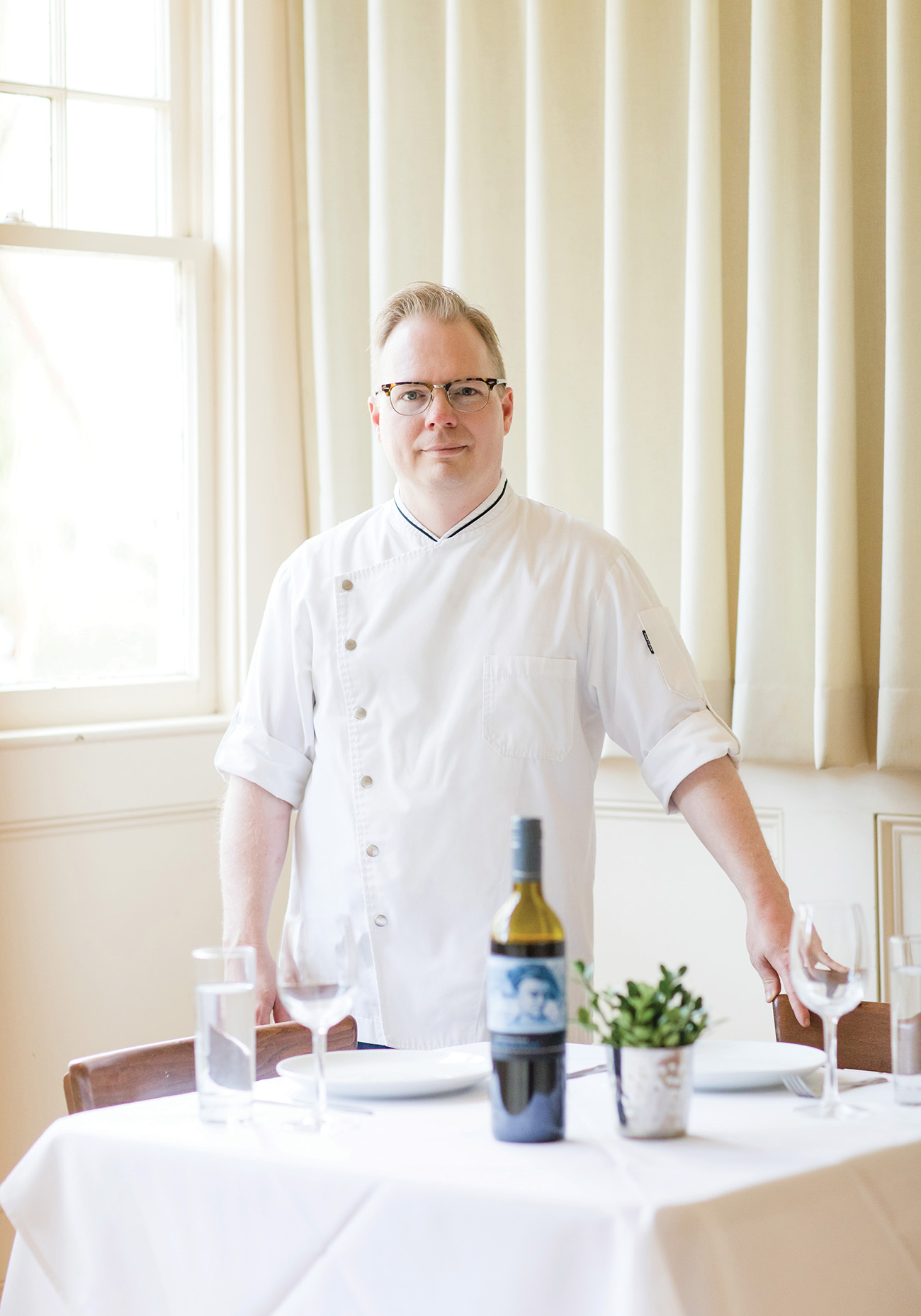 Cooking was a passion Smith didn’t discover until his 20s. “I’m not one of those chefs who has a story about tugging their grandma’s apron strings. I was more the guy who was catching the bream to be fried later.”

Born in Panama City, Smith recognizes the effect that growing up around seafood had on his later development as a chef. Whether going with his family to buy oysters straight off the dock or bass fishing in a freshwater lake near his grandparents’ home, he says that “as far as food memories go, that’s really where it all started for me.”

Smith moved with his family to Troy in middle school, where he devoted his creative energy to theater, music and photography. Debate, however, is what stuck. “I discovered this new way of learning and this new way of thinking about things,” he says. Smith found that he thrived in the “hypercompetitive, super research-intensive” world of debate, and by the time he graduated from Troy’s Charles Henderson High School, he was a three-time Alabama state champion debater. At Samford University, in Birmingham, he continued to excel in the activity, which he describes as “more like a sport that’s based in academia than just a sort of club.” Smith and his teammates would fly to places like Harvard or USC, competing in tournaments that could involve as many as 120 teams. Although majoring in psychology at the time, Smith says “the rest of the undergraduate experience was not nearly as important as debate was to me. That’s really what I was doing intensely before falling in love with food.”

There’s no question that Smith’s debating experience has come in handy as a chef. “There was a time 20 years ago when chefs could just sort of hide in the kitchen and let their food do the speaking for them,” he says. “But we live in a time when chefs can’t do that anymore. People want to talk to who’s creating their food, and they want to understand where it came from. And being someone who had thought a lot about how to structure arguments, how to describe things to people … that was really invaluable in helping me become someone who can describe food and express the passion I have for it.”

Creating recipes, he explains, is a lot like formulating a debate argument. “With debate, you could pick any subject and then dive as deep into it as possible,” he says. When creating a dish, Smith says he’ll gather 50 to 60 similar recipes and go from there.

“So when I come out on the other side after developing a recipe, it’s something that has a lot of thought, a lot of trial and error and a lot of advice from other people.”

As a college kid with dreams of becoming a lawyer or debate coach, Smith was blindsided by a newfound food passion when, needing a job, he walked into Frank Stitt’s restaurant Bottega in Birmingham and handed in an application. “I had no experience working in a nice restaurant,” he says. “Certainly not one of that quality.”

Starting off as a busboy, Smith eventually picked up additional responsibilities as a bartender and server. “I was just fascinated with cooking and service and the artistry behind it all.”

The wide-eyed youngster worked his way around Birmingham, rubbing elbows with chefs Chris Hastings and Anthony Marini and learning the food industry from the bottom up. “And it wasn’t much later that I was in culinary school at Johnson & Wales University [in Charlotte, North Carolina].” 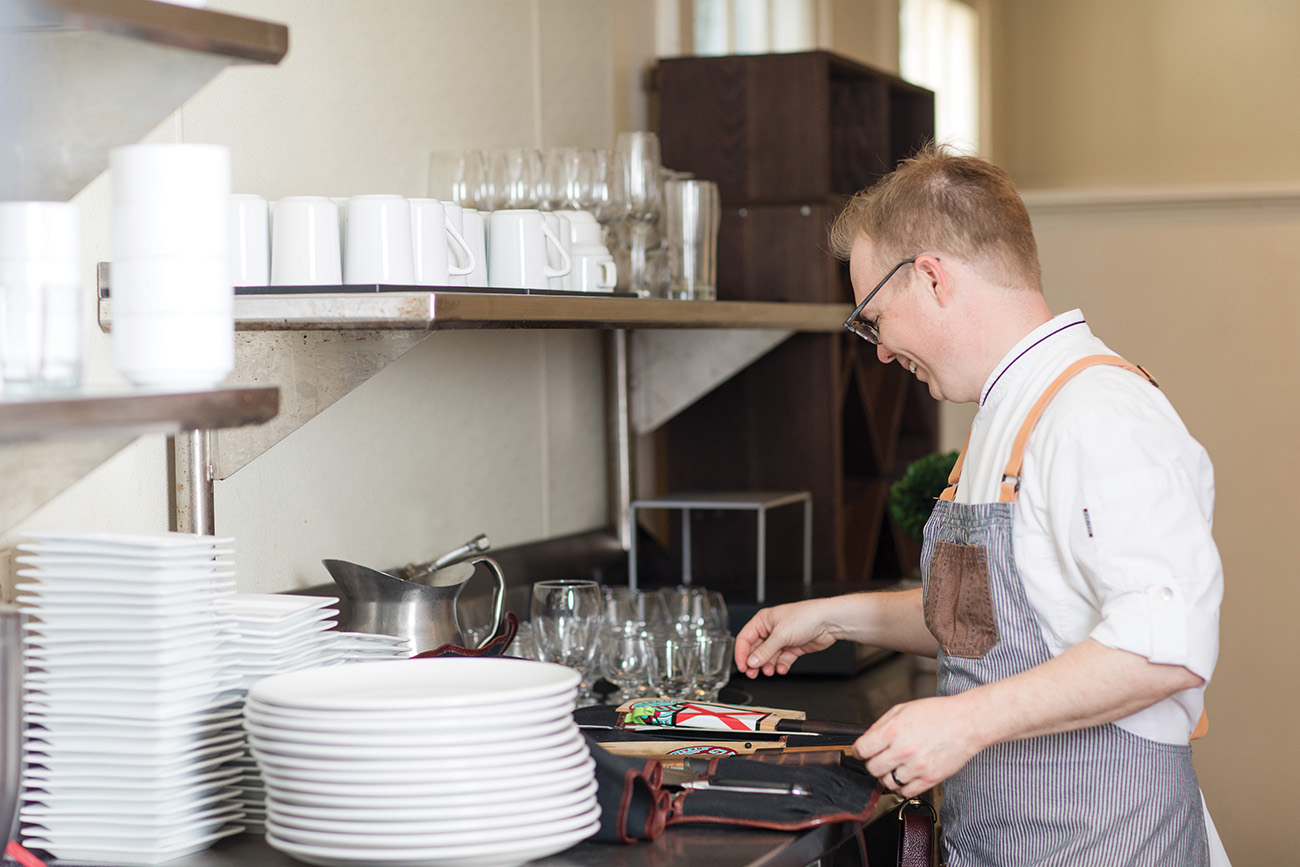 A question Smith gets asked a lot is, “How does one become the executive chef of Alabama?” The answer is surprisingly simple. Following culinary school, Smith landed a job as chef de cuisine at Dyron’s Lowcountry in Mountain Brook. As fate would have it, two of his regular customers were Diane and Robert Bentley, who made a habit of stopping at Dyron’s while on the gubernatorial campaign trail.

“We just kind of hit it off,” Smith says. “As the campaign got to the end, Mrs. Bentley started asking me questions like, ‘How do I feed all of these people at these events? What should I expect?’”

While Alabama had never had an official state chef, the position exists in several states across the country. Mrs. Bentley told Smith that she was considering creating such a role and that he should consider submitting an application. In 2011, Smith donned the chef’s apron for his state, cooking everything from day-to-day meals for the First Family to 300-person buffets at the governor’s mansion. As the state’s first executive chef, Smith recognized that a major component of his job should be to champion Alabama farmers and fishers. Invited to represent Alabama in the annual Great American Seafood Cookoff in New Orleans, Smith picked up ingredients as he drove — produce at a farmers market in Montgomery, some yellow squash at a roadside stand, crab and shrimp right off a boat in Mobile. He went on to win the competition, which provided a “huge boost” to his career and made him the national spokesperson for American Sustainable Seafood, an experience Smith describes as some of the most rewarding work of his career.

In 2016, another competition came calling.

“I was a fan of ‘Top Chef’ since season one,” Smith says. The application process for the popular Bravo TV series was a grueling, year-long slew of resumes, interviews and meetings. Charmed by the dapper Southern chef with an innocent smile, “Top Chef” selected Smith to be a contestant on season 14, filmed in Charleston. Finishing 10th of the 16 contestants, he says he relished his time on the show. “I love the pregame jitters, getting pumped up because you’re about to compete and wondering what the challenge is going to be.”

Smith says he owes a “giant debt” to the show for what it’s done for his career, but the competitor in him wanted to be named Top Chef. “I can remember the day I got sent home like it was yesterday — everything about it and everything that I could have done better. Those are things that will probably continue to haunt me.” 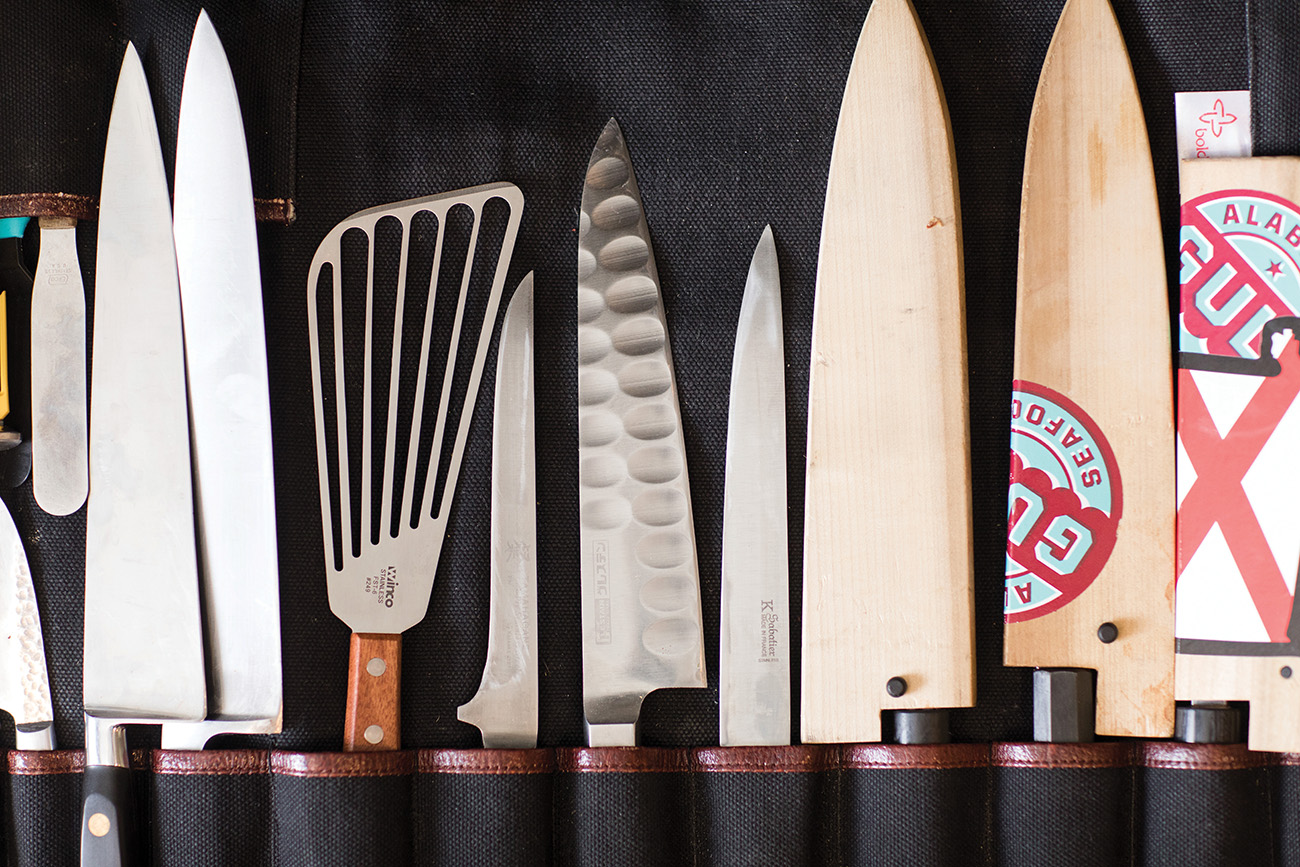 With plenty to accomplish before the opening of The Hummingbird Way (projected for December), Smith says the menu is essentially finalized. “I’m definitely what I’d call a modern Southern chef,” he says. “For example, we’ll serve an elevated version of crab Rangoon, but instead of a sweet Asian sauce, I might serve it with a house-made pepper jelly. There will be things like that on the menu that are fun and modern, but still Southern.”

The debate-champion-turned-chef thrives in the minutia. “The choices that you see in this restaurant have all been thought over endlessly by me,” he says. The establishment’s name is no exception.

“I really wanted to think of a name that was light and fun and whimsical but also had a little bit of meaning, too,” he says. Hummingbirds, he points out, are migratory birds that Mobilians know well. “But the thing that a hummingbird is always doing is trying to find the sweetest nectar … and the movement of their wings, that sort of hyper-continual movement is something that I find beautiful and impressive and something I can relate to.”

Choosing a location was another looming decision. “I knew I wanted to stay in Alabama, and I knew I wanted to do a seafood-centric restaurant,” he says. “Having done so much work with the Alabama Seafood Marketing Commission (Smith is the commission’s chairman), coastal Alabama already feels like home.”

With Smith’s decision to open The Hummingbird Way at the former home of the popular Kitchen on George, he is also fulfilling the wish of many locals who want to see another successful venture in the neighborhood. Kitchen on George was shut down a year ago this month following the abrupt closure of Virginia College, which had created the restaurant as an active lab for its culinary students. Smith says his days are currently spent scrubbing equipment, putting the finishing touches on paperwork, seeking out local farmers and fishers and finalizing interior design choices (think quartz tabletops with wrought-iron decorative bases and a tiled bar). “We’re definitely going for a little bit of a retro vibe in here.”

While he uses words like “upscale” and “fancy,” he doesn’t want to scare away the casual diner. “I don’t want to make this place sound like it’s going to be a formal restaurant because there won’t be tablecloths. You’re welcome to come in shorts and flip flops, but if you want to come in a tuxedo, you’ll fit in fine, too.”

With the final pieces of the puzzle falling into place, I ask Smith what it is about this new challenge he’s most looking forward to.

“Just the act of getting in the kitchen and making my dream come out on a plate to guests.” And that, to Jim Smith, is the sweetest nectar of all.